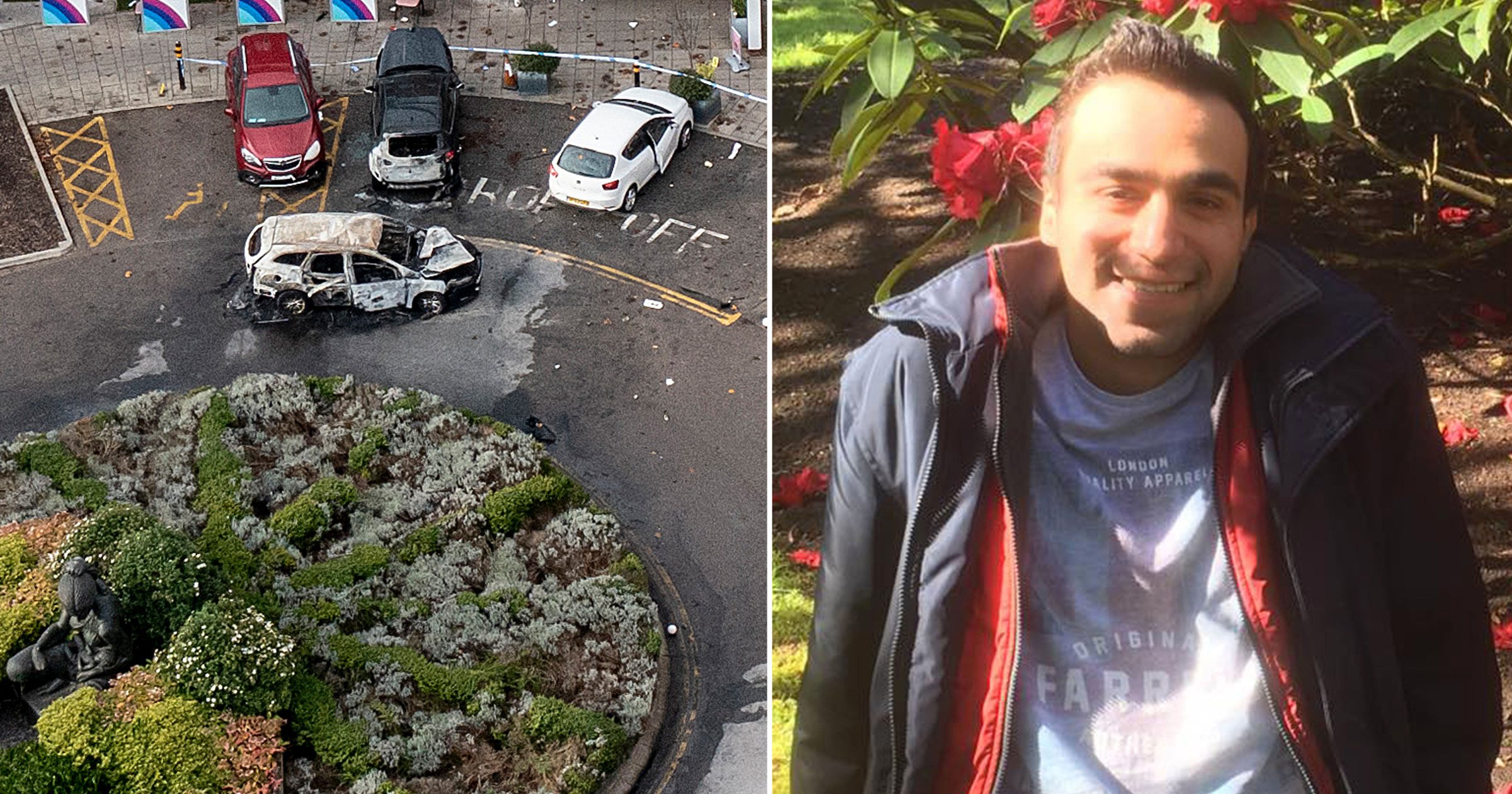 The Liverpool Women’s Hospital bomber died from the blast caused by a homemade device he made with ‘murderous intent’, a coroner has ruled.

Emad Al Swealmeen, 32, was killed by the explosion and subsequent fire inside a taxi right outside the hospital’s reception on November 14.

Driver David Perry managed to get out of the car just in time to survive the blast, shortly before 11am on Remembrance Sunday.

The cabbie was taken to hospital with non-life threatening injuries and later discharged. His wife Rachel said it was a ‘miracle’ he was still alive.

Mr Perry describes his journey to the hospital with Al Swealmeen as ‘non-eventful’, having picked him up from Rutland Avenue that morning, the inquest heard.

Senior coroner Andre Rebello said: ‘As his car came to a stop he didn’t notice anything unusual, no warning, no movement from the passenger, just the blast.

‘David described pressing on the brakes, coming to a slow stop. As the vehicle stopped, suddenly it felt like a wagon had crashed into the back of the car and he said he was thrown forwards and blacked out for a couple of seconds.’

The coroner said that when Mr Perry became conscious again he felt burning to his back.

‘He could see smoke and smell burning plastic and the smell of burning body and thought ‘I’m dead if I don’t get out’,’ Mr Rebello added.

‘He saw light coming from the floor near his driver’s door and without taking his seatbelt off he pushed the door as hard as he could to force himself out of the car.

‘He didn’t know if the passenger was still in there, he didn’t turn round to look at him.’

He told Liverpool and Wirral Coroner’s Court the device was made at a flat rented by Al Swealmeen in Rutland Avenue.

He added: ‘It remains unclear as to whether he intended the device to detonate when it did.’

The inquest heard Swealmeen had rang his brother in America two days before he died and suggested he might do ‘something bad’.

‘He says towards the end of call Emad said something like “if I do something bad that will affect the family what do you think?”‘ the coroner said.

‘He replied something like “don’t do s**t”, advising him as an older brother, although this was something which caused him concern, knowing his previous issues.’

Born in Baghdad, Iraq, Al Swealmeen had been in prison in the Middle East for a serious assault on another person.

He had also been in trouble in Liverpool previously for possession of an offensive weapon.

The inquest heard Al Swealmeen came to the country legally in May 2014 with a Jordanian passport and UK visa.

Mr Rebello said: ‘Shortly after his arrival he claimed, it is believed falsely, that he was of Syrian heritage and claimed asylum as a refugee from that country.’

He said that claim and all subsequent claims for asylum were refused, with the latest refusal in November 2020.

Mr Rebello said there had been reports Al Swealmeen had rejected Islam and converted to Christianity.

He asked Detective Chief Inspector Andrew Meeks, the senior investigating officer in the case, if this could be to strengthen his asylum claim.

Mr Meeks said: ‘I’d agree with that because he would claim he’d be liable to persecution on return to Syria or Iraq.’

Mr Rebello added: ‘When premises were searched both a Holy Quran and prayer mat were present and it was fairly evident that he carried out the religious duties of someone who is a follower of Islam, not withstanding the reported conversion to Christianity.’