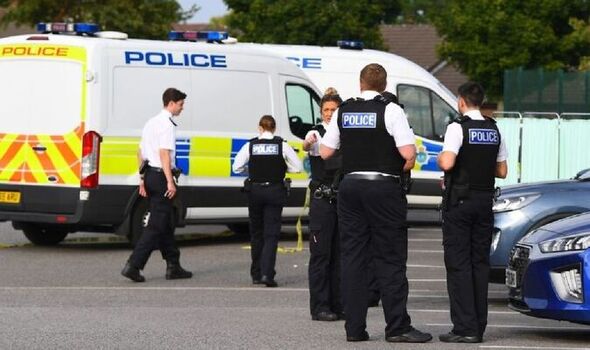 Police have cordoned off a section of St Chad’s Drive short stay car park across the street from Kirkby Police Station. A screen has been placed to block the view of an area of the car park near the undergrowth there.

There is reportedly a large police presence in the area, according to Liverpool Echo.

A car has since been towed away from St Chad’s Drive near St Chad’s Health Centre.

Distressing video of the of the incident was reportedly shared on Facebook which appeared to show a man stabbing himself in the neck.

Liverpool Echo reporter Charlotte Hadfield was at the scene of the incident.

She said in a Twitter update: “A DJ who works at a local pub told me when he arrived for his shift shortly before 5pm police were everywhere.

“He said people were stood watching everything unfold before a sheet was put up and the man was put into an ambulance.”

One man said: “I think it’s bringing Kirkby to its knees. It worries me all the police and knives what’s happening.”