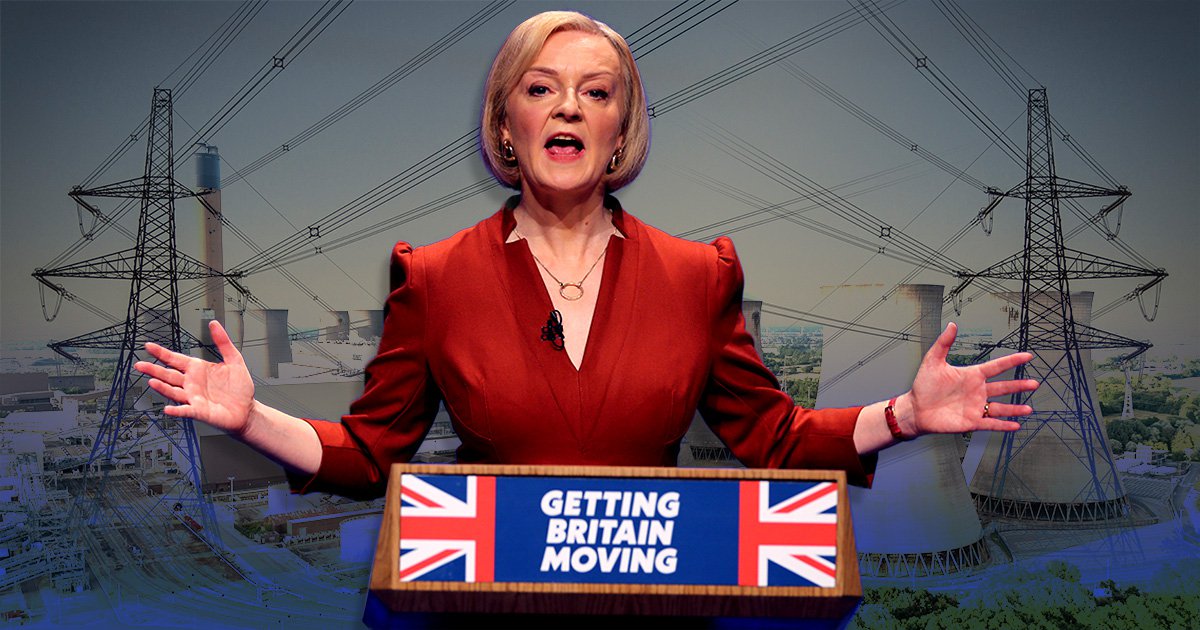 The Prime Minister has ruled out a £15 million energy-saving campaign, because it was seen as a ‘light touch’.

Liz Truss made the decision despite warnings planned blackouts could hit the UK if power plants cannot get enough gas to keep running.

Business Secretary Jacob Rees-Mogg is believed to have backed a dedicated winter campaign to prepare for all eventualities, with the Times reporting the idea was blocked by No 10.

It added the campaign was seen as ‘light touch’ by Downing Street.

It had included measures designed to help people save up to £300 a year, including lowering the temperature of boilers, turning off radiators in empty rooms and advising people to turn off the heating when they go out.

The newspaper quoted a Government source describing the campaign as a ‘no-brainer’ and said No 10 had made a ‘stupid decision’.

But it added Ms Truss is said to be ‘ideologically opposed’ to such an approach as it could be too interventionist.

What does it mean to be an interventionist?

Interventionism refers to the practice of ‘governmental interference in economic affairs at home or in political affairs of another country.’

A Government source approached by the PA news agency said they were not denying the report contained in the Times.

Asked to comment on the report, the Department for Business, Energy and Industrial Strategy issued a statement on behalf of the Government in which it insisted ministers are not launching a campaign and ‘any claim otherwise is untrue’.

Yesterday, millions of Brits were warned to brace for blackouts this winter if power plants can’t get enough gas to keep running.

The National Grid said in a possible yet ‘unlikely’ scenario, households could face three-hour planned outages to stop the grid collapsing.

It would be the first time since the 1970s that planned blackouts would take place, which was during the miners strikes and the oil crisis.

There have also been major unplanned outages during storms, including in 1987 when more than 1.5 million people were left in the dark.

A Government spokesman said: ‘The UK has a secure and diverse energy system.

‘We have plans to protect households and businesses in the full range of scenarios this winter, in light of Russia’s illegal war in Ukraine.

‘To strengthen this position further, we have put plans in place to secure supply and National Grid, working alongside energy suppliers and Ofgem, will launch a voluntary service to reward users who reduce demand at peak times.

‘We will continue to work internationally on tackling rising energy prices and ensuring security of supply, but there are no current plans to follow the EU’s decision.

‘However, ministers are not launching a public information campaign and any claim otherwise is untrue.’

Lights will stay on this winter unless the gas-fired power plants that produced 43% of Britain’s electricity over the last year cannot get enough gas to continue operating.

It is the most dire of three possible scenarios that the ESO laid yesterday for how Britain’s electricity grid might cope with the worst global energy crisis for decades.

In the other two scenarios, the operator hopes that by paying people to charge their electric cars at off-peak times, and firing up back-up coal plants, it can offset the risk of blackouts.

Ms Truss, pressed to guarantee there will be no blackouts, told reporters during a visit to the Czech Republic: ‘What we’re clear about is that we do have a good supply of energy in the UK, we’re in a much better position than many other countries, but of course there’s always more we can do, and that’s why I’m here working with our partners, making sure we do have a secure energy supply into the future.’

She added: ‘We do have good energy supplies in the UK, we can get through the winter, but of course I am always looking for ways that we can improve the price for consumers.

‘That’s why we put in place the energy price guarantee as well as making sure we have as much supply as possible.’

Ms Truss has previously said she would not be telling people to ration their energy use this winter, as Russian president Vladimir Putin limits gas supplies to Europe in retaliation for sanctions linked to the Ukraine war.

She has since offered a multibillion-pound price guarantee which will prevent average annual household bills going past £2,500.

National Grid Gas Transmission separately said that while gas demand will increase this winter, it expects Britain to be able to get enough gas to take it through a ‘Beast from the East’ scenario or a long, cold winter.