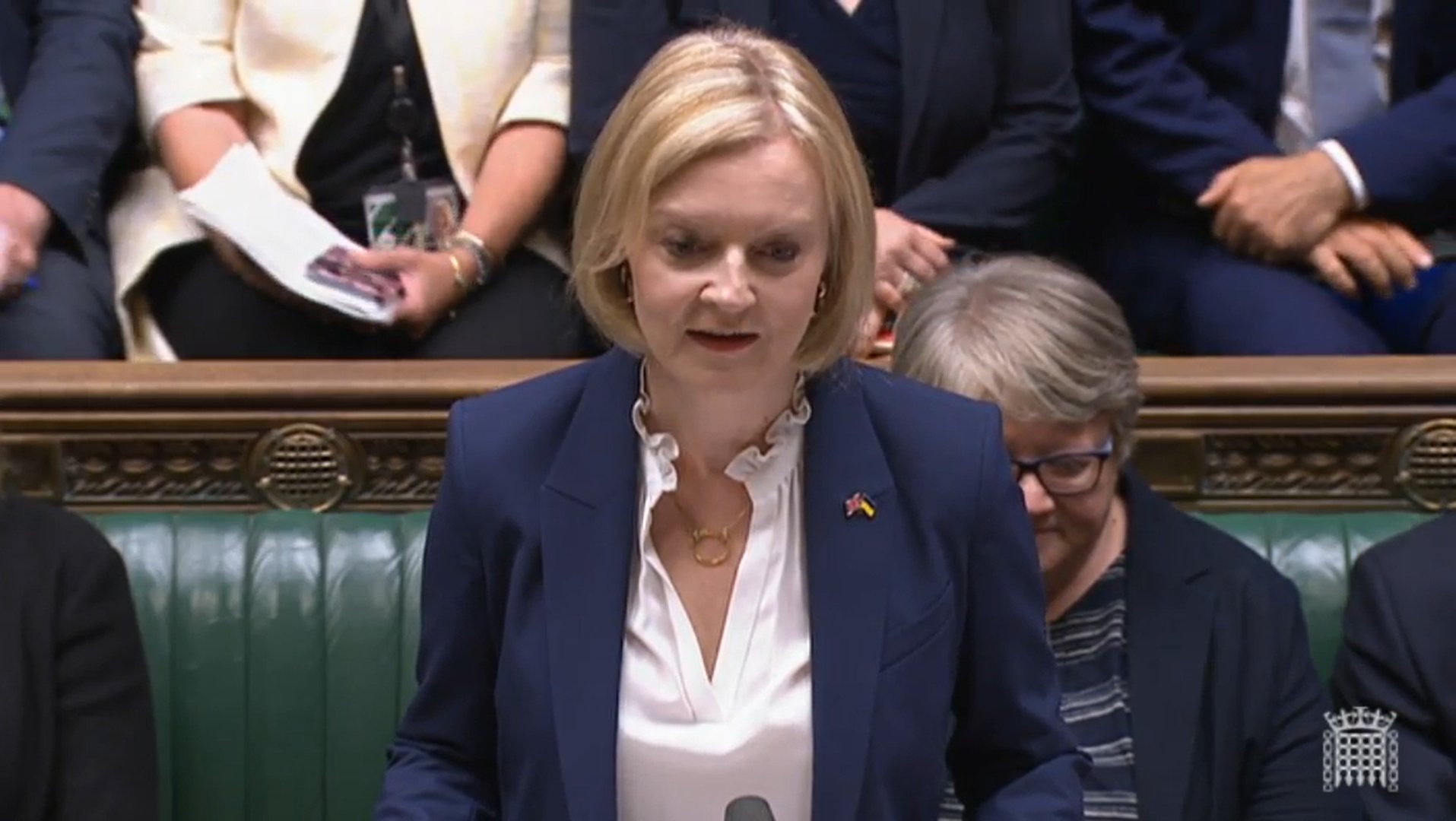 New Prime Minister Liz Truss has said she will set out plans to save households and businesses from financial ruin as a result of soaring energy bills on Thursday.

At her first Prime Minister’s Questions, Ms Truss confirmed her plan, expected to freeze household bills at around £2,500 – some £500 higher than the current cap but £1,000 below the level they are expected to hit in October and many thousands below rises predicted over the next six months.

She rejected the idea of using a windfall tax on the bumper profits made by oil and gas giants to fund the package, reported to cost up to £150 billion.

‘That is why I, as Prime Minister, will take immediate action to help people with the cost of their energy bills and I will be making an announcement to this House on that tomorrow and giving people certainty to make sure that they are able to get through this winter and be able to have the energy supplies and be able to afford it.’

Labour leader Sir Keir Starmer challenged her over Treasury estimates that ‘energy producers will make £170bn in excess profits over the next two years’.

He went on: ‘The Prime Minister knows she has now choice but to back an energy price freeze, but it won’t be cheap and the real choice, the political choice is who is going to pay.

‘Is she really telling us that she is going to leave these vast excess profits on the table and make working people foot the bill for decades to come?’

Sir Keir also accused Ms Truss of protecting the profits of Shell and giving Amazon a tax break rather than helping families and public services.

‘Add it all together and companies that are already doing well are getting a £17 billion tax cut while working people pay for the cost-of-living crisis, stroke victims wait an hour for an ambulance and criminals walk the streets with impunity.

‘Families and public services need every penny they can get. How on earth does she think now is the right time to protect Shell’s profits and give Amazon a tax break?’

Ms Truss replied: ‘I’m on the side of people who work hard and do the right thing.

In her first speech as PM, Ms Truss insisted the nation can ‘ride out the storm’ facing the country, blaming ‘severe global headwinds’ caused by Vladimir Putin’s war in Ukraine and the pandemic.

She insisted she would deal with soaring energy bills, put the NHS on ‘safe footing’ and cut taxes to ‘get Britain working’.

Ms Truss conducted a major overhaul to leave few survivors from Boris Johnson’s Cabinet, as she failed to find roles for leadership rival Mr Sunak or his supporters.

But Dominic Raab, Grant Shapps, George Eustice and Steve Barclay were among the Sunak supporters being dispatched to the backbenches.

Along with Mr Kwarteng, the appointment of Ms Braverman as Home Secretary and James Cleverly as Foreign Secretary mean that for the first time in history none of the great offices of state are held by white men.

Jacob Rees-Mogg, the hardline Brexiteer who has decried ‘climate alarmism’, was appointed as Secretary of State for Business, Energy and Industrial Strategy.

But he told Sky News ‘nobody fails to realise the size of the problem’ of the cost of living crisis, with Government sources saying the emergency package will be outlined this week.