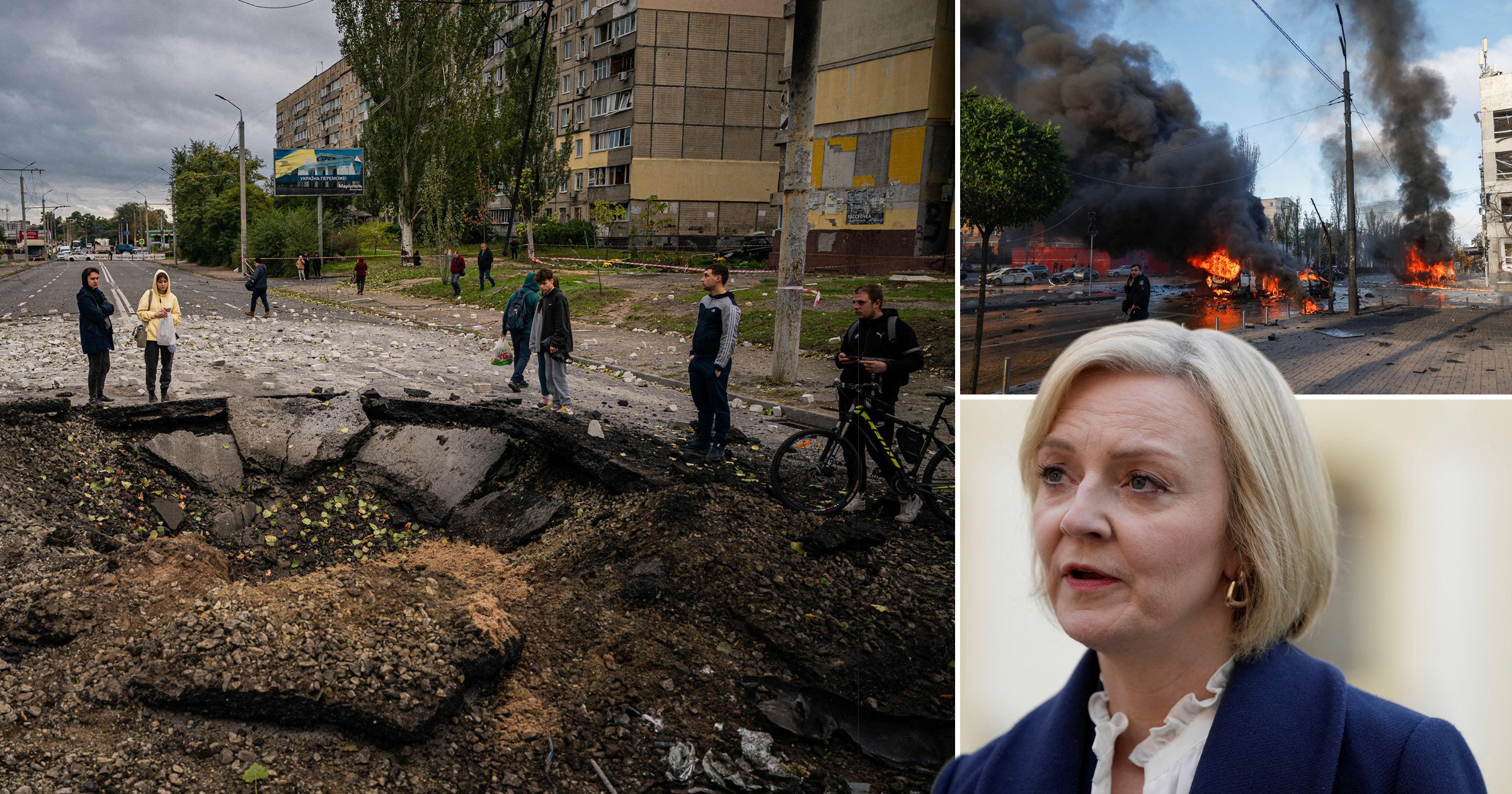 The prime minister will urge G7 leaders to keep up their support for Ukraine during a virtual meeting today.

Ukrainian president Volodymyr Zelensky will also join the video call, which comes the day after a wave of revenge strikes on Kyiv and other key cities.

The missile and drone barrage from Vladimir Putin’s forces came after a major bridge connecting Russia with Crimea was damaged in an explosion over the weekend.

Putin confirmed the strikes were retaliation for Ukraine’s attack on the Kerch Bridge, a crossing between Russia and annexed Crimea that has strategic and symbolic importance.

At least 11 people died and 64 were injured in Ukraine, prompting an international outcry.

Ms Truss is expected to urge fellow G7 leaders to ‘stay the course’ in the battle against Putin. 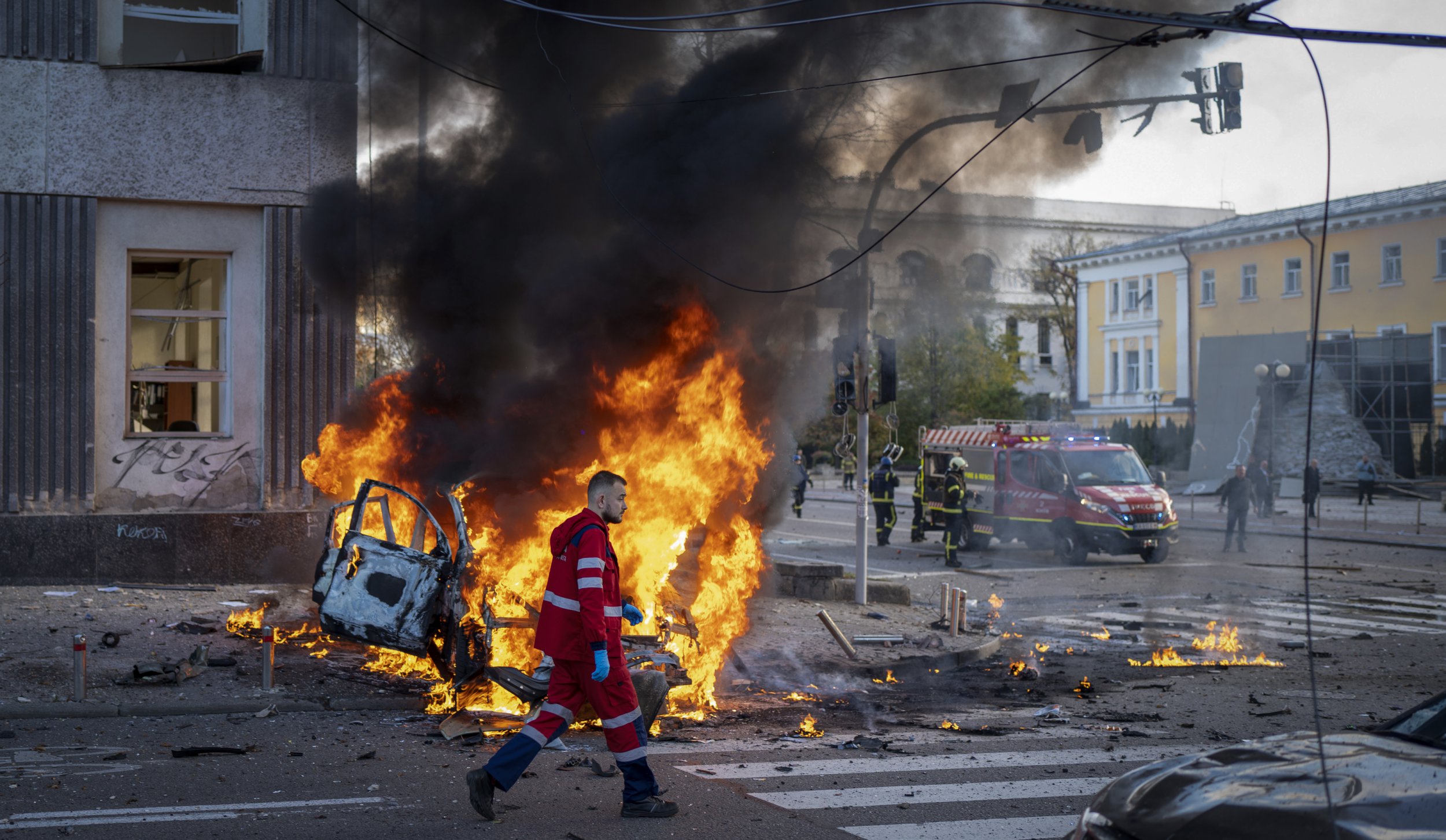 ‘The overwhelming international support for Ukraine’s struggle stands in stark opposition to the isolation of Russia on the international stage,’ she is set to tell counterparts.

‘Their bravery in the face of the most brutal acts of violence has earned the people of Ukraine global admiration.

‘Nobody wants peace more than Ukraine. And for our part, we must not waver one iota in our resolve to help them win it.’

Ms Truss is also expected to call for a full meeting of Nato leaders in the coming days.

G7 leaders are also likely to discuss the global energy crisis sparked by Russia’s invasion, amid plans to introduce a global cap on the price of Russian oil to target Mr Putin’s revenues.

Ukraine stepped up calls for western allies to provide anti-air and anti-missile systems in response to Monday’s strikes.