One in four who need assistance with tasks such as washing, dressing and eating are likely to be paying for it, data revealed. 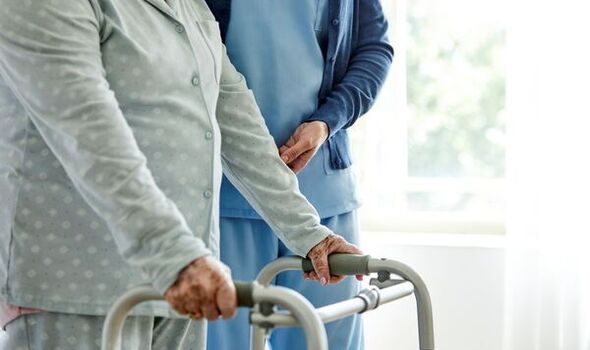 The figures show councils are struggling to keep up with the demand for an ageing population.

And, sparking concerns of a two-tier care system, 40.9 per cent of people in England’s wealthiest areas were able to pay for the help they needed, compared to 16.8 per cent in the poorest places.

The Office for National Statistics data – which is not yet a final report – also showed pensioners are the biggest customers of private care agencies at 33.2 per cent.

“The amount of funding cut from council budgets has meant that year on year more people in need of care have found themselves paying for it.

“As services start to flounder, others have been left without access to care at all, even if they are able to pay for it. This stands at around 1.6 million individuals whose health will continue to degenerate because of a lack of support.

“The criteria set by local authorities assessing people for care used to be moderate, substantial and critical, which dictated the level of care that would be offered.

“A lot of councils now only consider the critical need for funding home care.

“Also, because of the lack of staffing in care provision, it has come to our notice that there is often a decision to put someone into a care home rather than deliver that care at home.

“This takes away the patient’s choice and is also against what the Government promotes as community care.

“But community care is overwhelmed with no more funding for staff and care packages.”

Caroline Abrahams, charity director at Age UK, said: “Councils are in no position to meet the tsunami of demands for care they now face.

“They were struggling to provide enough good care for their communities before the pandemic arrived, let alone now.”

Dr Jane Townson, chief executive of the Homecare Association, said: “Social care contributes over £50billion to the economy each year.

“It’s imperative that the Government invests in the workforce as a matter of priority.