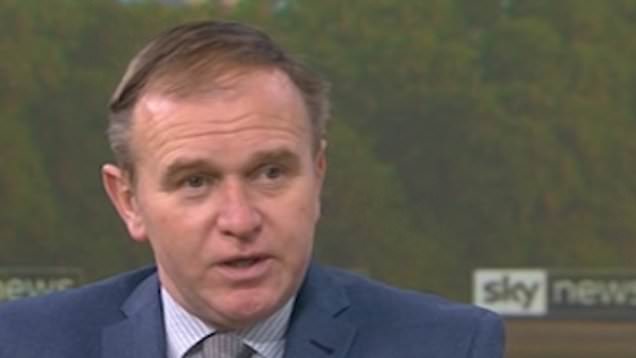 Rising cases of the Indian Covid variant could delay further easing of restrictions and force the government to impose local lockdowns, a minister has warned.

George Eustice said ‘nothing can be ruled out’ when asked what the spread of the mutant strain meant for the June 21st freedom date, when all social distancing rules were set to be scrapped.

The environment secretary said one option being considered was to impose local restrictions in areas where the population remains at risk while opening up the rest of the country.

Asked if the government was looking at imposing local lockdowns on areas that are still struggling after 21 June, he said: ‘That would be an option.

‘We cannot rule anything out, but our preferred outcome is that we really double down and get the vaccination rates up in those areas that are seeing these problems so that we can give them the immunity that they need, and then we won’t have to have any such local lockdowns.’

Mr Eustice said the government would be in a position to assess whether the country can move to the next stage ‘shortly before’ June 21.

He said ministers wanted the roadmap to go ahead as planned but stressed again that ‘we cannot rule anything out and that is why the Prime Minister said we will take this step at a time’.

In the Commons on Monday, Health Secretary Matt Hancock said there were now 2,323 confirmed cases of the Indian strain in the UK, with 86 local authority areas recording at least five.

Worst hit areas have been Bolton and Blackburn with Darwen – where ‘surge’ vaccinations and testing has been deployed. 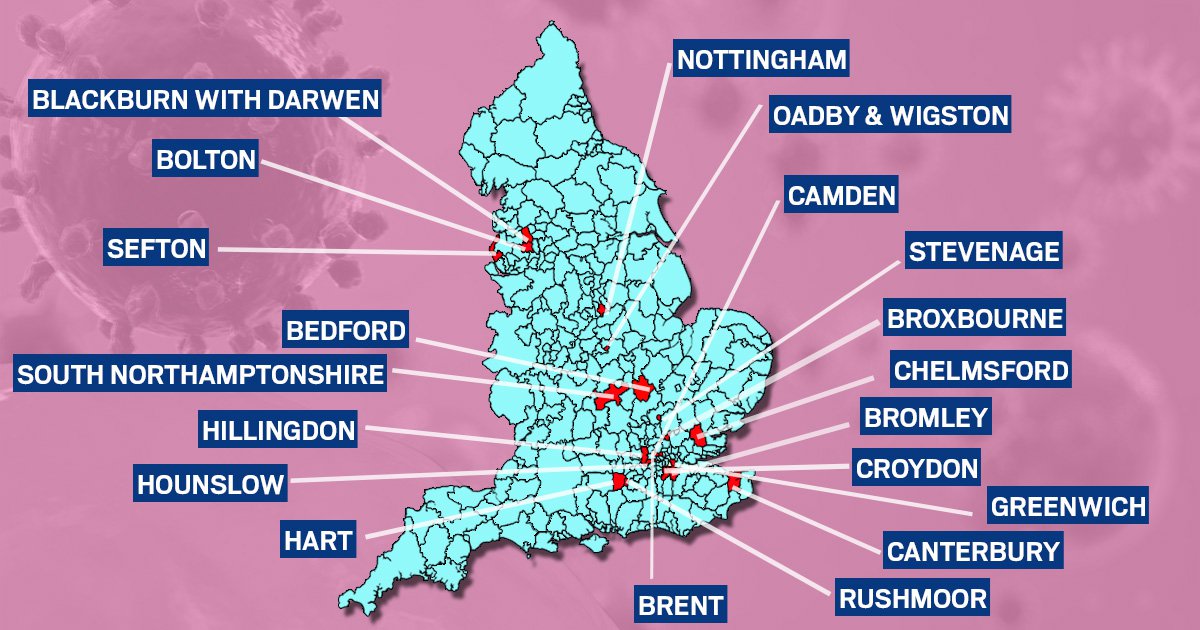 Officials are hoping this an bring down cases to avoid prolonging restrictions.

However, ministers have drawn up contingency plans if the India variant can’t be brought under control.

One proposal is to put parts of the country into Tier 4 restrictions introduced last December as the Kent variant ran rampant, according to The Times.

If this goes ahead, the worst-affected businesses would receive grants of up to £18,000, the newspaper reports.

Some ministers voiced concerns that local lockdowns in towns and cities would not be enough and they should be imposed on regions – which would do more damage to the economy.

In the event that the June 21 reopening is delayed, officials are understood to be considering sector-specific grants for affected businesses, such as nightclubs and ‘mass events’.

In a bid to avoid either scenario, ministers have stepped up calls for people to get a Covid jab as soon as they are offered one. Mr Hancock said that most patients hospitalised by the new strain in the epicentre of the outbreak in Bolton had not had a vaccine.

It comes as new data offered further proof of the jabs’ effectiveness.

Research by UCL showed one dose of AstraZeneca or Pfizer produces virus-fighting antibodies in 96% of people, while two doses produces them in almost 100% of people.

Prof Rob Aldridge, the chief investigator of the UCL Virus Watch study, said it was ‘a timely reminder’ that vaccines ‘are our way out of the pandemic’.

Boris Johnson regards local restrictions as a ‘last resort’ if other measures such as surge testing and targeted vaccinations are not successful.

But some Conservative MPs say the easing of restrictions should not be delayed as a consequence of people refusing to take vaccines.

Mark Harper, head of the lockdown-sceptic Covid Recovery Group, said: ‘You can’t say “I’m not going to take the vaccine, but I need everybody else to change their lives to protect me”. I’m afraid that risk you run — it’s on you. We can’t hold back wider society because of it.’

Meanwhile, one unnamed Cabinet minister warned that missing the June 21 milestone could become Mr Johnson’s ‘Theresa May moment’– a reference to her failed Brexit deadline.

‘This freedom date is burned on people’s brains in the same way as her date for leaving the EU,’ the source told Mailonline. ‘When she missed it, she was finished.’