The Loch Ness Monster, Nessie for short, has long since been mistaken for all manner of objects.

Mystery remains over whether there is any truth to the historic legend.

An out of place shadow or a larger than usual wave can cause a double take for visitors to the Scottish Highlands.

One creature was indeed lurking within Loch Ness this weekend, and craning its long neck up above the water.

And the silhouette of the animal did look remarkably similar to the iconic 1934 photograph of Nessie ‘proof.’

But it was no mythical legend on the banks of the loch, but instead a runaway alpaca.

A group of the furry animals had broken free from their pen in nearby Dores, Inverness.

The excitement of their Houdini-esque escape had led them to the waters of Loch Ness, where they soon darted in for a quick dip. 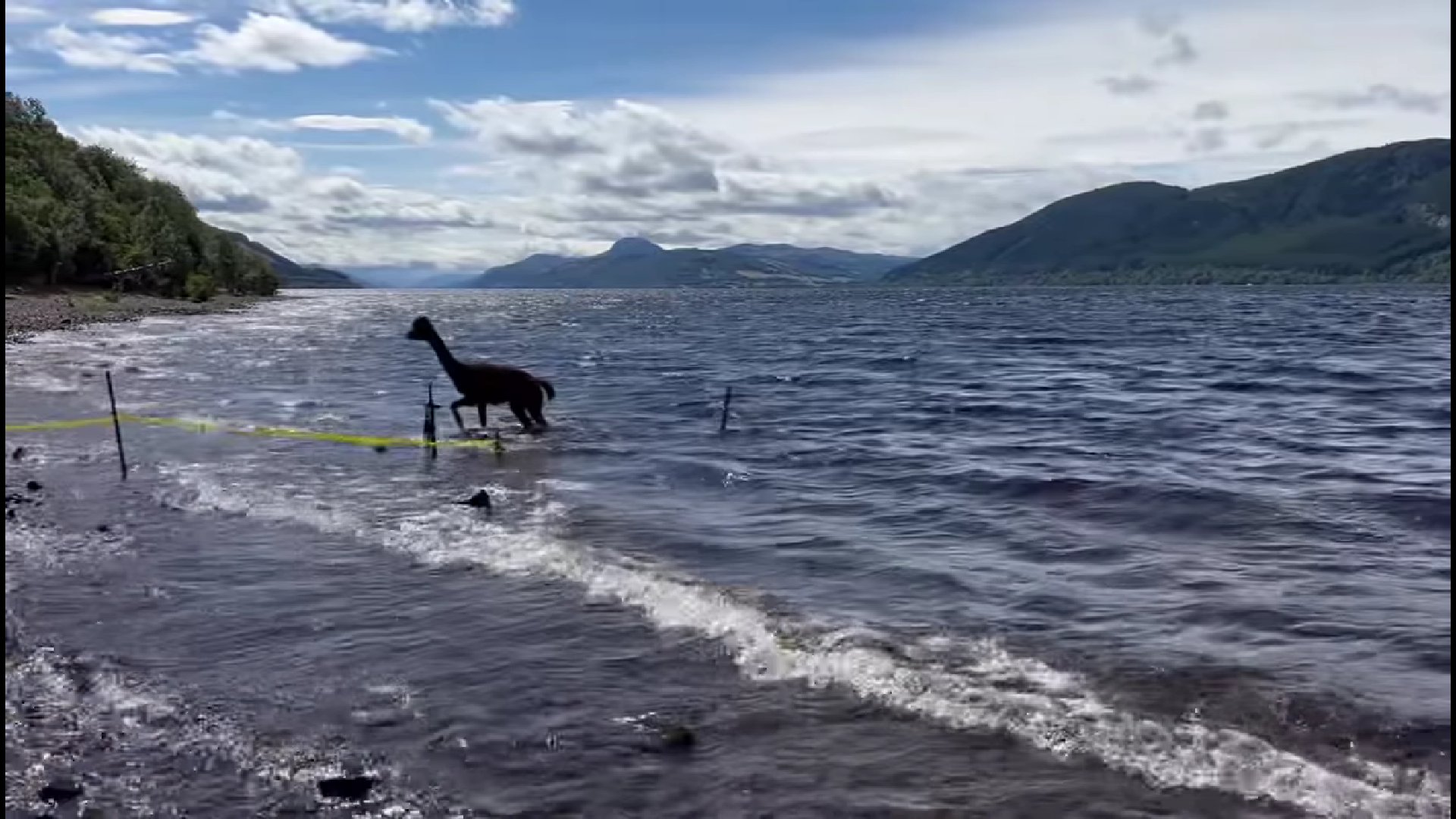 Fiona Cairns, tasked with rounding up the cheeky crew, had paused first to take a couple pictures and video of their antics.

She would later post a series of photos and video to the Loch Ness Alpacas Facebook page.

‘And cue the Nessie sightings from the other side of the Loch,’ predicted one person.

Another Facebook user added they were the ‘closest looking animal to Nessie’.

The ringleader of the group is said to be an alpaca called Orbit who enjoys being a bad influence among the alpaca family.

Last week, some broke free of their pen to catch up with a group on a trek nearby.

Later that same day, some of the alpacas were then spotted near the Balachladaich B&B on the southern shore of Loch Ness.

Fiona has vowed to get their fence strengthened following the recent spate of breakouts.

The case of the alpacas’ mistaken identity has spread far and wide since her Facebook posts.

The legend Loch Ness Monster herself dates back centuries, with accounts of a monster inhabiting the Loch Ness appearing in a biography of St Columba from 565 AD.

Nessie was said to have bit a man swimming in the lack and was preparing to attack another when Columba intervened and ordered it away.

Alleged encounters have been passed on throughout the years but it wasn’t until the early 1900s legend picked up momentum.

In 1933 a couple spotted an enormous animal which they compared to a ‘dragon or prehistoric monster’ in the lake, before it retreated under the water.

Numerous sightings followed, notably one from English physician Robert Kenneth Wilson who ‘photographed’ the creature in 1934.

His image – known as the ‘surgeon’s photograph’ – appeared to show the monster’ neck and head and spurred many sonar explorations of the loch.

Years later it emerged Mr Wilson’s photo was a hoax led by a aggrieved big-game hunter who had previously been commissioned to investigate the creature, with the monster actually a plastic and wooden head attached to a toy submarine.

Nessie is often depicted with its long neck with head emerging from the water with many speculating it was a plesiosaur, a marine reptile that went extinct some 65 million years ago.