The Office for National Statistics infection survey estimated that 54,200 people in England had the virus in the community during the week to April 24. This was down 40 percent from 90,000 the previous week as lockdown and vaccines continue to crush transmission. The figure of one in 1,010 people infected is the lowest since the week to September 5, when the estimate stood at one in 1,400.

And that figure was posted at a time when we could expect to see the fallout from the Stage Two relaxation on April 12.

Prof James Naismith, of the Rosalind Franklin Institute and Oxford University, said the promising data is part of that which will signal “the end is in sight”.

He said: “This caps a good news week for the UK.

“We have lowered prevalence to around one in every 1,000 people, a further downward tick from last week. Once again, the drop is seen across the UK’s nations.

“Over 70 percent of adults have antibodies against the virus, with over 25 percent completing their second dose.

“Many of the most vulnerable are as protected as we can make them and in broad terms we are approaching two in three adults with at least one jab.”

The percentage of people testing positive decreased in all English regions except Yorkshire and The Humber and the East of England, where the trends were uncertain. 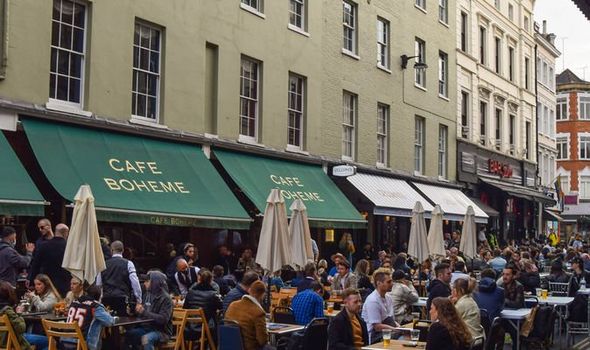 Prof Naismith said prevalence of the virus among people over the age of 70 was now approaching zero and cases of the concerning variants remain at very low levels.

However, he said caution was still needed, adding: “The current relaxation strategy is being vindicated.

“Those aged under 18 are not yet included in the vaccine campaign, the prevalence is higher in this group [three in 1,000 for school years seven to 11]. This is a reservoir for the virus, thus completely abandoning all restrictions will see the virus come back.

“Provided the vaccine campaign continues, prevalence continues to fall and the new variants remain highly controlled, the end is in sight.”

The UK reported a further pandemic 15 coronavirus deaths yesterday, down 63 percent from 40 the previous Friday. 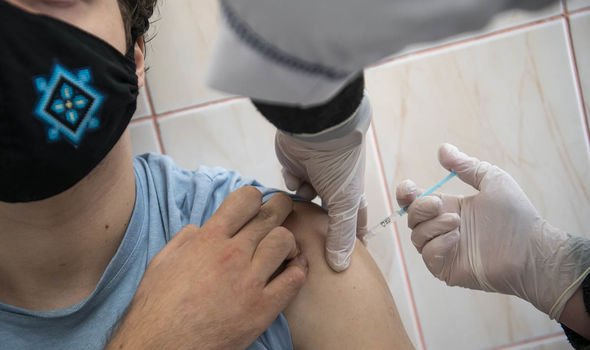 Paul Hunter, professor in medicine at the University of East Anglia, said: “What makes this week’s results particularly important is that this would be the first week when there would be any evidence that the relaxation of April 12 would have had a negative impact on the epidemic.

“That there is in fact no evidence of an increased transmission risk is reassuring that for the time being it looks like the current road map is still on target.”

Meanwhile, the estimated R number for England increased slightly to 0.8-1.1 The figure represents how many people each infected person passes the virus on to. If it is below one, the outbreak is in decline.

Professor Tim Spector, an epidemiologist at King’s College London, said the UK had “one of the lowest rates in Europe at the moment”.

Referring to data from the Covid Symptom Study, which he runs, he told Sky News: “It looks at the moment like we’re past that pandemic period and we’re moving into what we call the endemic period, where we get low levels of infection and occasional outbreaks but they don’t spread to the rest of the population and the general risk is low.”