Vote in our poll on whether the UK’s lockdown should be lifted immediately. And let us know more about what you think in the comments section.

Our poll comes after just one Covid death was recorded on Monday, bringing the total to 127,539. A further 1,649 cases were confirmed.

Meanwhile, some 34,588,600 people have received their first vaccine dose and 15,500,949 have had their second, according to the Government’s latest figures.

Mr Farage said: “Just 1 Covid death today and now 50 million vaccinations given, but we still can’t eat inside a restaurant or hug our loved ones.” 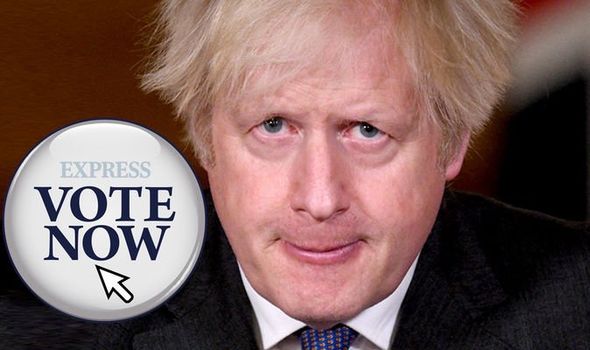 talkRADIO host Julia Hartley-Brewer added that it was “insane” that people are still unable to eat inside a restaurant or hug people outside their household.

She tweeted: “One new death reported. One. ONE.

“Yet it’s still illegal to visit friends & family inside, meet 6 people, eat a meal inside a restaurant, go on holiday, show your face in a shop or even TO HUG SOMEONE YOU DON’T LIVE WITH.

“Do the PM and Sage not realise how INSANE this is?” 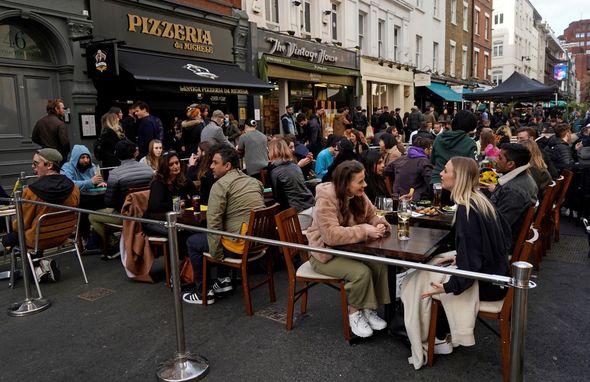 And Conservative MP Robert Syms urged the Prime Minister to keep to his promise of following “data not dates”.

He told the Daily Mail: “If you take the data rather than dates, infections, hospitalisations and deaths have fallen quite rapidly and there doesn’t seem to be any evidence that any of the unlocking has caused any sort of spike.

“It didn’t happen when schools reopened and hasn’t as a result of shops reopening.

“We need to push the Government to get on with it. 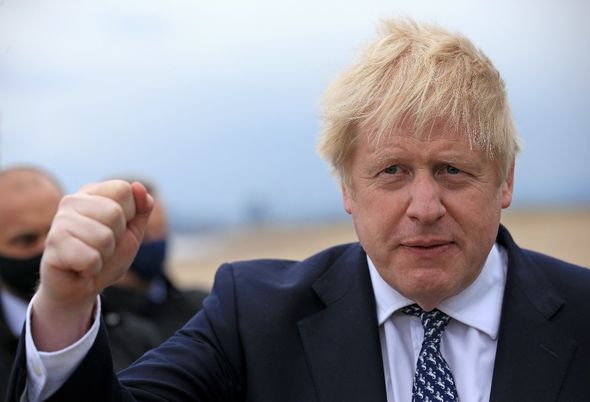 “A lot of normal life could be returned.”

Speaking during a campaign visit to Hartlepool on Monday, Mr Johnson said he feels the next stage of England’s reopening on May 17 – which covers indoor hospitality, entertainment and possibly foreign travel – “is going to be good”.

The Prime Minister said: “As things stand, and the way things are going, with the vaccine rollout going the way that it is – we have done 50 million jabs as I speak to you today, a quarter of the adult population, one in four have had two jabs.

“You are seeing the results of that really starting to show up in the epidemiology. 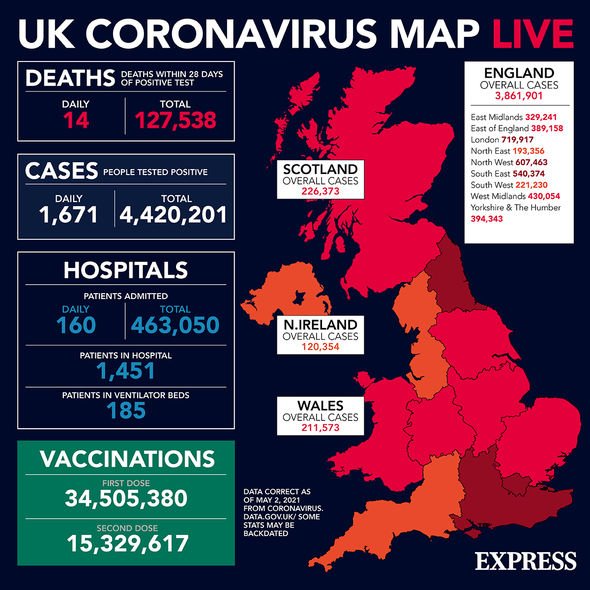 “I think that we will be able to go ahead, feels like May 17 is going to be good.

“But it also looks to me as though June 21 we’ll be able to say social distancing as we currently have to do it, the one-metre plus, I think we have got a good chance of being able to dispense with the one-metre plus from June 21.

Professor Neil Ferguson, from Imperial College London, who advises the Government, said the data on deaths and cases was “very encouraging”.

He told BBC Radio 4’s Today programme on Tuesday: “The data is very encouraging and very much in line with what we expected.

“Whilst we’re seeing cases actually plateau at the moment – and they may start edging up – mortality, deaths and hospitalisations are still going down, and we expect them to continue to go down, maybe tick up a little bit next month but only within manageable levels, and so that puts us in a very good position to be keeping to the Government road map – relaxing some restrictions in a couple of weeks’ time and then many more in June.”

He said his team still have some concerns about late summer and early autumn but “they’re diminishing”, adding: “If we’re going to see another wave of transmission that’s where it would take place, but the data on the vaccines is getting ever more encouraging, particularly the new data which was released just over a week ago about the fact that vaccines, even if you do get infected if you’ve been vaccinated you’re less infectious.

“And so that has pushed our estimates of the scale of any potential autumn wave down.”