Gloves are being considered to be the next piece of essential everyday wear along with face masks, as the Government takes steps to mitigate a potential second wave of COVID-19. From Friday, July 24, face masks became mandatory in shops, takeaways and other enclosed spaces in England following intense debate on whether they are helpful in protecting people and stopping the spread of coronavirus.

During a debate in the House of Lords on coronavirus regulations, health minister Lord Bethell said gloves are “an area we’re looking at” as the Government considers how to stymie the spread and protect the public.

Speaking in the Lords, Conservative Baroness McIntosh of Pickering asked: “Has the Government formed a view on the use of gloves?

“Obviously we’re all following the guidance of washing our hands but surely the correct use of gloves outdoors and indoors could prevent the passing on of the virus?”

Lord Bethell, concluding a debate on coronavirus regulations, replied: “To date, gloves are not in the guidance but they remain an area that we’re looking at.” 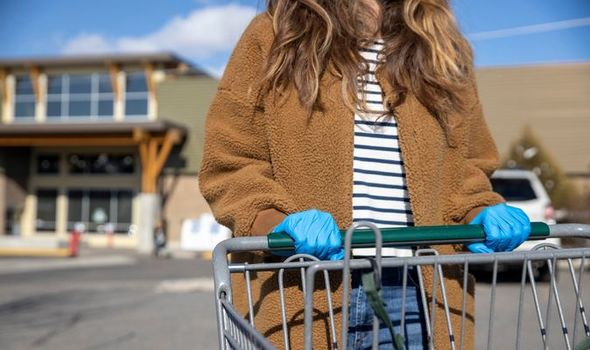 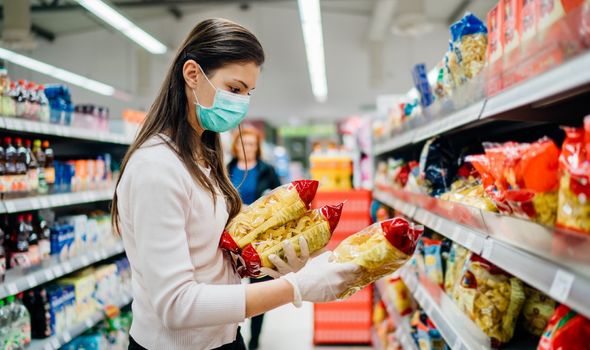 There is currently no country in the world that recommends the use of gloves for the general public.

The World Health Organisation does not advocate using them, saying regularly washing your hands offers more protection against the virus.

It seems very unlikely that the Government would introduce gloves as a necessary measure to close in on the virus. 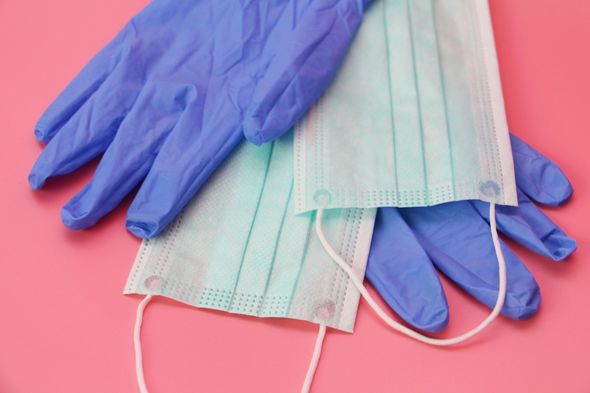 New rules regarding the wearing of facemasks have led to widespread confusion, with many unsure when and where they should be donning the new staple.

From Friday, July 24, face masks are compulsory in shops, including non-essential retail and supermarkets.

The legal responsibility falls on the wearer, and not on the shop or takeaway, and ultimately the police are in charge of enforcing the law.

But John Apter, the national chairman of the Police Federation of England and Wales, said forces “do not have the resources” to widely enforce the law and called on retailers to deny people entry.

DON’T MISS
Coronavirus vaccine: Can you REFUSE to get COVID-19 vaccine?
Coronavirus update: Is it safe to use public transport?
Coronavirus risk: The 37 activities which could put YOU at risk

He said: “It is our members who are expected to police what is a new way of living and I would urge retail outlets to play their part in making the rules crystal clear – if you are not wearing a face covering then you are not coming in.

“Officers will be there to help stores if needed – but only as a last resort, as we simply do not have the resources.”

You can face a £100 fine if you fail to comply with the law.

Shop staff will be recommended to wear a mask, but it is not compulsory for them to do so. 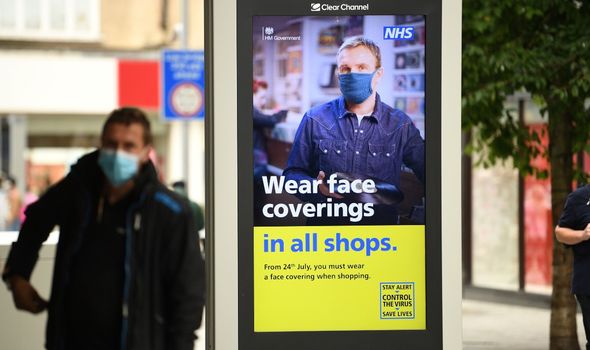 A YouGov poll has found many Britons see face masks as an inherent good, even among those not wearing them, but that many will not do so until the Government tells them they have to.

Four in ten said they haven’t done so because they don’t feel like they’ve needed to – often for reasons like they’ve been keeping away from crowded areas, abiding by social distancing rules, or are only going outdoors or to non-enclosed areas.

One in five said it’s because masks aren’t mandatory, either in general or in the situations in which they have found themselves.

Complaints about discomfort and inconvenience were only raised by a tiny fraction of non-wearers.