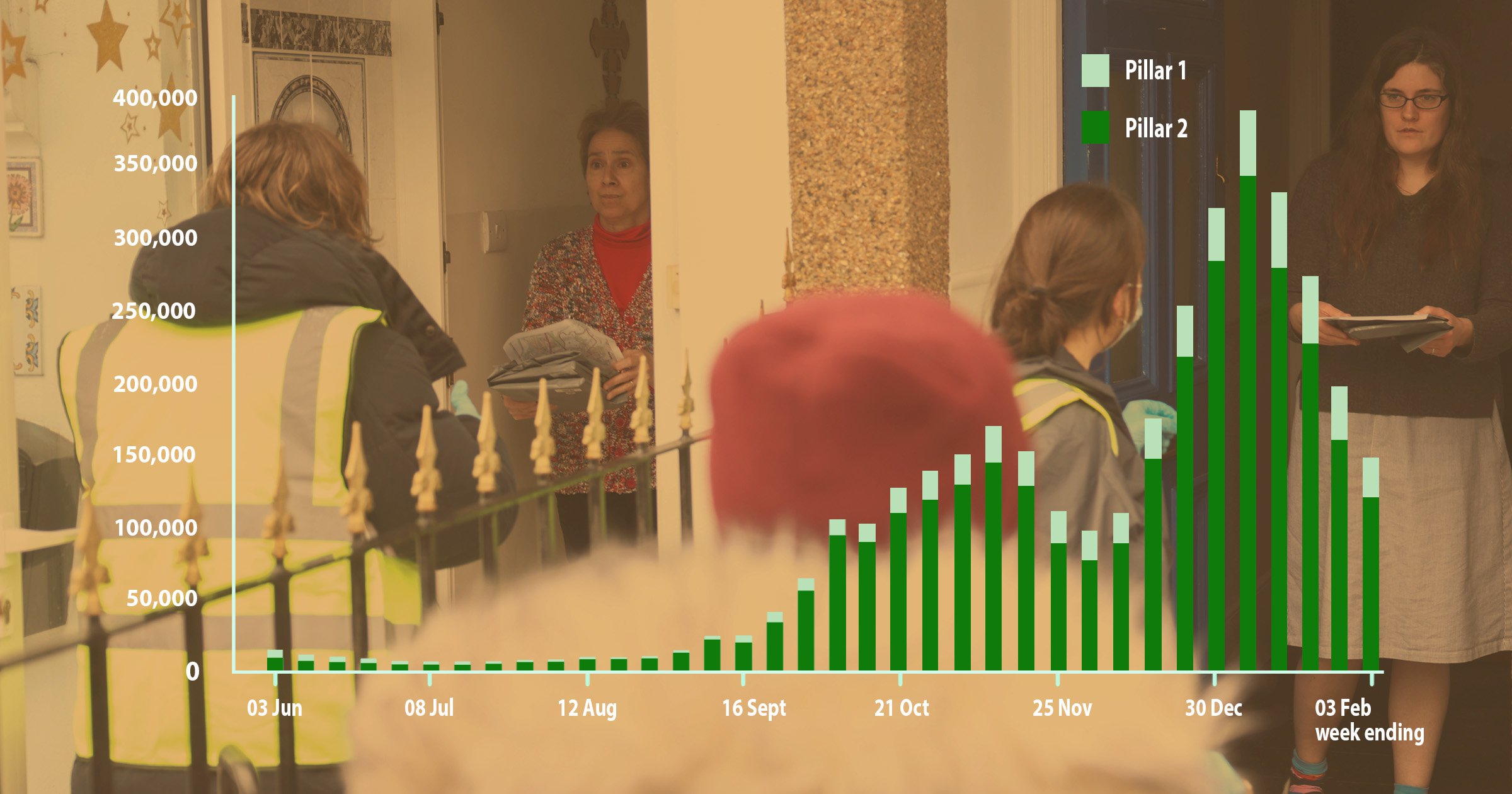 The number of people testing positive for coronavirus in England fell by nearly a quarter in a week.

A total of 148,809 people tested positive at least once in the seven days to February 3, according to the latest Test and Trace figures.

This is down 24% on the previous week and the lowest number since the week to December 9, suggesting the latest lockdown measures are having an impact in driving down infection numbers.

The reduced pressure on the service also meant that waiting times for test results further improved.

Some 86.2% of people who were tested for Covid-19 in England in the week ending February 3 at a regional site, local site or mobile testing unit – a so-called ‘in-person’ test – received their result within 24 hours.

Prime Minister Boris Johnson had pledged that, by the end of June 2020, the results of all in-person tests would be back within 24 hours.

He told the House of Commons on June 3 he would get ‘all tests turned around within 24 hours by the end of June, except for difficulties with postal tests or insuperable problems like that’.

Of the 149,317 people transferred to the Test and Trace system in the week to February 3, 87.0% were reached and asked to provide details of recent close contacts.

This is down very slightly from 87.2% in the previous week.

Some 11.6% of people transferred to Test and Trace in the week to February 3 were not reached, while a further 1.4% did not provide any communication details.

Brexit: Cornwall fisherman discusses potential outside EU When you subscribe we will use the information you provide to send you these newsletters.Sometimes they’ll include recommendations…