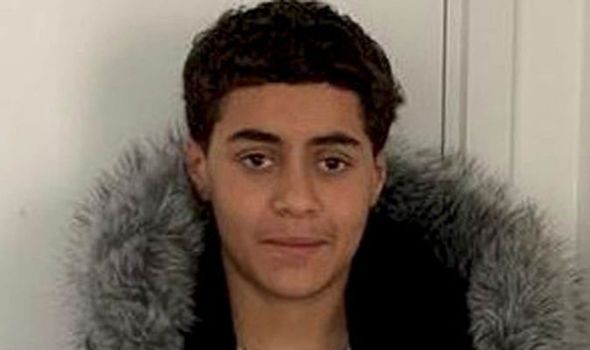 Fares Maatou was killed outside a pizza shop in a busy street on Friday just hours before separate shooting and stabbing incidents in the capital. Witnesses said there were four or five attackers with weapons including a knife and metal bar and they made off with the scooter before he was pronounced dead at around 4.30pm. Two teenaged boys, 14 and 15, were arrested on suspicion of murder on Friday with a 15-year-old boy also arrested in connection with the incident.

A family friend said his father was in intensive care being treated for Covid-19 infection at the time of his murder.

The friend, who asked not to be named, said: “This is a terrible tragedy. The family have been through so much.

“We didn’t know if his dad was going to pull through after falling terribly ill with Covid. He’s still critically ill and under intensive care, and now they have lost their youngest son.”

One post on Facebook said: “A 14-year-old British boy of Algerian descent has just been stabbed to death because of his electric scooter in Canning Town, East London.

“Apparently his mother is crying at the scene where the murder took place.”

Fares had an older brother and two sisters and was blind in one eye, according to the friend. 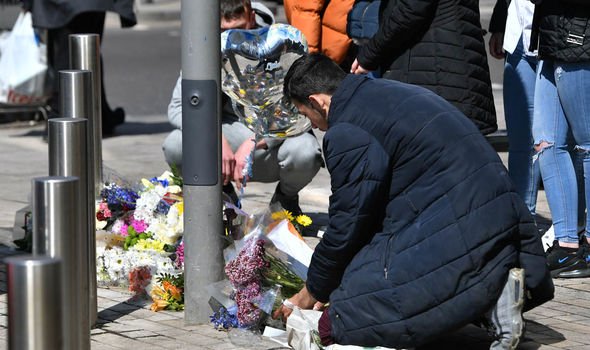 He is the eleventh and youngest teenager to be stabbed to death in the capital this year.

Another tribute from a friend, who was allegedly with him when the attack, added: “You died protecting me bro.

“They really got him… they even took his scooter.”

One girl added: “School won’t be the same without you. Everyone in our year misses you. Let your wings fly.”

Police were called to the scene shortly before 4pm.

An air ambulance landed nearby and waiters from the eatery tried to resuscitate him, but he could not be saved.

A witness, who tried to help, said: “He was stabbed and then ran around the corner.

“One of the guys had a knife and the other had a big iron bar.

“We tried to help him, I checked his pulse, but he was gone.”

DCI Perry Benton, said: “Fares’s family are, of course, absolutely devastated. I have assured them of my total commitment to bringing to justice those responsible for this senseless killing.

“We have already seen fantastic support and received a good deal of information from local people. I thank them for that, and ask anyone with information or any witnesses who have yet to speak with police to please come forward and tell officers what they know.”

About four hours later police were called to reports of a group of people fighting in Bermondsey, south London, where a man, 22, was found with life-threatening stab injuries and taken to hospital.

Then at 10.53pm officers were called to an address in Hackney, north London, after reports of a man being shot.

Both were taken to hospital, neither in a life-threatening condition.

Mayor of London Sadiq Khan said he was “deeply saddened” by the killing, adding: “I am in touch with the Deputy Met Commissioner and my thoughts are with the victim’s family and friends.

“This appalling incident happened on a busy street in broad daylight, so if you saw or know anything then please don’t stay silent.”