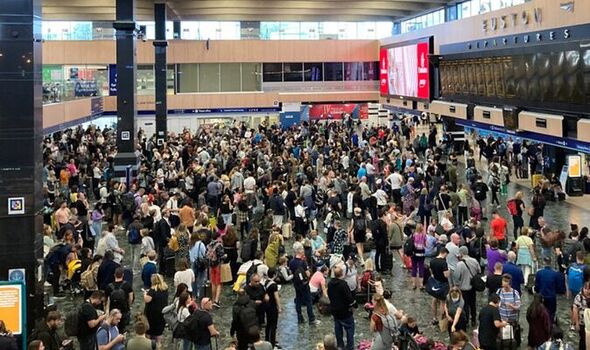 British Transport Police confirmed that a person died after being struck by a train on a railway line this morning.

Emergency services were called to Leighton Buzzard shortly before 9am.

As a result, all lines were closed between London Euston and Milton Keynes Central, including via Watford Junction.

Huge crowds can be seen gathering in London Euston following the closures.

While lines have now reopened, National Rail has warned of cancellations and substantial delays lasting up to an hour.

National Rail allowed travellers to use their tickets on other services as the lines were closed.

Passengers may also use ScotRail services between Glasgow Central and Edinburgh, and also Northern between Newcastle and Carlisle.

A National Rail spokesperson said: “Lines have been reopened between Milton Keynes Central and London Euston following the earlier incident where a person was been hit by a train.

“Trains may still be cancelled or delayed by up to 60 minutes whilst service recovers.

“We anticipate disruption will continue until 12pm.” 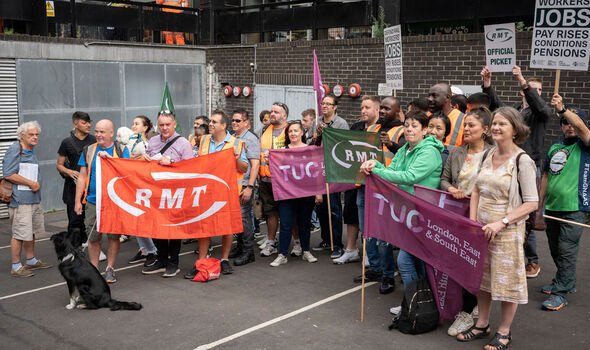 A British Transport Police spokesperson confirmed the death, but added it was not being treated as suspicious.

A spokesperson said: “Officers were called to the line in Leighton Buzzard at 8.56am today (July 28) following reports of a casualty on the tracks.

“Paramedics also attended, however sadly a person was pronounced dead at the scene.

“The incident is not being treated as suspicious and a file will be prepared for the coroner.”

The station only saw five train departures each hour, compared to an average of seventeen on non-strike days.

Travellers were encouraged to use trains only if absolutely necessary.

Network Rail’s West Coast South route director James Dean stated, “With a fraction of the usual workforce available, including signallers who safely move trains around the network there will be a severely limited service during RMT strike action tomorrow (27th July).

“Many routes won’t be served at all, once again pointlessly causing misery for millions of rail passengers.

“I can only apologise for the impact another RMT strike will have on people’s lives, especially those travelling for holidays or attending events such as the UEFA Women’s Euro 2022 semi-final in Milton Keynes (Wednesday 27th) and the opening ceremony of the Commonwealth Games in Birmingham (Thursday 28th).

“It is frustrating to yet again ask our passengers to change their plans and only make essential journeys.”

The railway drivers’ union Aslef has separately called for strike action across seven train operators on Saturday, 30 July, which will considerably disrupt journeys.