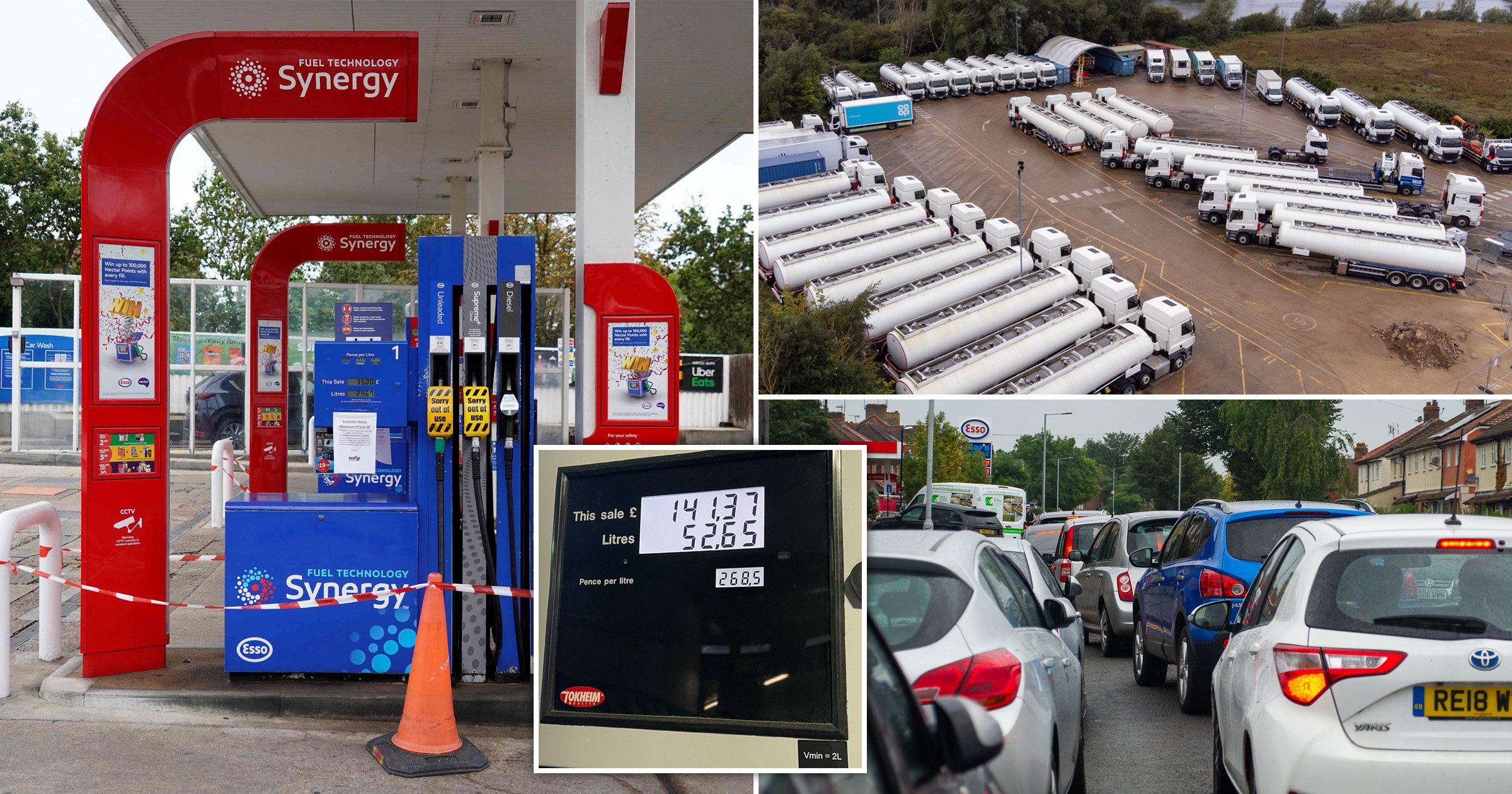 Petrol has rocketed to nearly £3 a litre at a pricey pump in London as the shortage continues to grip parts of the country.

The Petrol Retailers Association today suggested stock levels in the capital and South East were plummeting.

And one gas station appears to be cashing in on the ongoing crisis, having raised its prices to more than double the normal average.

A Gulf station in Sloane Avenue, south Kensington, could be selling Britain’s most expensive unleaded at an eye-watering £2.93 a litre.

It means drivers will get less than seven litres of fuel for £20, while fully re-fuelling a small car would cost more than £150.

The hike was spotted by Londoner Simon Lloyd, 56, who said the steep costs were ‘not deterring people at all’.

He told the Sun: ‘I thought it was high at £1.98 and then it’s gone up. It wouldn’t suprise me by Sunday if it’s banging on the door at three quid.

‘It’s only a small petrol station with three pumps, they are trying to dissuade people in a nice way from filling up their tanks.

‘[But] it’s not deterring people at all – they will pay any price. There were guys parked in there for hours waiting for it to open.’

Shortages have rumbled on for the past 10 days, and from Monday servicemen will deliver fuel to forecourts in an attempt to ease the crisis.

Health secretary Sajid Javid said the situation is ‘stabilising’ in the majority of the UK and the military was being deployed as a ‘precaution’.

But the petrol association’s chairman Brian Madderson said it remains ‘a really big problem’ in parts of Britain.

He told the BBC Radio 4 Today programme: ‘In London and the South East and possibly parts of eastern England, if anything it has got worse.’

Mr Madderson welcomed the military driver announcement, but warned it will have a limited impact.

He said: ‘This isn’t going to be the major panacea. It’s a large help but in terms of the volume, they are not going to be able to carry that much.

‘We do need a prioritisation of deliveries to filling stations – particularly the independent ones which are the neighbourhood retail sites – in London and the South East starting immediately.’

He said rising world oil prices mean motorists should expect higher prices at the pumps even when filling stations are resupplied: ‘Expect anything from 1, 2 or even 3p a litre increases at the pump.

‘This is not profiteering. This is genuine wholesale price increases causes by global factors.’

Pre-shortage, petrol cost an average 136p per litre, while diesel was 138p. Gulf Oil has been approached for comment.