The anti-racism campaign group is holding protests in Hyde Park today and in Parliament Square on Saturday over the death of George Floyd in the US. Thousands of people are expected to take part and organisers said the demonstrations will be “larger than anything we saw in previous Black Lives Matter protests”.

A Black Lives Matter London spokesman told the Evening Standard: “We want as many Londoners to join as possible.

“We hope people will engage in action in any way that they can, whether it be a protest or whether it be supporting an existing campaign or otherwise.”

The spokesman added the protests were to “show solidarity with the people of the US, particularly black Americans”.

They said: “The injustice in the US has refocused the similar problems we have here in the UK”. 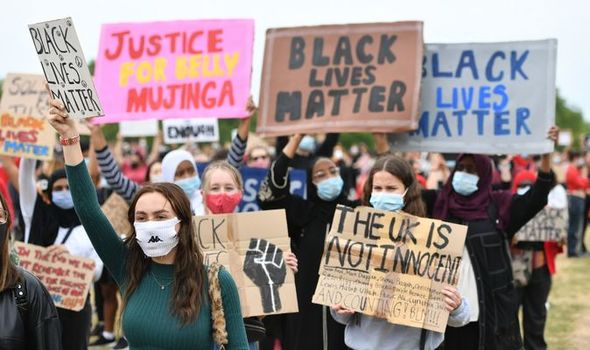 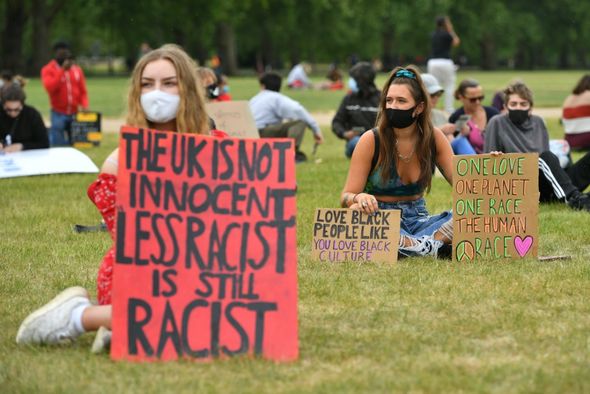 Mr Floyd, 46, who was African-American, died in Minneapolis last week after a police officer held him down by pressing a knee into his neck.

His death has sparked protests across the US and around the world.

Thousands of people marched in the capital on Sunday for a Black Lives Matter demonstration. 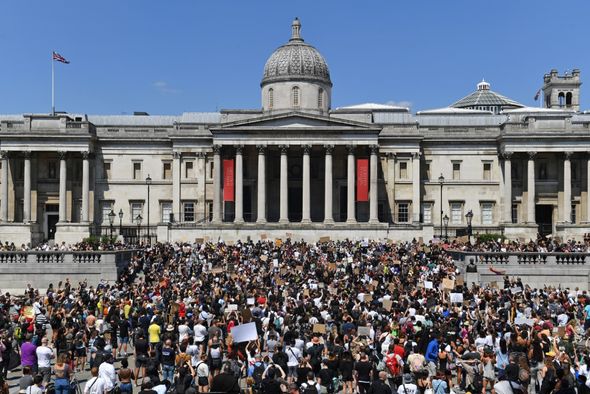 The protest started in Trafalgar Square before heading to the US embassy in Battersea.

Demonstrators – many wearing face masks – headed through Chelsea, Knightsbridge and Notting Hill before gathering at the base of Grenfell Tower.

Protester Isabelle Orsini, 20, who is originally from New York but now lives in Kensington, said: “The US obviously has a much deeper and darker history of black discrimination compared to the UK. 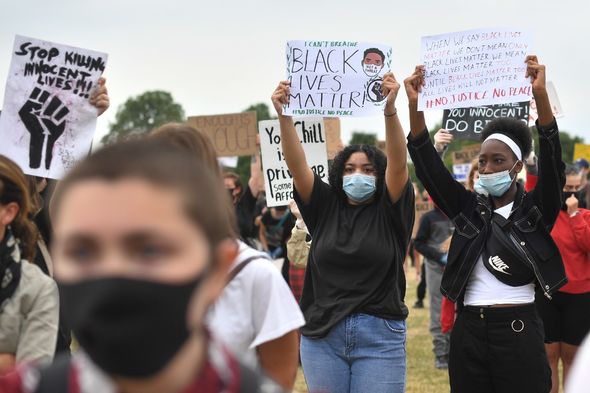 “The reason people are so angry is because this is reopening wounds that go back hundreds of years.

“It is very important that we do whatever it takes to tell our government that racism will not be tolerated.”

Britons are being urged to “take the knee” on their doorsteps at 6pm on Wednesday for a further protest organised by Stand Up to Racism (SUTR).

SUTR said the campaign was inspired by the kneeling protest staged by American football star Colin Kaepernick in 2016 that has become synonymous with the Black Lives Matter movement. 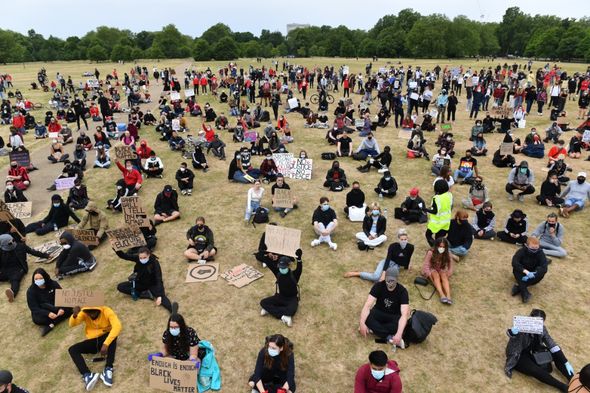 It comes as a review by Public Health England found black, Asian and minority ethnic (BAME) people are at significantly higher risk of dying from coronavirus.

Campaigners are calling for a public inquiry into the disproportionate impact of Covid-19 on BAME communities.

Weyman Bennett of SUTR said: “Racism is the underlying condition that continues to kill black and BAME communities.

“Take the knee at 6pm because there is a boot on the neck of millions of people in the BAME community.

“Part of the cure for the virus of racism is to embrace anti-racism and anti-fascism.”

“We call on people to take the knee on their doorstep in solidarity with George Floyd at 6pm.

“We stand for justice for George Floyd and say Black Lives Matter.”