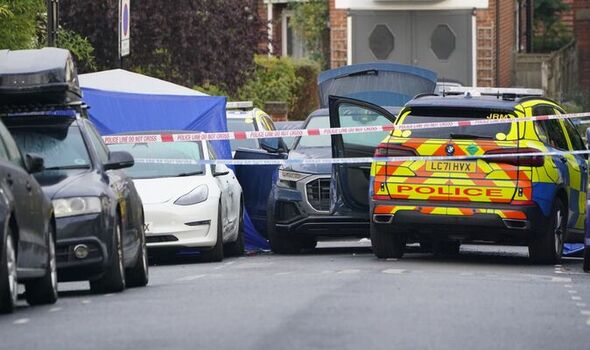 The Metropolitan Police said that the man, believed to be in his twenties, was being followed by specialist firearms officers at around 9.15pm in the Lambeth area when he sustained a gunshot wounds. He was taken to hospital, but later died of his injuries in the early hours of this morning.

In a statement released shortly after his death, the force said that cordons and road closures remained in place.

According to the Met Police, officers stopped a “suspect vehicle” the man was in following “tactical contact” in Kirkstall Gardens, a residential road to the south of the A205.

It said that “a police firearm was discharged” and the occupant of the vehicle “sustained a gunshot injury”.

Officers on scene administered first aid, and requested the assistance of the London Ambulance Service and the London air ambulance.

As of half past midnight this morning (Tuesday), enquiries were ongoing to notify his next of kin.

The Met Police statement added: “As is protocol, the Met’s Directorate of Professional Standards were contacted and they notified the Independent Office for Police Conduct, who have launched an independent investigation.

“Enquiries into the exact circumstances are ongoing.”