Police were called to Saxon Road, Southall yesterday with witnesses also seeing armed officers along The Broadway. But the man is still refusing the leave the premises after nearly 20 hours.

A spokesperson for the Metropolitan Police said: “Police were called to Saxon Road, Southall at 2.12pm on Thursday, January 21, to reports of a man with a firearm.

“Officers attended. The man has refused to come out of a property when asked.

“As a precaution, nearby roads have been closed.” 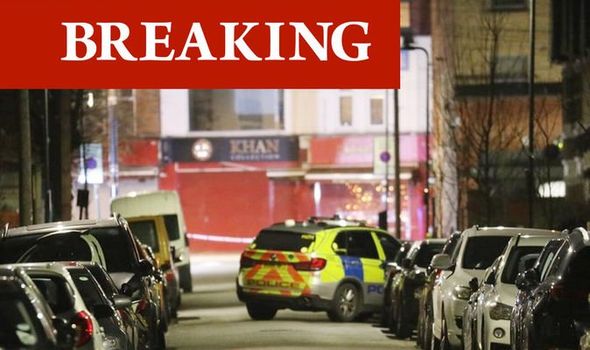 Ealing Council tweeted this morning: “Due to the police incident in Southall, traffic diversions will remain in place with The Broadway closed between Dane Road and Northcote Avenue.

“Saxon Road remains closed to all pedestrians and vehicles.”

Ealing Police also tweeted Southall Broadway between the A312 and Lady Margaret Road is currently closed.

They advised people to look for alternative routes.

One witness told MyLondon: “I’ve heard someone took out a gun.

“I don’t know if anyone’s been shot.

“That’s why police are there.

“They are carrying guns.”

Another witness added: “Heavy armed police several of them all parked up on West End Road.

“Something is cooking up on The Broadway, Southall.”

While a local restaurant owner said they saw “armed police go past the shop”.

Other officers were perched on people’s garden walls or in their front yard.

One police officer was also captured on film stood on someone’s front garden wall while pointing their gun in the distance.

However, it is not clear what they were pointing at.

Yesterday, a spokesperson for Ealing Council warned people to stay in their homes.

They said: “The incident in Saxon Road, Southall is ongoing. Local roads are closed so traffic is diverted.

“If you are already are in your home in the cordoned area please stay within your home.”