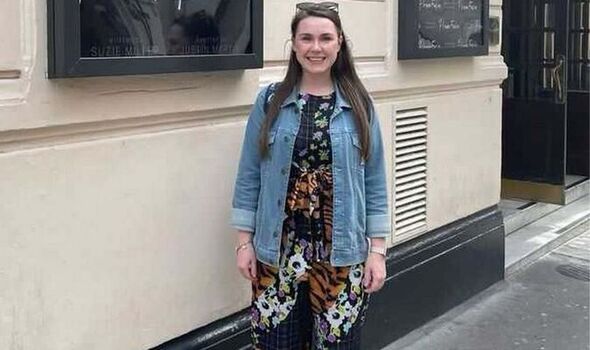 Jemma Page had her £1,500 iPhone swiped by thugs on Saturday afternoon while visiting London for the weekend with her sister. Having travelled from Nottingham, the 29-year-old logged the crime with police within 30 minutes of it happening, but was disheartened when she received an email that same evening telling her officers were no longer investigating the case. However, the case was reopened when Met Police received other, similar reports from the area.

Ms Page, who was in London to see Adele at Hyde Park, said the incident would make her think twice before visiting the capital again.

Speaking to MyLondon, she said: “I’ve never felt unsafe in London but now it has made me question whether I want to go back. I certainly don’t think I will go back to Greenwich. I was pretty annoyed that the case was closed so quickly. If they tracked the CCTV they could trace where they went.

“I had just come off the cable cars in Greenwich with my sister and I had my phone out looking for directions with Google Maps. I was crossing a Zebra Crossing and I felt a force and someone in black with a balaclava came up behind and snatched the phone. There was four of them and they cycled off very quickly.

“I tried to run after them but you can’t catch up with them because they’re on bikes and they’re probably carrying knives. I screamed and fell to the floor. People tried to stop them but they were so quick and professional.”

After closing her case, police rang Miss Page on Sunday and told her they were reopening the investigation because of several other reports of phone thefts over the weekend. She managed to cancel her SIM and lock her phone shortly after her phone was taken, and so far none of her accounts appear to have been accessed.

But she will have to continue paying the expensive contract for the phone until 2024. Miss Page said: “I’ve still got to pay for it but they’re sending me a new SIM card. Luckily I backed up my data so I have just lost the photos from the cable car ride and the pictures for two days so I will survive.

“And I had my bank card with me. I don’t normally have it, I just use my phone. I wouldn’t have been able to get around and pay for things without it.”

She later added: “I felt sad when I saw they’d closed the case. I understand there are finite resources and it’s just a phone – there are more important things the police need to focus on – but it paints the city in a bad light.

“These people are professionals at what they do. It’s how they make their living. They are getting away with stealing thousands of pounds’ worth of people’s property daily. It’s petty crime, but it more than likely leads onto greater things.”

Despite the ordeal Miss Page’s sister persuaded her to still go see Adele later in the evening, but she has cancelled plans to visit London again this coming weekend. Miss Page said: “It was a good evening and there was security everywhere in Hyde Park so it felt really safe.

“People in London know about phones being swiped but I wasn’t aware it happens. I think there should be signs warning people because tourists are just not aware of these things. I would try and kick their back wheel so they would fall off if it happened again but it was all so quick.”