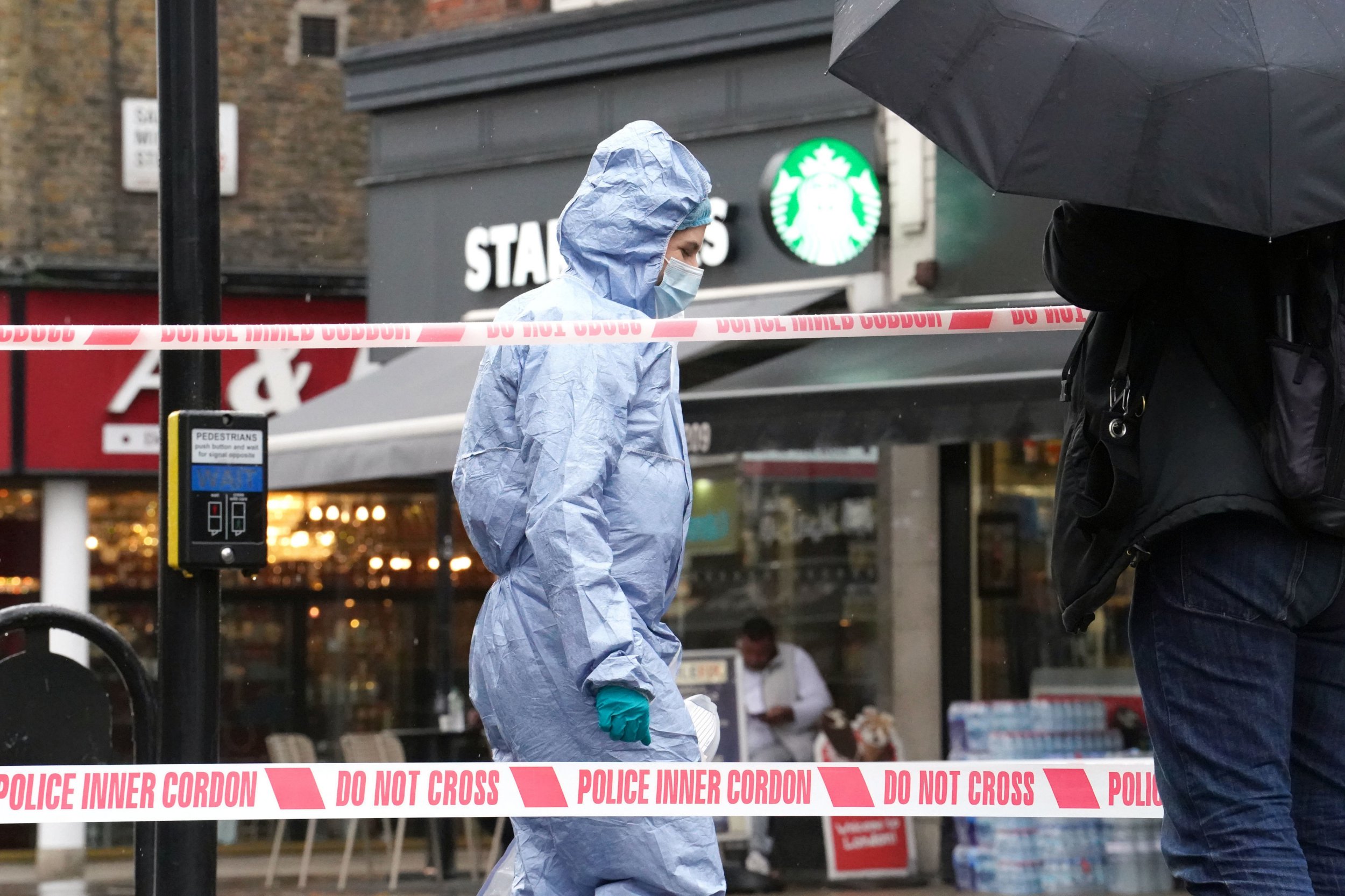 A knifeman was tackled by heroes on the street after stabbing a woman in a coffee shop, it has been claimed.

The suspect was reportedly taken down by brave bystanders as he tried to run from the cafe in Edgware Road, west London, where he allegedly stabbed a woman he knew this morning.

The owner of a shop across the road, Omar Awada, 47, said: ‘He tried to run away but the local guys managed to catch him and they beat him until the police came.

‘It was like Tom and Jerry, the guys were on him right and left.’

One ‘hero’ is said to have knocked the suspect down with a bicycle.

A witness said: ‘We heard screaming, we came out, the guy had a knife, he was stabbing the woman repeatedly, maybe five or six times.

‘Maybe 30 people or 40 people were chasing him. They were from our community.

‘They used anything in their hands to stop him.

‘When people chased him he tried to escape and scare people with the knife but we had one hero who put him down on the ground. He hit him with his bike.’

The man was taken to hospital and then arrested on suspicion of grievous bodily harm.

The victim was also rushed to hospital, but it is not yet known how serious her injuries are.

Forensics investigators have been combing the scene for evidence and taking photographs.

A police cordon was set up around Maison Du Sultan and a neighbouring Costa coffee shop, with officers standing guard.