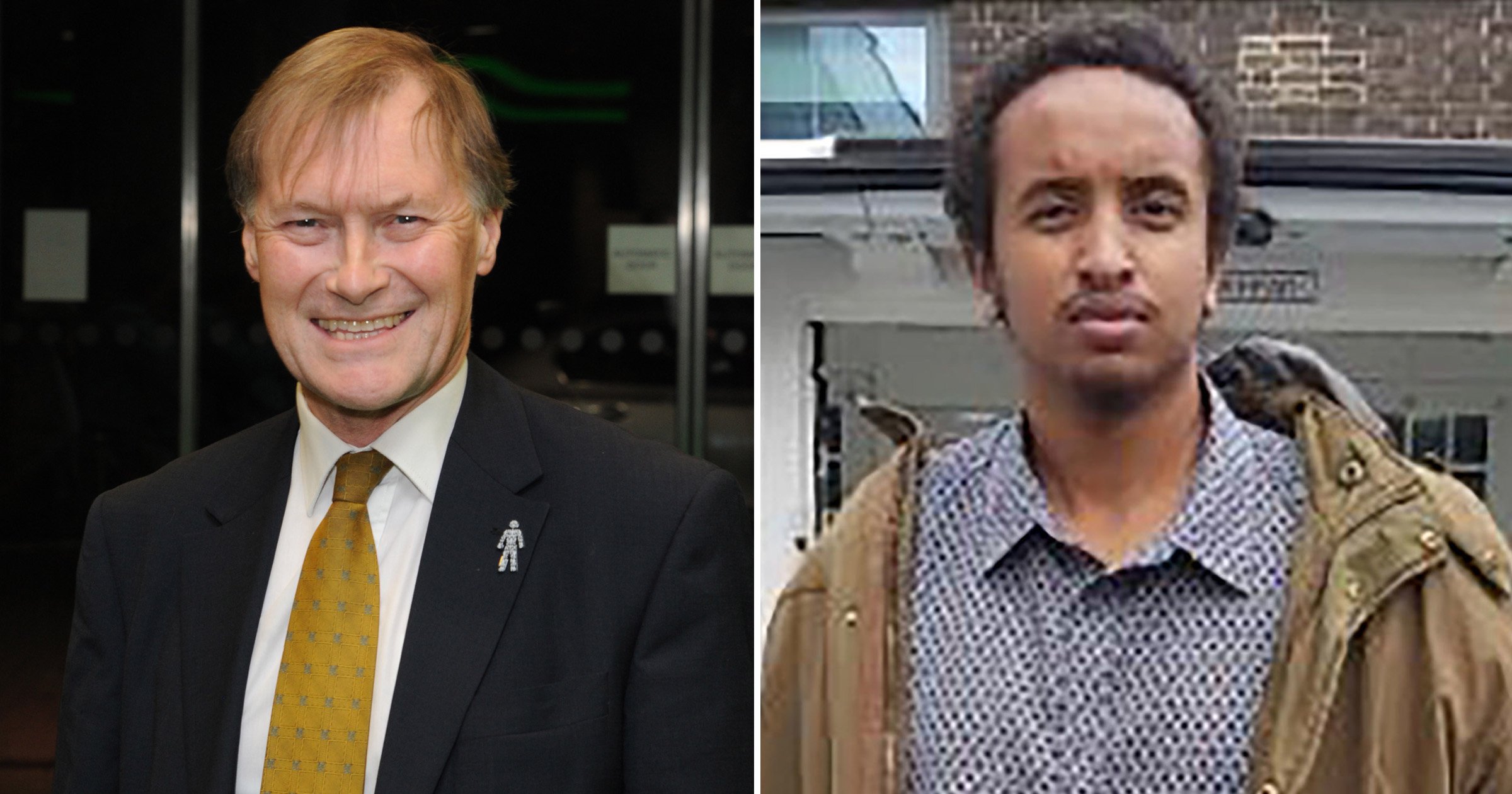 Conservative MP Sir David was stabbed more than 20 times with a foot-long carving knife as he held a constituency surgery in Essex.

His devastated family said their hearts had been ‘shattered’ by his ‘cruel and violent death’ at Belfairs Methodist Church in Leigh-on-Sea.

Ali admitted to killing the veteran politician after tricking the politician’s office into believing he was a healthcare worker moving to the area.

But he denied murder and preparing acts of terrorism after the attack on October 15 last year.

He told the Old Bailey he had no regrets over the killing as it meant Sir David could no longer ‘harm Muslims’ – referencing the MP’s previous voting record on the UK’s foreign policy, including air strikes on Syria.

Michael Gove, Dominic Raab and Sir Keir Starmer were all assessed as potential targets as the Londoner spent years hatching the plot, the court heard.

‘If I thought I did anything wrong, I wouldn’t have done it’, Ali told the court.

He continued: ‘I decided to do it because I felt that if I could kill someone who made decisions to kill Muslims, it could prevent further harm to those Muslims.’

‘He voted previously in Parliament, not just him… I decided if I couldn’t make hijrah, if I couldn’t help the Muslims (in Syria), I would do something here.’

When he was asked what difference killing Sir David would make, he replied: ‘For one, he can’t vote again.

‘If he had previous for doing votes like that he won’t do it in the future, and perhaps send a message to his colleagues.’