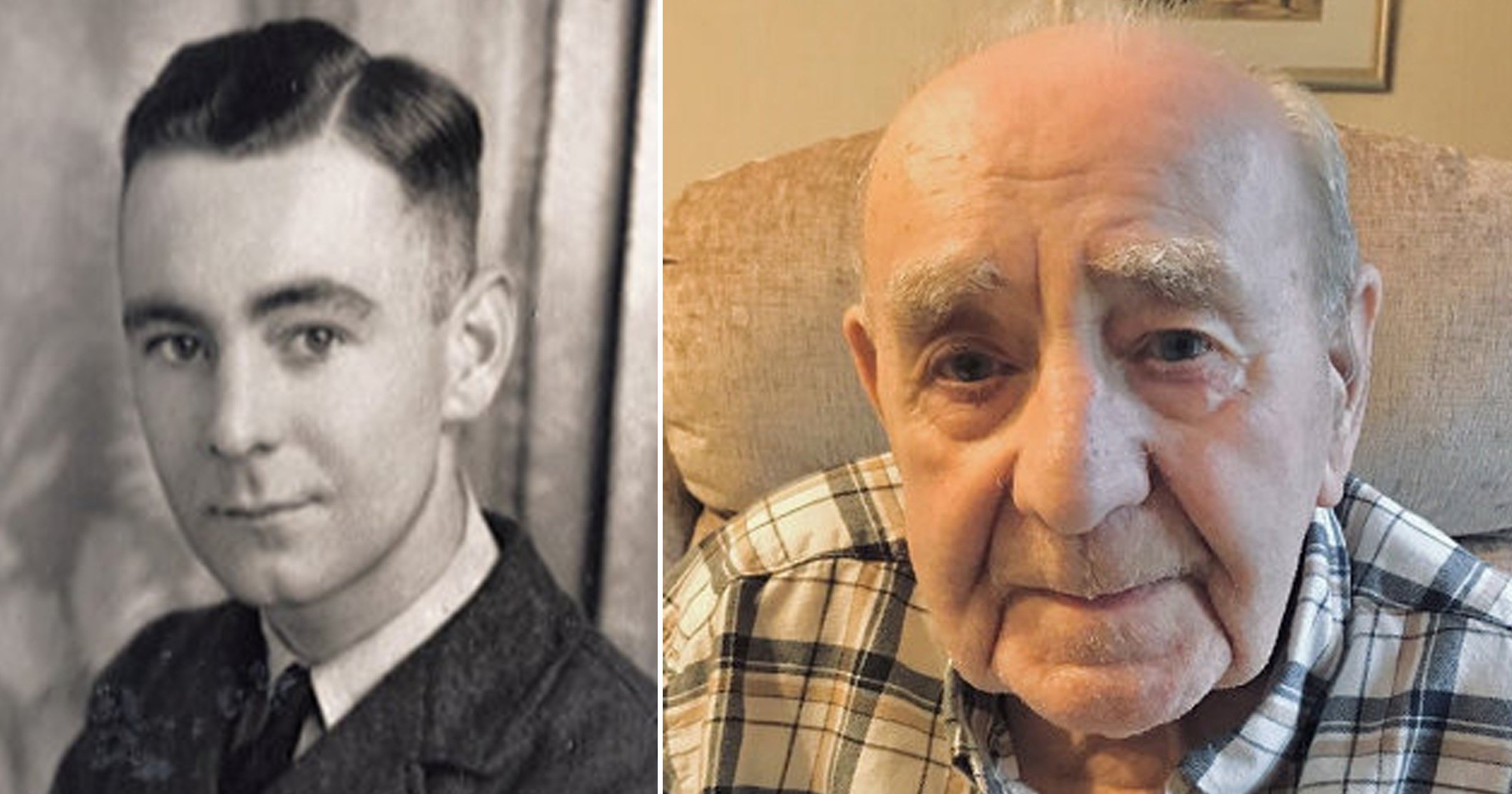 A widowed RAF veteran is set to receive more than 1,000 cards for his 101st birthday after kind-hearted care home staff appealed to strangers to help make his day special.

Jack Annall will not be able to get a visit from his daughter Mary as she lives in Australia and cannot travel due to coronavirus restrictions.

So to avoid him feeling lonely, care home manager Vicky Gudgin, 32, appealed for cards to be sent to him at the facility in Halifax, West Yorkshire.

She was stunned with the response, with more than 700 having already arrived and hundreds more thought to be in the post.

Ms Gudgin said: ‘I knew he was feeling a little bit down about not being able to see his daughter and I thought, what can we do to lift his spirits?

‘I thought, let’s get the community involved and the extent it has is incredible.’

She initially asked colleagues and residents at other homes to send cards, but the appeal snowballed once it was posted on social media and hundreds started arriving from all over the world.

Mr Annall is now set to get a visit from the air force and local mayor, as well as enjoying a brass band concert on his big day next Thursday, August 19.

Ms Gudgin said: ‘jack is a wonderful person and we really want to make the day special for him.

‘Knowing Jack, he wouldn’t want a big party – I just thought it would be nice to get a few cards for him.

‘Initially, I wanted to get 101 cards but we’ve already had 700 delivered.

‘We’ve got 200 on the way from ex-servicemen and another from a local group.

Staff have now had to set aside a lounge room in the home to accommodate all the cards and gifts.

Ms Gudgin went on: ‘We’ve had businesses and people offering to send presents and arrange entertainment. We’ve had singers offer to come and perform.

‘But Jack likes to be low-key so we’ve tried to keep it that way as best we can.

‘He’ll have a visit from an RAF representative, the mayor is coming to see him and we have a brass band playing for him because he loves brass bands.

‘We’re keeping the cards a surprise for him though.’

Mr Annall was born in Carlisle, Cumbria, but moved to Bradford, West Yorkshire, where he lived with his late wife May.

He served as a joiner in the RAF for more than four years during the Second World War as part of Number 617 Squadron and worked on Mosquito planes.

Their daughter, Mary, now lives in Sydney and has not been to the UK for more than three years in part due to the coronavirus pandemic.

He has video calls with his daughter twice a week and his niece also visits once a week, but he has no grandchildren.

Mr Annall, who has resided in the Sandholme Fold care home since 2016, said good food was the secret to living so long.

Mary, who plans to give her dad a special call on his birthday, said: ‘Dad is an amazing man who has always supported those close to him.’