Prince William said the Royal Family had seen “five rainbows” above Balmoral Castle in the Scottish Highlands since his beloved grandmother, the Queen, died on September 8. The Prince and Princess of Wales met with volunteers and operational staff who were involved in facilitating the Committal Service for Her Majesty at St George’s Chapel, Windsor Castle, on Monday watched by huge crowds. Prince William made the comments while chatting with a group of people.

Prince William said in conversation: “You hardly ever see rainbows up there, but there were five.”

Kate Middleton replied: “Her Majesty was looking down on us.”

The pair met the volunteers at Windsor’s Guildhall this afternoon, where they thanked those who ensured the events on Monday ran smoothly and efficiently.

And Prince William isn’t the only one to have spotted rainbows since the Queen’s death, as on the day hundreds of people took to social media to share their images of a “double rainbow” at Buckingham Palace. 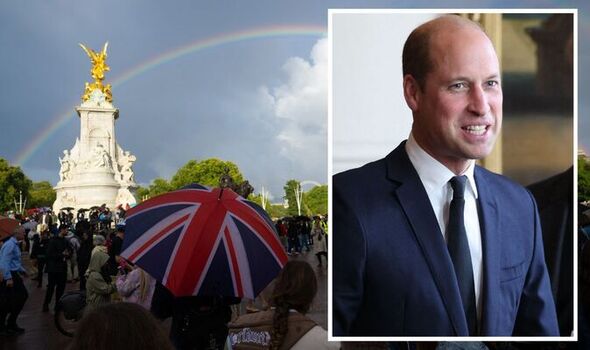 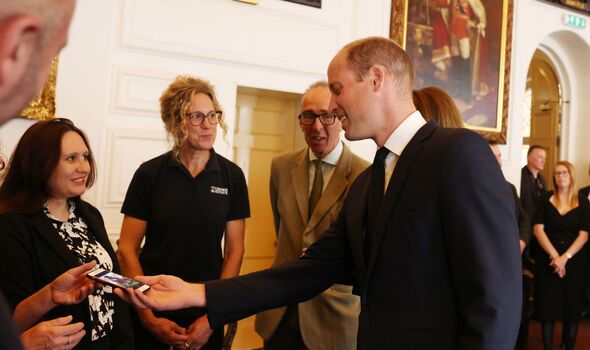 The Queen died on September 8 at her beloved Balmoral Castle in the Scottish Highlands, with William saying they “hardly ever see rainbows” on the estate.

The typical British summer weather played a vital role in how the Queen’s death will be remembered.

As viewers nervously watched the news coverage throughout the afternoon, it quickly became apparent the weather at Balmoral was reflecting the mood of the nation.

With cameras focused on the large gates at the main entrance to Balmoral, newsreaders and guards at the estate could be seen battling the elements as rain almost continually hammered down. 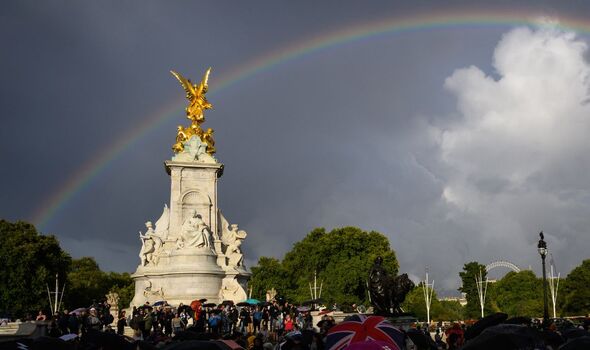 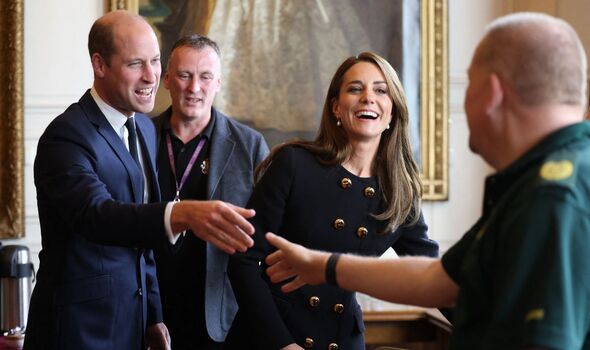 Despite the heavens opening throughout the day up to the point of the announcement, in London and other areas of the UK, people took solace in the appearance of two new arcs of colour in the sky.

People who had gathered at Buckingham Palace tweeted pictures of a double rainbow over the Palace with similar images also emerging from Windsor Castle.

Twitter user @terri555769 said: “That rainbow was so beautiful. God was watching and waiting for a perfect sign to the people of the UK, the Queen is in His hands now!”

Alongside the double rainbow, another royal fan posted to Facebook a cloud formation spotted by her daughter following the Queen’s passing. 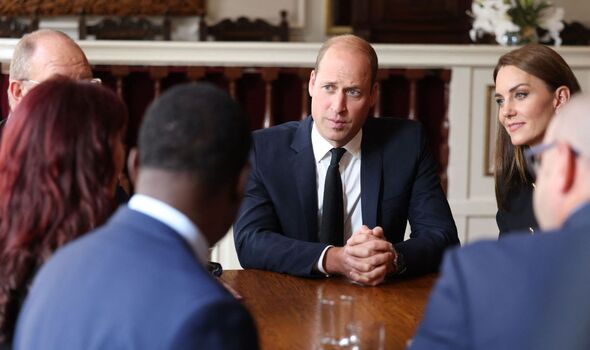 “I panicked…then she pointed this image out in the clouds. The Queen.”

The clouds looked like the outline of the Queen’s signature hairstyle, and what could be seen as her neck and shoulders looking towards the sun.

The weather throughout the historic day of the Queen’s death seemed to mimic the feeling of the nation and bring solace to many.