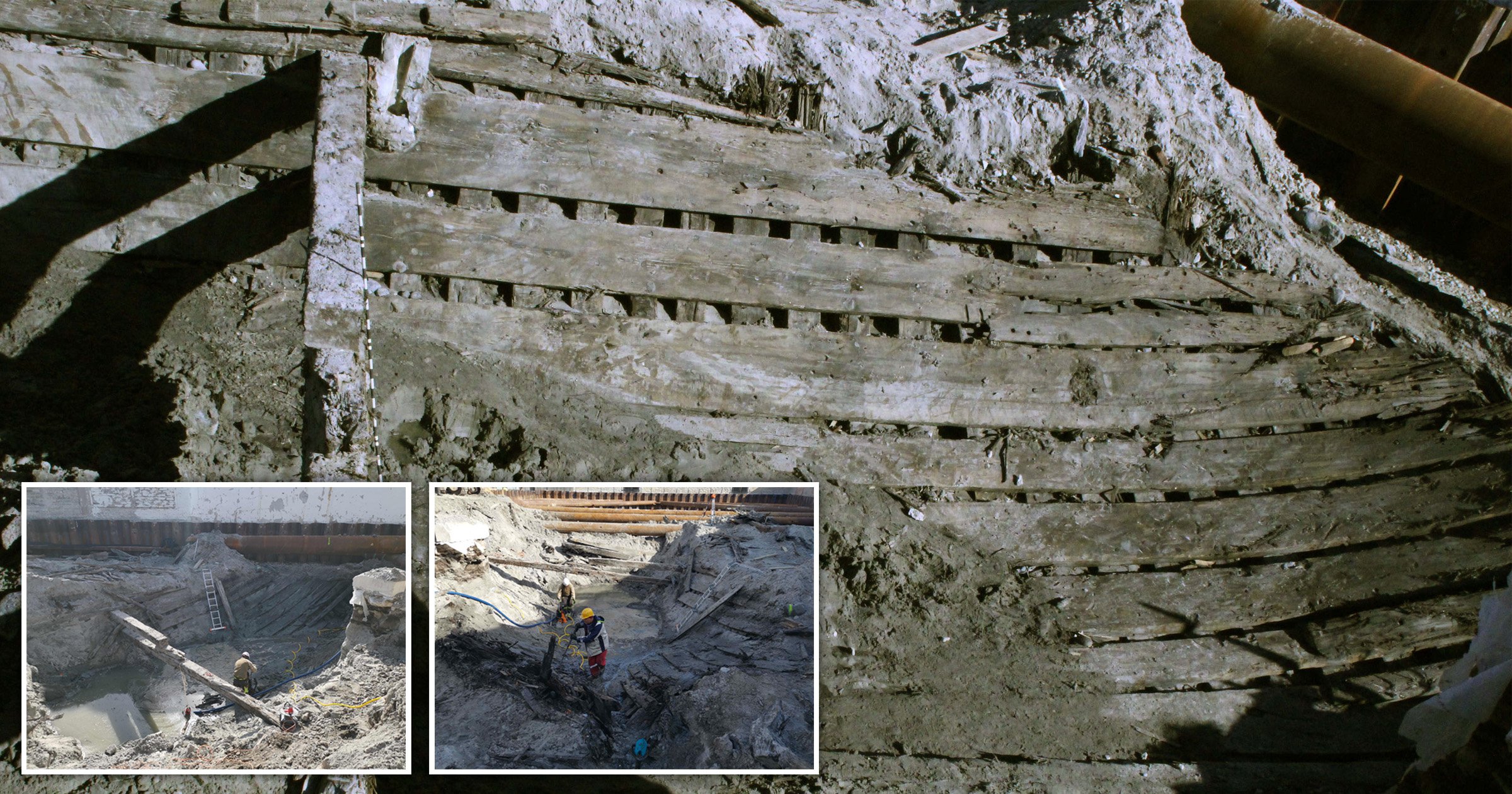 This 13th-century ship was discovered barely five feet beneath an Estonian street after being lost 700 years ago.

Construction workers building offices in Tallinn were brought to a halt when the rare 80ft-long vessel was stumbled upon.

It’s believed to be a Hanseatic cog once owned by the Hanseatic League, a powerful merchant alliance spanning several European nations.

The whole area used to be undersea, with the ship sinking close to the Härjapea river mouth.

Surviving vessels belonging to the confederation are few and far between, with the most famous example being the Bremen Cog, discovered in Germany in 1962.

But the new discovery is said to be 82 years older and in even better condition.

Dated to 1298, it was built with 24-metre long massive oak logs and sealed with animal hair and tar.

Fragments of medieval leather shoes, tools and wool material used for packing have been located – but experts hope to find even more as excavation continues.

Another historic wreck was found 50 metres away in 2008, leading to construction workers being warned there could be another close-by.

Archaeologist Mihkel Tammet, who was called in to supervise, said: ‘800 years ago we had almost two metres of water here.

‘There were probably shallower underwater sand ridges which were hard to map because they changed their shape and location because of ice drifts and storms.

‘Our ship was found on one of these ridges under the sediments. It sank close to the Härjapea river mouth.’

During the peak of its power, the Hanseatic League had a virtual monopoly over maritime trade in the North and Baltic seas.

It went to war with Denmark to protect its interests, sacked Copenhagen and forced King Valdemar IV to give up 15% of profits from Danish trade with a humiliating peace treaty.

The Hanseatic cog was the ship of choice as it had lots of cargo space, a flat bottom for accessing shallow waters and needed fewer men to operate it.

Ragnar Nurk, an archaeologist with the Tallinn city government, has revealed the ship cannot be moved in one part due to its size and the restricted conditions of construction.

‘There are two main options currently: it will go to the maritime museum or to the wreck preservation area in Tallinn Bay near Naissaar Island’, he said.

A representative of the company EHC Lootsi OÜ confirmed that the ship was found on their land.

It’s predicted the discovery will push back the completion of the new office building by two months.