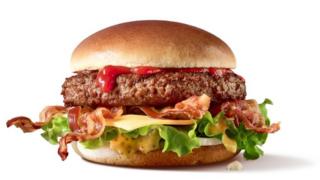 US citizens who need help in Austria can now head to their nearest branch of McDonald’s, because of an agreement signed by the fast-food giant.

The embassy says any American “in distress” or whose passport has been lost or stolen can get assistance from one Austria’s 194 McDonald’s joints.

Restaurant staff have been given the task of helping US citizens get in touch with the US embassy.

A 24-hour hotline to the embassy is part of the arrangement.

The embassy said it was ensuring that American citizens had every option available to get in touch when in need – “the #1 duty of every embassy around the world”.

McDonald’s said it saw itself as a type of support and telephone exchange and had agreed to the idea on the request of US ambassador Trevor Traina.

A spokesman told the BBC it would also “help anyone who finds themselves in need of assistance, for example, by calling the police or emergency services”.

The company said its branches would continue to be Austrian territory and would offer help to anyone in need, not just Americans.

Not everyone was impressed by the announcement on social media:

To which the embassy responded “certainly not”, adding that the embassy was fully staffed and the partnership was “only one extra way for Americans to connect to the Embassy when they are in an emergency situation”.

President Trump is himself widely known for his taste for burgers and fries.

In January he ordered 300 burgers, fries and pizzas for the White House from a variety of fast-food joints when he had guests during the partial government shutdown.