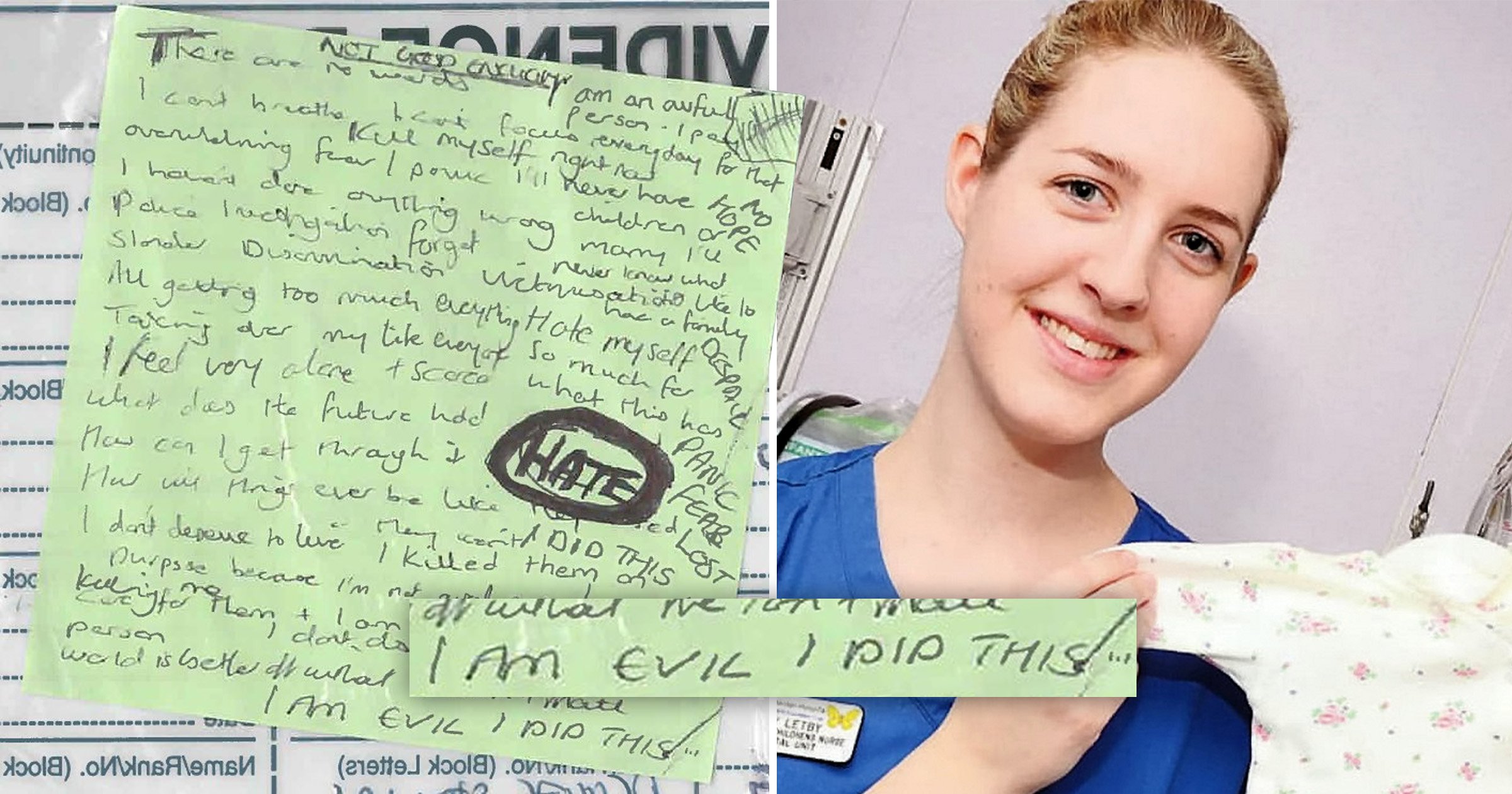 A nurse accused of murdering of seven babies and trying to kill 10 others wrote a handwritten note in capital letters saying ‘I am evil, I did this’, her trial heard.

On another piece of paper, Lucy Letby, 32, allegedly wrote ‘I don’t deserve to live. I killed them on purpose because I’m not good enough to care for them’.

The prosecution concluded the opening of their case against the neo-natal nurse today, after four days.

Nick Johnson QC told a jury that while working at Countess of Chester Hospital between June 2015 and July 2016 she killed the babies and caused others to collapse in a variety of ways, including poisoning.

Mr Johnson said ‘interesting items’ were found after the arrest and police search of Letby’s house.

He said: ‘I have already told you that the police found a large quantity of hospital paperwork relating to many of the children whose deaths and collapses you are now considering.

‘They also found some other interesting items. There were some Post-it notes with closely-written words, some of which included the names of some of her colleagues. 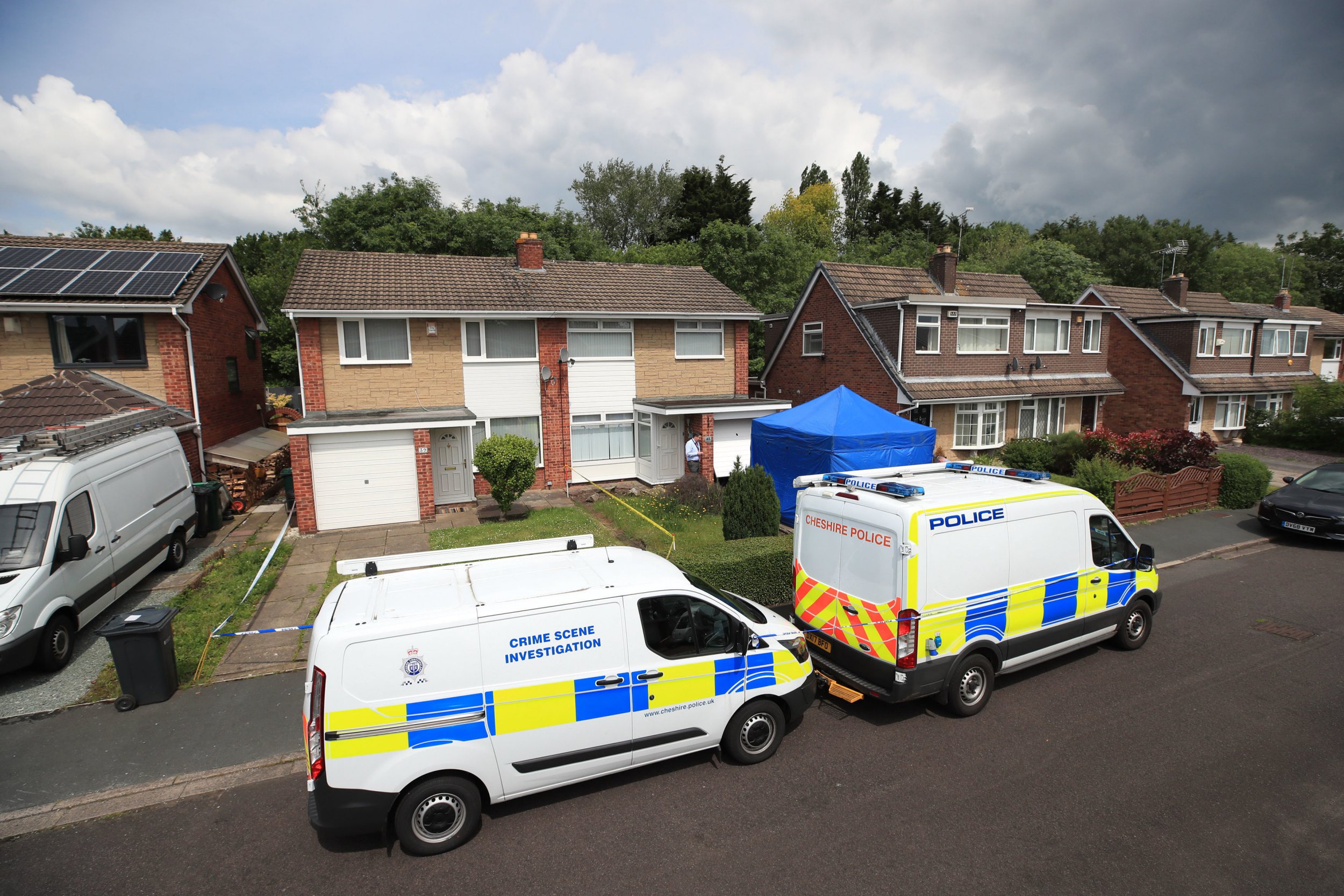 ‘On some of the notes were phrases like as “Why/how has this happened – what process has led to this current situation. ‘What allegations have been made and by who? Do they have written evidence to support their comments?”

‘In her writings, she expressed frustration at the fact that she was not being allowed back on to the neo-natal unit and wrote, “I haven’t done anything wrong and they have no evidence, so why have I had to hide away?”

‘And notes also expressed concern for the long-term effects of what she feared was being alleged against her and there are also many protestations of innocence.

‘But I want to show you one note in particular.’

Highlighting a yellow Post-it note shown on TV screens to the jury, Mr Johnson focused on some of the words written by Letby.

Mr Johnson said: ‘She wrote, “I don’t deserve to live. I killed them on purpose because I’m not good enough”. “I am a horrible evil person” and in capital letters, “I AM EVIL I DID THIS”.’

He concluded: ‘Well, ladies and gentlemen, that in a nutshell is your task in this case.

‘Whether or not she did these dreadful things is the decision you will have to make when you have heard all the evidence.’

But beginning the defence, Ben Myers told the jury that there were failings at the neo-natal unit which had ‘nothing to do with Lucy Letby’.

He also referred to the post-it note but said it showed the writings of an ‘anguished woman in despair’ who was realising the huge scale of the allegations against her.

One line on the note said she had an ‘overwhelming fear… I’ll never have children or marry… I will never know what it’s like to have a family… despair’, he said.

The trial, scheduled to last six months, began on Monday and the jury has now heard in outline the seven murder and 10 attempted murder allegations.

These include allegations Letby attacked newborn babies using a variety of methods, including by insulin poisoning and injecting infants with air, causing them to stop breathing.

Most of the babies were born premature, some just a day old when they were allegedly attacked.

Jurors also heard Letby sent a sympathy card to the parents of a baby girl she allegedly murdered on the fourth attempt, and was allegedly interrupted in the act of attacking children by unsuspecting parents and medics.

She also allegedly took a photo of triplets Child O and Child P in their cot after they had both been murdered by her, the court heard.

Letby, originally from Hereford, denies all the allegations.