Police have arrested 23 protesters after members of Insulate Britain attempted to block the M25 for the fifth time.

Surrey Police confirmed a number of Insulate Britain protesters were on the clockwise and anticlockwise carriageways between junction 9 and 10 for Woking of the M25.

The protest was reported at around 8am and officers were called to the scene. 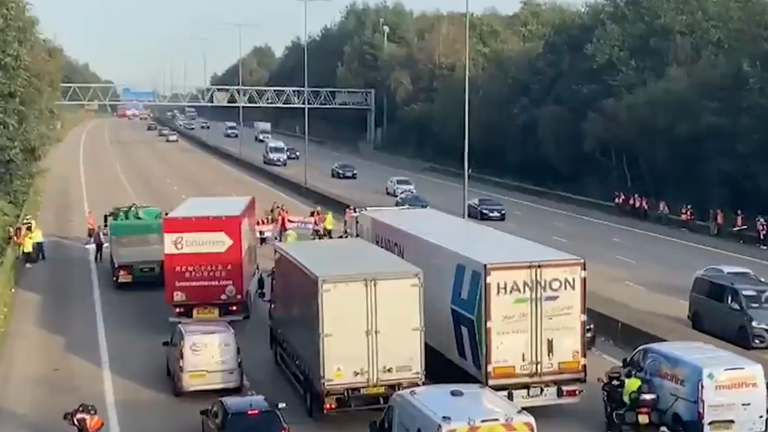 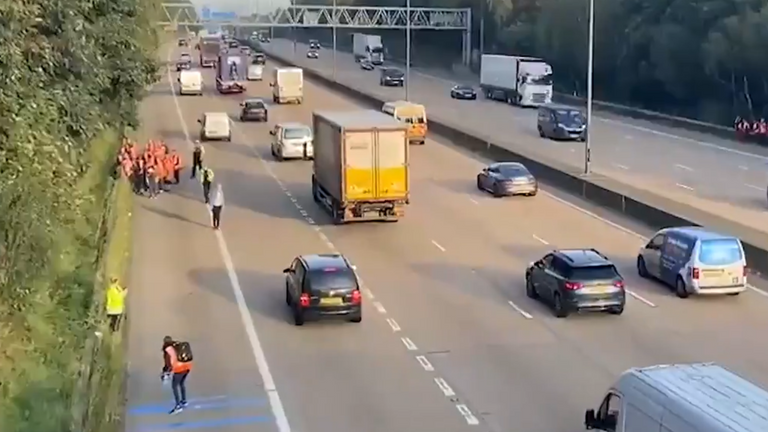 Both carriageways were blocked, but have since been fully reopened by officers who cleared protesters off the road.

Surrey Police said: “Lanes on both clockwise and anticlockwise carriageways of the M25 between junctions 9 and 10 are now fully re-opened after officers cleared all of the Insulate Britain protesters off of the road.

Drivers were advised to avoid the area while officers dealt with the incident.

Insulate Britain claimed “new people” joined the protest, along with some who have participated in all five of the group’s actions to date.

It also said blue paint was poured on the road. 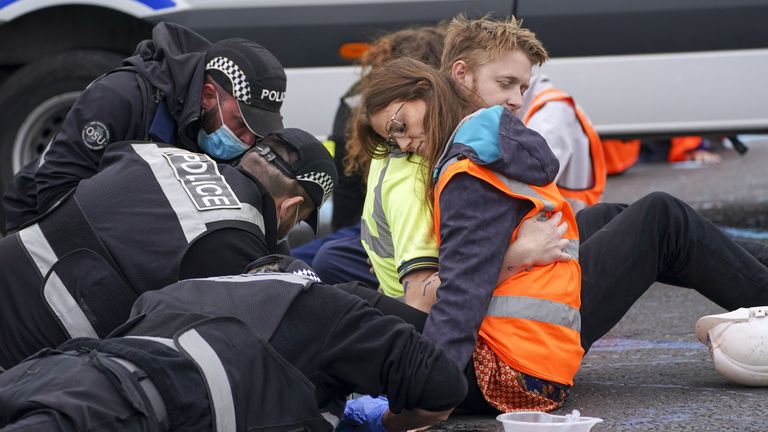 “We have seen no evidence that the cause of Insulating Britain has been a set back, as suggested yesterday by the prime minister,” the group said on its website.

“Due to Insulate Britain’s actions, the plan to insulate the nation’s homes has entered the national debate.

“The recent extreme rise in gas and electricity costs has increased the urgency of Insulate Britain’s demands. Boris, get on with the job!” 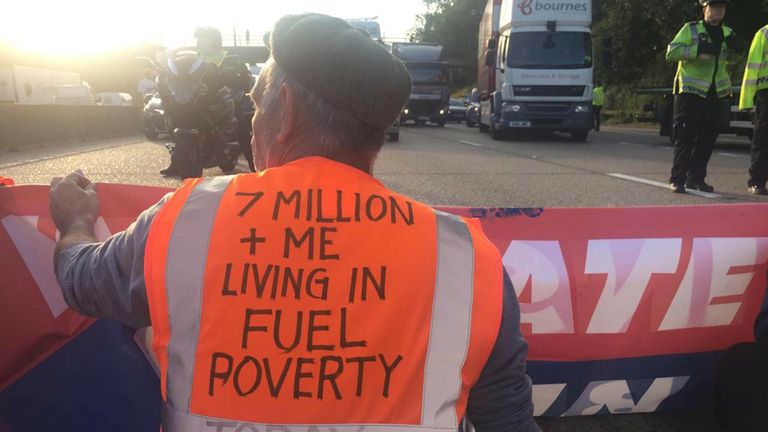 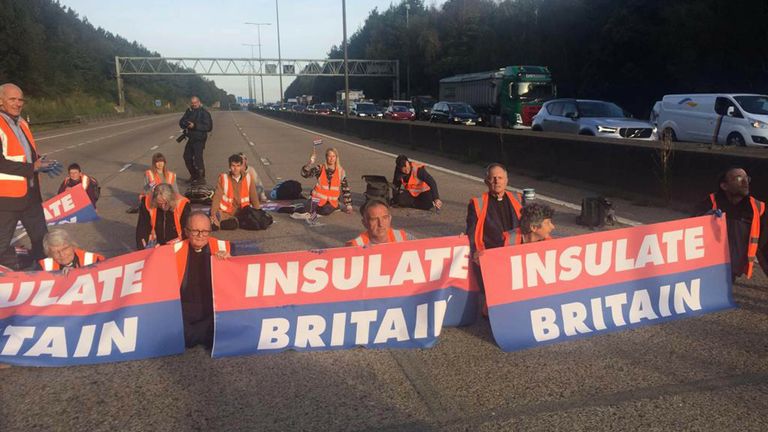 Demonstrators are calling on the government to insulate all of “Britain’s 29 million leaky homes by 2030 and all social housing by 2025”.

Spokesperson for the group, Liam Norton, added: “The idea that people would suddenly decide insulating our leaky homes is a bad idea as a result of our campaign is frankly laughable.

“We are simply asking the government to get on the job. The people of Britain understand that climate change is a severe threat to everything they hold dear.”

He added that the public is “looking to the government for leadership”, saying: “We have a practical solution and have received encouragement for our aims from many construction industry professionals.” 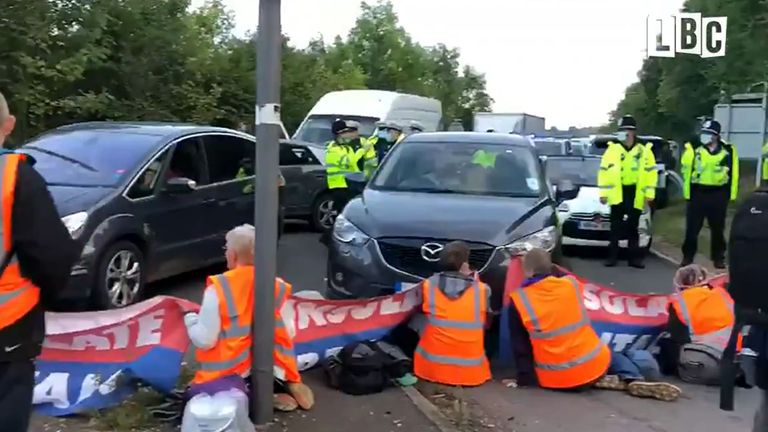 Dr Diana Warner, a retired GP from Gloucestershire, added: “Insulating homes is such a necessary action right now, for health, economy and climate. All our homes.

“Only the government can get that done. Boris just needs to get on with it. This is a practical way to start to level up Britain. No words, we need action and results.”

It comes after a total of 41 people were arrested in connection with the protests on the M25 and A1(M) on Monday.

The climate activists behind the roadblocks “profoundly apologise” for the disruption, they said in an open letter to the home secretary on Monday.

The group has written to Priti Patel, asking for “open dialogue”, but has said it has not yet received a response.