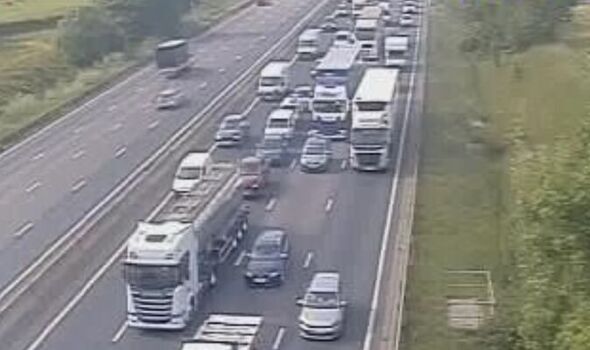 The incident occurred between junctions 17 and 16 on the southbound carriageway.

A speed limit of 40 mph has been put in place as queues build.

Images show traffic stretching into the distance from the incident.

“Lanes one and two (of four) are closed.”

There is reportedly four and a half miles of congestion as a result.

Delays are expected to last nearly an hour.

Just three days ago the M6 northbound towards Lancashire was hit with huge traffic queues following a crash.

The queues reportedly stretched for over seven miles.

Two lanes were closed on the northbound M6 near junction 25 for Bryn following the crash at around 3.30pm Friday (June 10).

The delays in this instance lasted for over an hour.