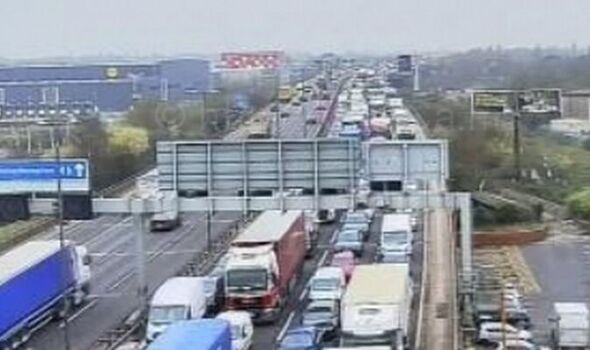 According to National Highways, there are delays of up to 1 hour on the M6 southbound. due to a collision between J9 (Wednesbury) and J8 (M5). Lanes 3 and 4 (of 4) are closed for ongoing recovery and clear-up, following a collision which occurred around 7:45am on Monday morning.

National Highways then added all emergency services attended the incident.

There is approximately 7 miles of slow moving traffic with congestion back to J11.

A spokesperson for West Midlands Fire Service told BlackCountryLive: “I can confirm that we are at an RTC on the M6 and have two appliances still in attendance.”

A spokesperson for West Midlands Ambulance Service said: “We were called at 7:41am to reports of an RTC involving a car and lorry on the M6 south between junctions 9 and 8.

“We sent one ambulance and a paramedic officer to the scene and treated a woman, the driver of the car, for minor injuries.

She was conveyed to Sandwell Hospital for further treatment.”