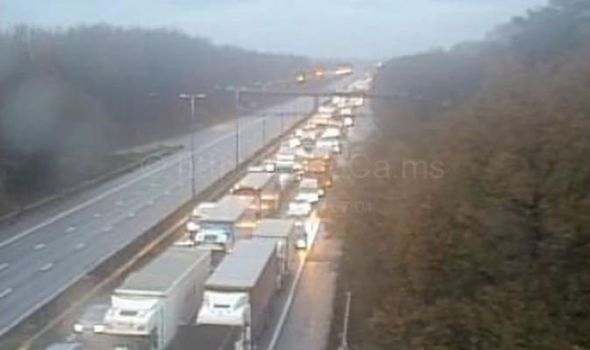 Both carriageways were shut for hours between junction 11 for Cannock, Staffordshire, and junction 10 for Walsall, West Midlands, as a result of the crash involving two cars. One of the drivers got out of his car and was then struck by a van. The man, who was the only casualty, was rushed to hospital.

But the collision caused nine miles of queues on the southbound carriageway, a stretch back to beyond junction 12 for Penkridge, Staffordshire.

Northbound jams were back to junction 8 – the M5 link – near Sandwell, West Midlands.

Diversions were in place, reports Birmingham Live, but these were busy too. Southbound drivers left at junction 11 for Cannock and used the A34 south through Bloxwich and Walsall to rejoin the M6 at junction 10.

Northbound motorists left at junction 9, went through Walsall and took the A34 northbound through Bloxwich to Cannock. They then rejoined the motorway at junction 11.

Alternatively, southbound drivers could have used the M6 Toll from junction 11 yet – and northbound ones exited for the M6 Toll way back at junction 4.

A spokesman for the ambulance service said: “West Midlands Ambulance Service was called to a road traffic collision on the southbound carriageway of the M6, near to junction 10a, at 6.01am.

“He was treated for multiple serious injuries at the scene before being taken to Royal Stoke University Hospital for further treatment. The doctor travelled with the patient to help continue treatment en-route to hospital.

“Nobody else was injured in the incident.”