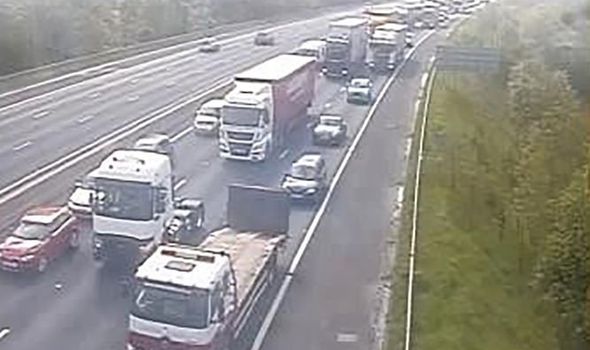 Traffic was temporarily held on the M62 westbound after the crash, which happened near junction 28 for Tingley, West Yorkshire. There are still delays of around 90 minutes with traffic backing up nine miles to past junction 29 for Lofthouse.

Traffic was held by police and Highways England as emergency services rushed to the crash, which involved several vehicles. There was also an oil spill on the dual-carriageway, reports Leeds Live.

A Highways England tweet reads: “Delays on the M62 westbound J29 Lofthouse to J28 Tingley due to the ongoing collision are now around 90 minutes above normal journey times. Approx 9 miles of congestion on approach to the lane closures.”

Photos taken on traffic cameras above the road show cars bumper to bumper on the carriageway. 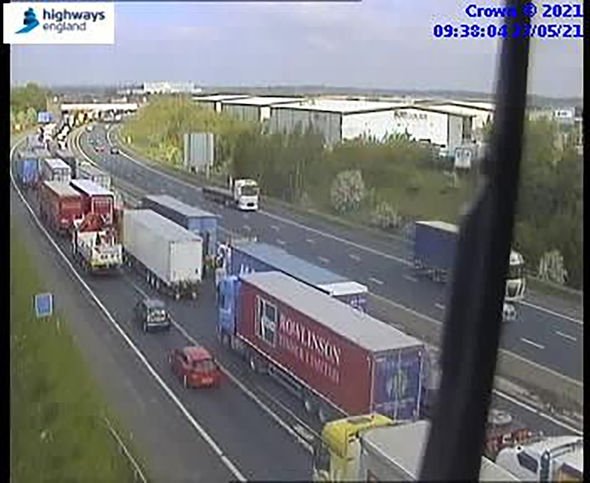 West Yorkshire Police are understood to be present at the crash, said on social media to be “horrific”.

Tweets, including from those who have passed the scene, suggest at least four cars were involved.

“Horrific crash on M62 this morning, four car pile up,” reads one message.