Traffic is at a standstill on the eastbound carriageway between junction 21 for Milnrow and Shaw and junction 22 for Saddleworth near Rochdale. Highways England said they were dealing with a road traffic collision.

The lorry was travelling eastbound along the M62 and overturned across the hard shoulder and lane one.

As well as this, a car collided with the central reservation and came stationary in lane four of the eastbound carriageway.

Highways England said the incidents had spaked large spillages of diesel to spread across the carriageway.

Traffic officers are currently on the scene with specialist recovery agents. 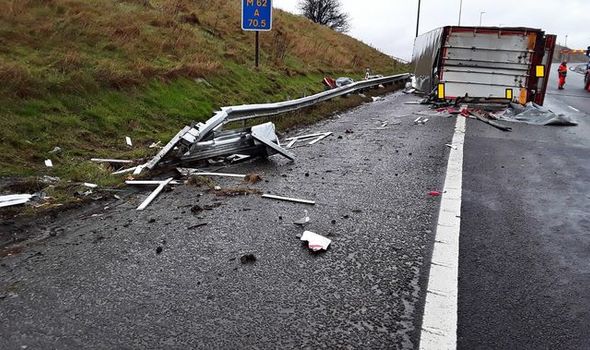 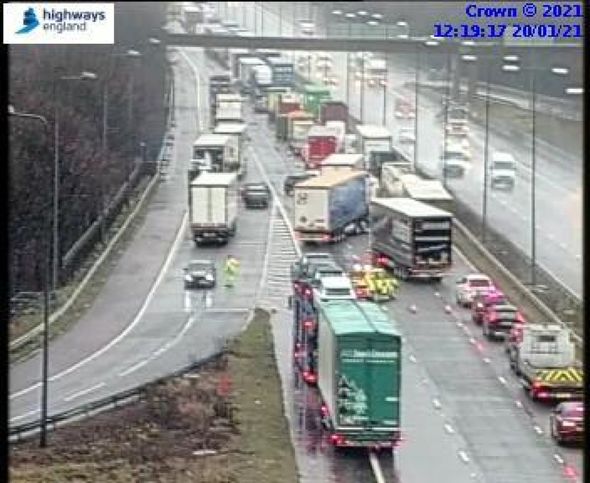 “All traffic currently stopped whilst some of the vehicles are moved to a safer location.”

The motorway closure is due to be closed throughout the day because of a complex recovery process.

Highways England continued on Twitter: “We’re in the process of organising extra resources to assist in turning around any vehicles stuck inside the closure.

“The carriageway will need to be treated prior to reopening.

“For traffic approaching the closure, you are advised to expect disruption with extra journey time.

“You may wish to re-route or delay your journey.

“If travelling towards this area from much farther afield, delay/closure information will remain visible on our on-road variable message signs until delays have cleared.”

Normal traffic flows are not expected until at least 5.15pm later today. 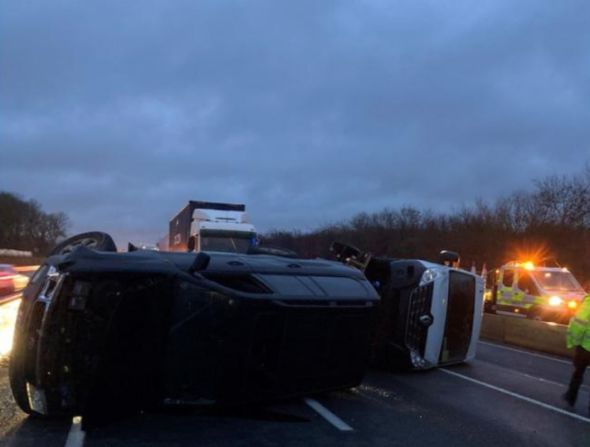 One hour delays of traffic are currently expected.

It comes after emergency services dealt with a crash on the M1 this morning between a lorry and a van.

The crash occurred shortly before 7am this morning near Milton Keynes on the M1 Southbound between J15 and the Newport Pagnell Service Area.

The attending firefighters made the scene safe.