Despite a warning from experts, the two North Atlantic states are planning to unilaterally increase the amount of mackerel they intend to catch. Scientists have warned that overfishing risks permanently depleting future North Atlantic stocks, which could put British fishermen out of a job. Even the European Commission has intervened with the threat of sanctions unless Greenland and Iceland reconsider their decision.

The clash has been dubbed “mackerel wars” by a senior British MEP, who is chairman of the European Parliament’s fisheries committee.

Liberal Democrat Chris Davies said: “Partnership is essential if shared fish stocks are to be managed sustainably.  Iceland’s actions are greedy and irresponsible.

“They are not those of a friendly nation, let alone of a country that is part of the European economic area.

“I welcome the fact that, despite all the talk of Brexit, the European Commission is acting strongly in defence of Scottish fishermen, and I will ensure that this issue is debated as soon as the European Parliament meets again.” 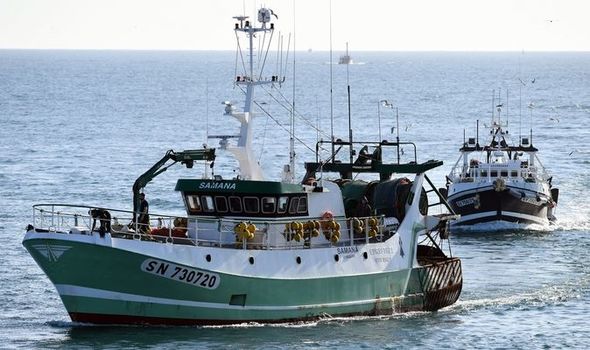 Commission bureaucrats have held talks with the Icelandic government in order to calm the situation.

One EU official told Iceland that its actions “demonstrate a lack of interest in contributing to the sustainable management of the stock”.

Mackerel for years has been caught sustainably by fishing fleets from the EU, Norway, Iceland and Greenland.

But last year ICES scientists advised that dwindling stocks were being over fished and a 20 percent reduction in catches was agreed.

Ignoring the warnings, Iceland has declared that it will increase its share of the mackerel catch from 107,817 to 140,240 tonnes.

Greenland has done similar, increasing its share to 70,411 tonnes, an increase of 18 percent.

According to a Government paper, Mackerel was the most valuable quota species landed from the EU’s exclusive economic zone.

Approximately 72 percent of mackerel landings by UK and OMS vessels in the north east Atlantic were landed from UK waters.

MUST READ
Royal news: Queen could be dragged into ‘Grotesque mess’ of Brexit [FORECAST]
David Lammy in heated Brexit debate with radio caller – ‘Hang on!’ [VIDEO]
Merkel told not to negotiate with Johnson as no-deal Brexit looms [INSIGHT]

Meanwhile officials at the Department for Environment, Food and Rural Affairs have conceded there is a “lot of uncertainty” `bout whether the country will be able to police its seas against illegal fishing after Brexit.

Britain only has “12 vessels that need to monitor a space three times the size of the surface area of the UK”, a leaked email revealed.

The note adds: “While our public position on this wider issue is already clear and widely communicated, in that post-Brexit we will be an independent coastal state with control of our waters, both policy and MOD officials have indicated we are not on an overly strong footing to get ahead of the potential claims that could arise from this story.”

This prompted experts to warn that non-UK fishing boats could make illegal excursions into British waters after Brexit.

A former nay chief also warned that the lack of resources meant the UK could face an increased risk of seaborne terrorism, people smuggling, illegal immigration and conflict.

Former First Sea Admiral Lord West told Sky News: “We do not have enough ships to a protect our fishing zones should we suddenly have a disagreement with the EU about who is fishing where after we leave – we just don’t have enough ships.

“When you include the job of stopping illegal immigrants, where the navy needs to help because there aren’t enough cutters, and smuggling, terrorists and so on, we have not got enough vessels in all the agencies to ensure the safety and security of our territorial seas and the protection of our fishing zones.”