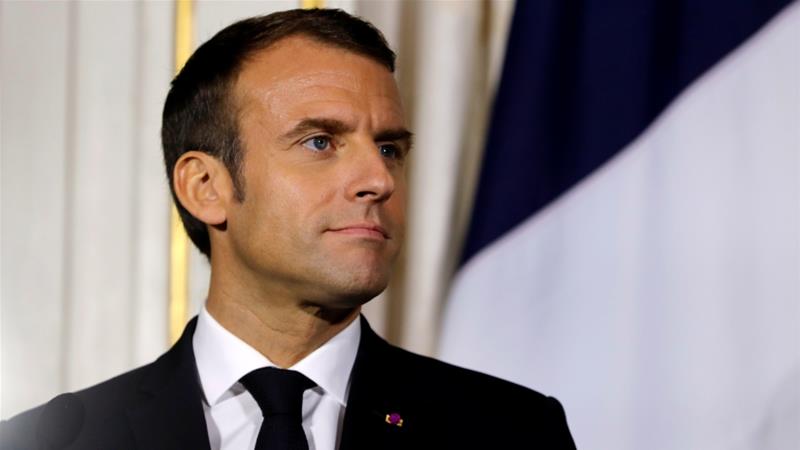 While acknowledging on Monday he may have “hurt” people with some of his statements, Macron refused to reinstate a wealth tax and to back down on his reform agenda, which he said would proceed in 2019 with overhauls of pensions, unemployment benefits and public expenditures.

“We will respond to the economic and social urgency with strong measures, by cutting taxes more rapidly, by keeping our spending under control, but not with U-turns,” he said in a televised address.

“The salary of a worker on basic income will increase by 100 euros per month starting in 2019,” said Macron. “We want a France where we can live with dignity.”

The 40-year-old leader said his government will also ask private employers to pay their workers year-end bonuses if they’re able to.

Demonstrators held a fourth round of protests on Saturday to press for further concessions on reducing inequality.

The month-long campaign of nationwide road blockades and weekend protests in Paris, three of which degenerated into destruction and looting, have taken a toll on the French economy with an estimated $1.5bn in losses.

Political opponents, who have largely failed so far to tap into the discontent from the leaderless “yellow vest”, criticised Macron’s response on Monday as insufficient.

“Emmanuel Macron thought he could hand out some cash to calm the citizen’s insurrection that has erupted,” Jean-Luc Melenchon, leader of the far-left La France Insoumise, said.

“I believe that Act V [of the protests] will play out on Saturday,” he said referring to a new round of protests planned this weekend.

One of the faces of the “yellow vest” movement appeared unconvinced as well.

“In terms of substance, these are half measures. We can feel that Macron has got a lot more to give,” Benjamin Cauchy, who met the French leader last week, told France 2 television.

In an attempt to quell the revolt, the government agreed last week to cancel a planned increase in anti-pollution fuel taxes – the spark behind the protests in car-dependent rural and suburban France.

But the move was seen as too little, too late.