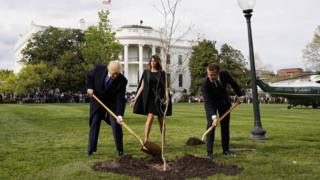 French President Emmanuel Macron says he will send US leader Donald Trump a new “friendship tree” after the original died.

The two men planted the oak sapling in the White House grounds last year. It was designed to celebrate the special relationship between the US and France.

It died in quarantine after being dug up.

Responding to social media posts, Mr Macron said people should not read symbols into everything.

He told Swiss public broadcaster RTS: “We will send him another, it is not a tragedy. It turns out that this oak was put in quarantine for American sanitary reasons and the poor thing did not survive.

“I’ll send another oak because I think the US Marines and the friendship for freedom between our peoples is well worth it.”

The tree was brought over from Belleau Wood in France, where about 2,000 American servicemen died during World War One.

During the planting ceremony, Mr Macron described the tree as a reminder of the “ties that bind us”.

100 years ago, American soldiers fought in France, in Belleau to defend our freedom. This oak tree (my gift to @realDonaldTrump) will be a reminder at the White House of these ties that bind us. pic.twitter.com/AUdVncaKRN

It was put into quarantine to prevent the possibility of parasites spreading to other trees in the White House grounds.

At the time, Gerard Araud, French ambassador to the US, said the tree would be replanted following its time in quarantine. 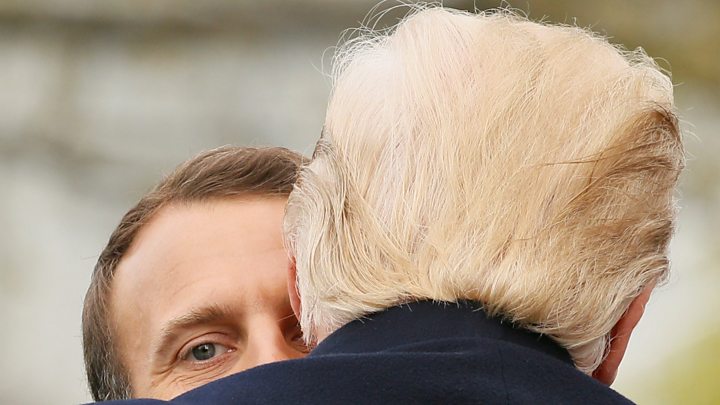 The news of the tree’s death was described as “political satire” on Twitter, while others said it was symbolic of the pair’s relationship.

The two leaders have recently disagreed on approaches to trade and a nuclear deal with Iran.

President Donald Trump is "supportive" of another stimulus check, according to the White House chief of staff. Mark Meadows spoke with reporters on Monday suggesting…

TOKYO (Reuters) – Nissan Motor Co (7201.T) has raised $7.8 billion in financing from its creditors since April as it tries to shore up its…