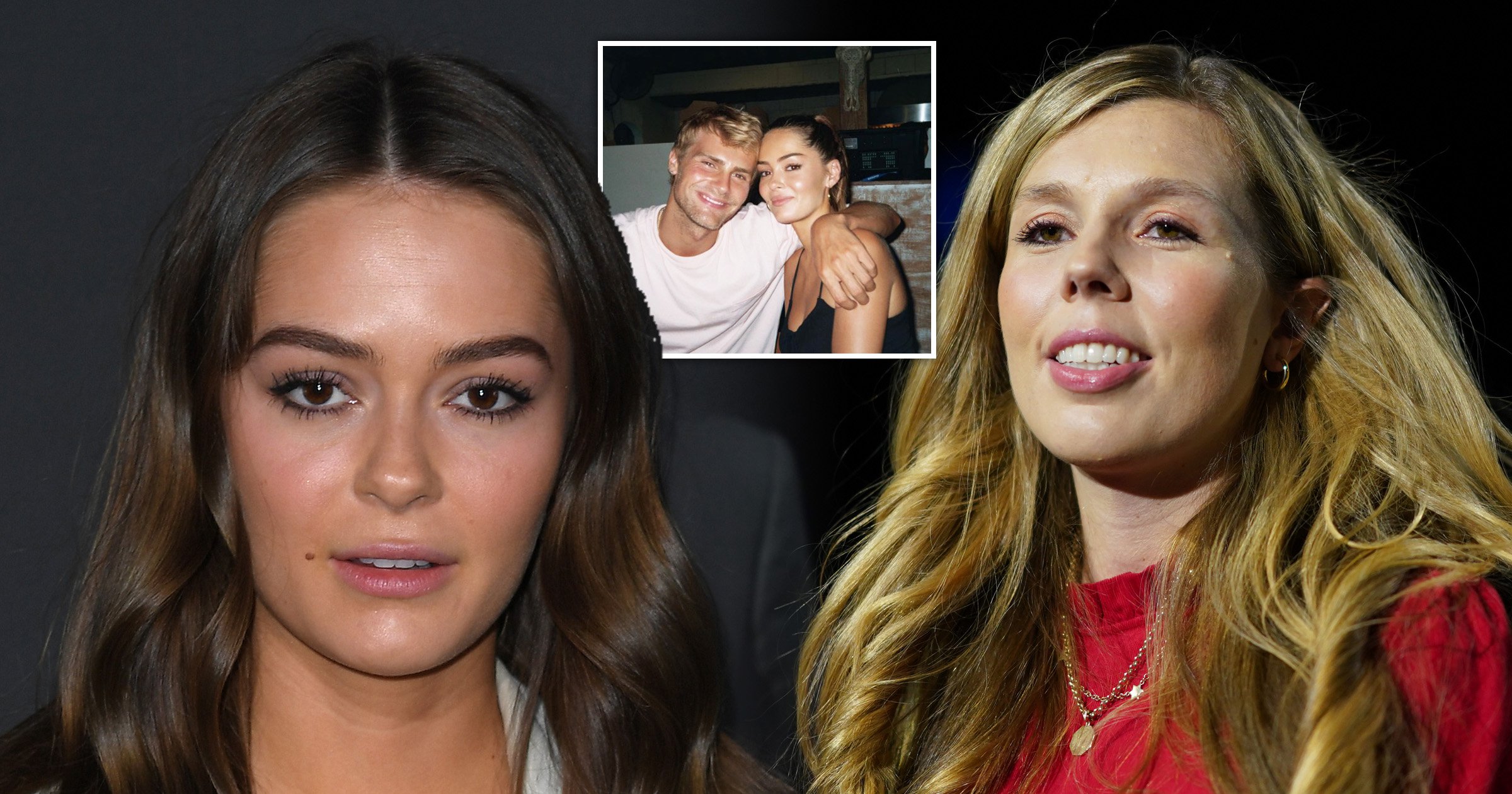 Speaking on Tattam’s podcast Wednesdays We Drink Wine, co-host Sophie Habboo said: ‘Apparently Boris Johnson has so many kids he doesn’t even know, that’s why he never says the number.’

Tattam replied: ‘Oh, mic drop. I don’t know if I can say this but I’m going to say it. Boris Johnson’s wife has previously DM’d Toby Watkins and she follows him.’

Habboo, who also stars on the Channel 4 reality programme, asked what Carrie said when she messaged Watkins, a model signed to IMG Models Worldwide.

‘We don’t know because she’s unsent it,’ Tattam claimed.

Carrie, a former communications chief for the Conservative Party, has been married to Boris, 58, since the summer of 2021.

She was famously the first unwed partner of a sitting prime minister to move into Downing Street two years prior.

She went public with Watkins, who describes himself as a ‘videographer’ on his Instagram page, in March last year after breaking up with Harry Baron in 2021.

Tattam and Watkins briefly parted ways a few months after going official before rekindling their romance by the end of the year.

As Habboo alluded, the exact number of children Boris has fathered has long been a mystery in British politics and the subject of speculation by the press.

For years, the former Tory party leader shrugged when asked how many children he has.

He is believed to have at least seven children. He had his youngest child Romy and two-year-old Wilfred with Carrie.

Four other children are with his ex-wife, Marina Wheeler – they divorced in 2018 after 25 years of marriage. Their children’s names are Lara Lettice Johnson, Cassia Peaches Johnson, Theodore Apollo Johnson, and Milo Arthur Johnson.

It is also a matter of public record that he fathered another child, Stephanie, in 2009 during an affair with art adviser and journalist Helen Macintyre.

This came to light following a 2013 ruling by the Appeal Court that said the public had a right to know he had a child during an adulterous liaison while Mayor of London.

Amid persistent questions about having at least one child from an extramarital affair, he told NBC’s Today show in 2021 that he had six children at the time.

‘I change a lot of nappies,’ he told presenter Savannah Guthrie.