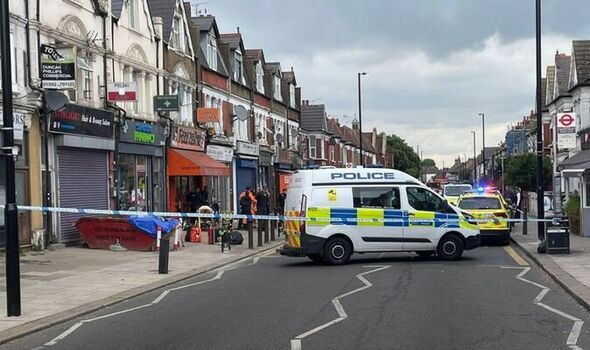 The Metropolitan Police confirmed they were called by the London Ambulance Service at 12:48pm on Monday, May 30, to reports of a stabbing in the area of Westbury Road, Wood Green, N22.

A man suffering from stab and slash injuries was found at the scene.

It is not yet clear if he was taken to hospital, but emergency services remain at the scene.

A resident in the area said on social media that the victim had been found collapsed in the street.

An air ambulance reportedly attended the incident and landed in a nearby park, according to an eye witness.

Ben Obese-Jecty, who lives a few hundred metres from the scene on Westbury Road, told MyLondon: “The first I knew of this was seeing the Air Ambulance circling overhead whilst walking my dog, it was clearly looking for a place to land, which it did so in a nearby park (Russell Park) where it dropped off a trauma team.

“I walked down to Westbury Avenue which was closed with traffic on diversion and could see the scene…The Officer on the cordon confirmed that there had been a stabbing although this had occurred elsewhere and the victim had made it to the parade of shops before collapsing.”

A spokesperson for the Met Police said: “Police were called by the London Ambulance Service at 12:48hrs on Monday, 30 May to reports of a man stabbed in the area of Westbury Road, N22.

“Officers attended. A man was found suffering from stab and slash injuries.

“There have been no arrests.”