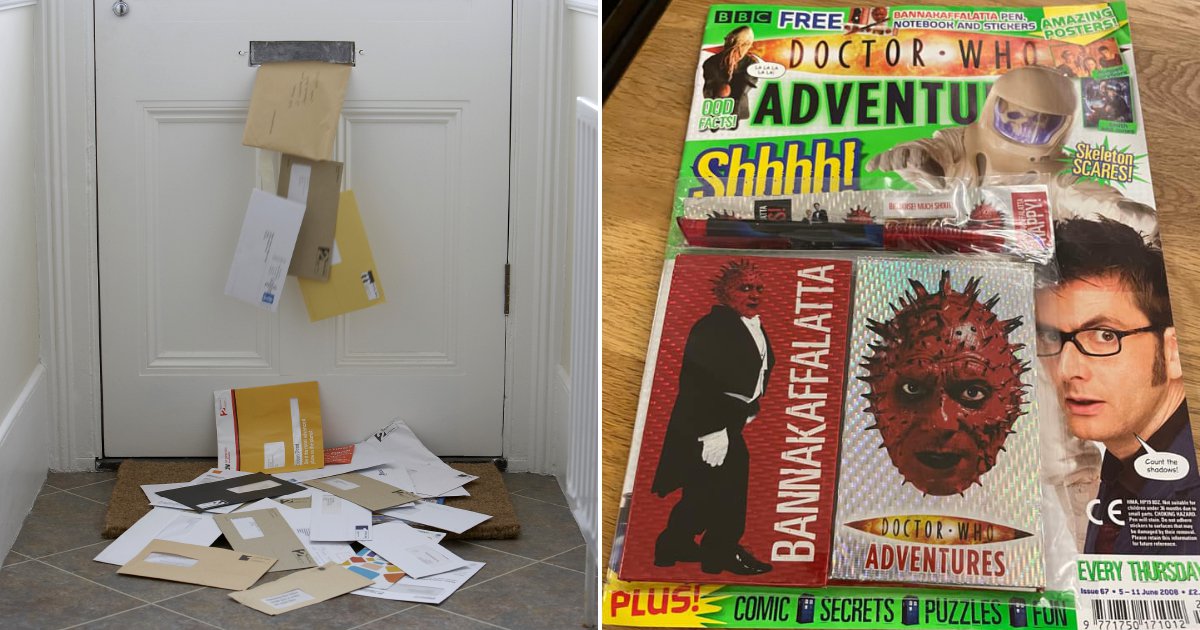 The country has more-or-less been understanding of post taking a little more time to reach its destination throughout the pandemic.

But 13 years is a bit longer than people can be expected to be patient for.

Families in Wantage and Grove, in Oxfordshire, have received post sent as far back as 2008 after Royal Mail found bags filled with old cards, bills, cheques and gifts in a previous employee’s home after they died.

It was a pleasant surprise for some as they got magazines from years ago, DVDs, PC and Nintendo Wii games and cards with cash inside.

A mum was pleased to find a BBC Doctor Who magazine, played by David Tennant at the time, from 2000 that was meant for her son.

Another woman reportedly opened a handmade wedding anniversary card from her mum who had died a few years ago.

Local residents’ social media groups set up threads for people who have moved houses in the last 13 years to get in touch and exchange post.

But not everyone had heartwarming stories to tell.

Some had out-of-date cheques, one for £150, which they could no longer cash and called on Royal Mail for compensation.

One local, Jo Dickie, said she is ‘raging’ at the post office after her mail from 2008 was found opened, making her worry about her and her family’s ‘information being taken’.

It is not yet clear who the ex-employee was or how the situation came to light after all these years.

Royal Mail included an apology letter in all their late post, from the operations manager for Thames Valley and Oxford Paul Leishman.

It read: ‘I would like to offer my sincere apologies for any inconvenience or distress you may experience as a result of receiving this mail after such a long time.’

The Royal Mail apologised in a statement saying: ‘The vast majority of our postmen and postwomen are dedicated to delivering the UK’s mail safely and efficiently.

‘They have played a crucial role in keeping the UK connected during the pandemic.

‘In this isolated incident, a number of mail items were found at the home of a former employee following their death.

‘We are looking into what may have happened in this case.’