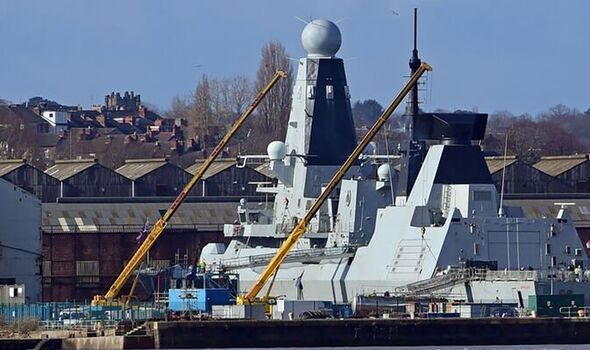 HMS Dauntless spent 770 days in Birkenhead, Merseyside, while it underwent repair works, but on Tuesday (June 14) it bid farewell to Cammell Laird shipyard. The ship has not been at sea since 2016, following a deployment to the Gulf, reports The Liverpool Echo.

The vessel, which is one of the Royal Navy’s six Type 45 Destroyers, is among the most advanced warships ever constructed.

But the ship has had to undergo major engineering works after serious faults were identified with the electric propulsion system.

The official HMS Dauntless Twitter account posted: “Farewell Merseyside! We will miss the wonderful views of Liverpool, but now it is time to test our improved engines as we head back to sea where we belong.

HMS Dauntless arrived at Cammell Laird from Portsmouth in May 2020 to receive a Power Improvement Package (PIP) as part of a £160m programme to fix the unreliable engines propelling Britain’s £6bn fleet of destroyers.

It was expected the work would take around six months to complete, however, Dauntless had been docked on Merseyside four times longer than anticipated.

The vessel, which weighs in at a whopping 8,500 tonnes, is equipped with the fearsome Sea Viper anti-air missile system, and has the ability to carry out a huge range of war-fighting and constabulary duties.

Dauntless was sent on its way with a flypast by Typhoon fighter jets and is expected to remain at sea for several weeks as a series of tests are carried out.

If everything goes to plan, the vessel could return to the fleet later this year.

The vessel, which was launched at Govan, Glasgow in January 2007, was handed over to the Royal Navy on December 3, 2009 before being formally commissioned June 3, 2010.