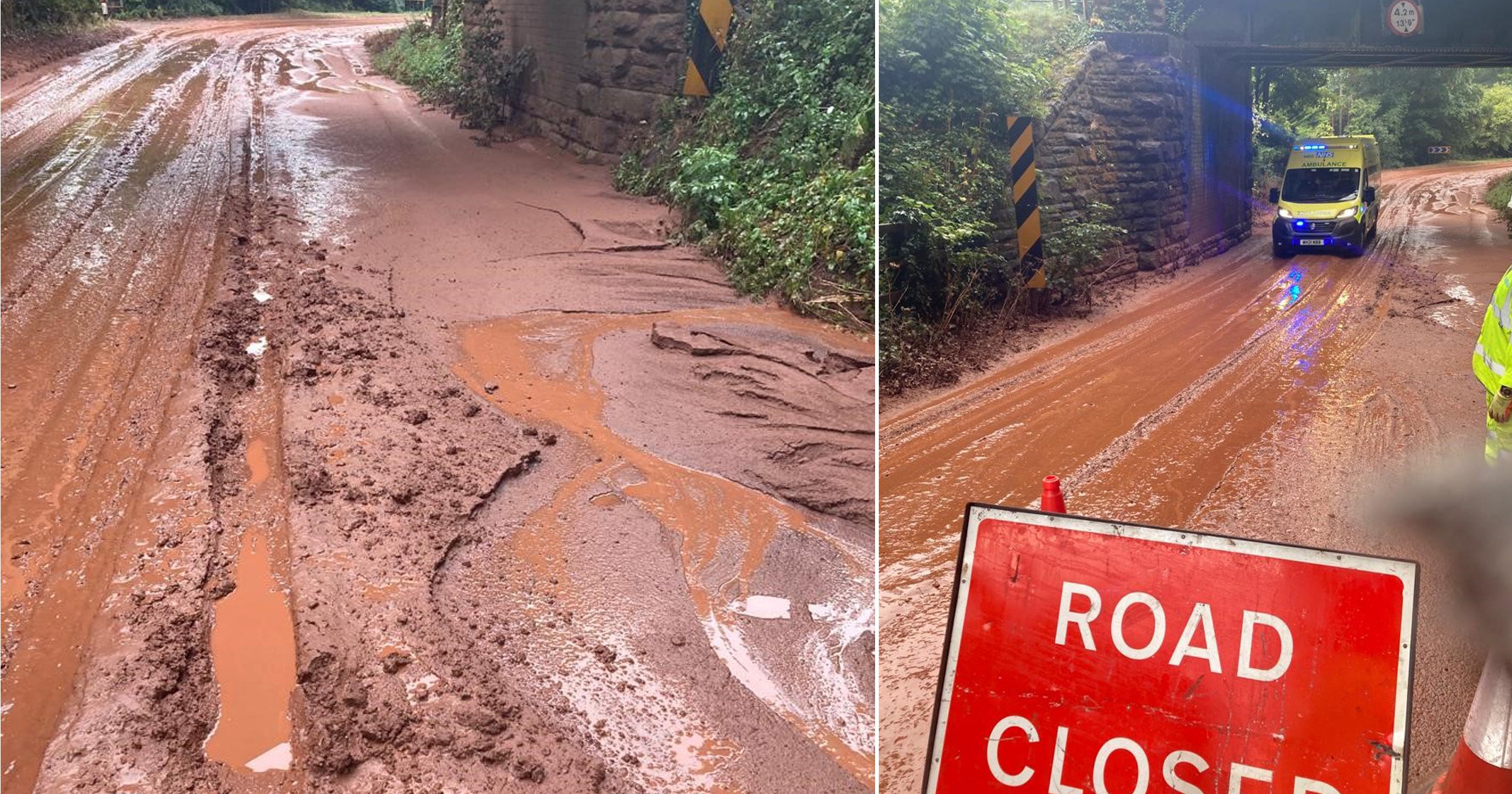 Drivers have been blocked from using a major UK road due to safety fears over a mudslide.

Torrential downpours sparked the dire situation on the A358, following a heatwave at the weekend.

The route was closed at Combe Florey, near Bishop’s Lydeard, on Monday evening.

Twelve hours later, it remains shut as crews work to clear the scene.

There are hopes it could be reopened in the next few hours.

A spokesman for Somerset County Council said: ‘Crews were on site after a mudslide on the A358 near Combe Florey last night.

‘Following an inspection a decision was taken to close the road overnight as it was not safe to attempt a clear-up operation until daylight hours.

‘Our team is on-site now and we hope to reopen the road by the early afternoon.’

This is a breaking story – more follows.