More than 100 firefighters are tackling a huge blaze that broke out at a number of derelict factories in Wolverhampton.

Last night West Midlands Fire Service said that it had been called to a large fire in ‘numerous’ factories in Horsley Fields.

The fire service said that it had more than 100 firefighters at the scene, as well as at least 18 engines, 20 appliances and two hydraulic platforms dealing with the flames.

Police crews were also in attendance. 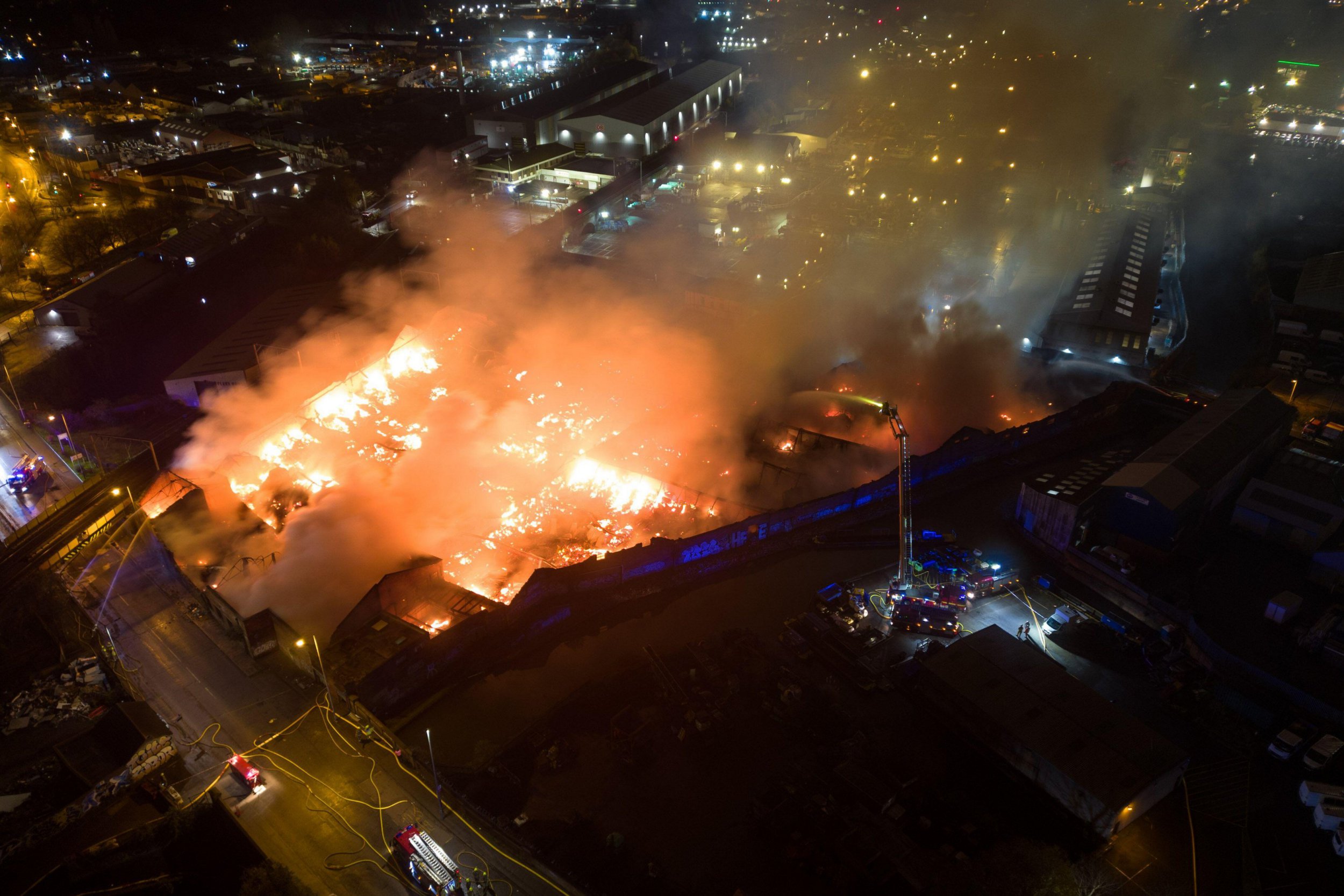 The fire service said in a statement: ‘Just after 9pm on 5th December 2022, we were called to a large fire at a derelict factory at Lower Horseley Fields, Wolverhampton.

‘Four fire engines initially responded. Our response was quickly increased due to the scale of the fire, and we now have more than 20 of our appliances in attendance. Two hydraulic platforms are also being utilised as our crews continue to tackle the blaze.

‘Just after 10pm, we declared this a major incident, due to the size of the incident and its proximity to the nearby railway line and houses.

‘If you live in the local area, please keep windows and doors closed.

‘We are working with other agencies, such as Police, Ambulance and Network Rail, as we continue to deal with this incident.’