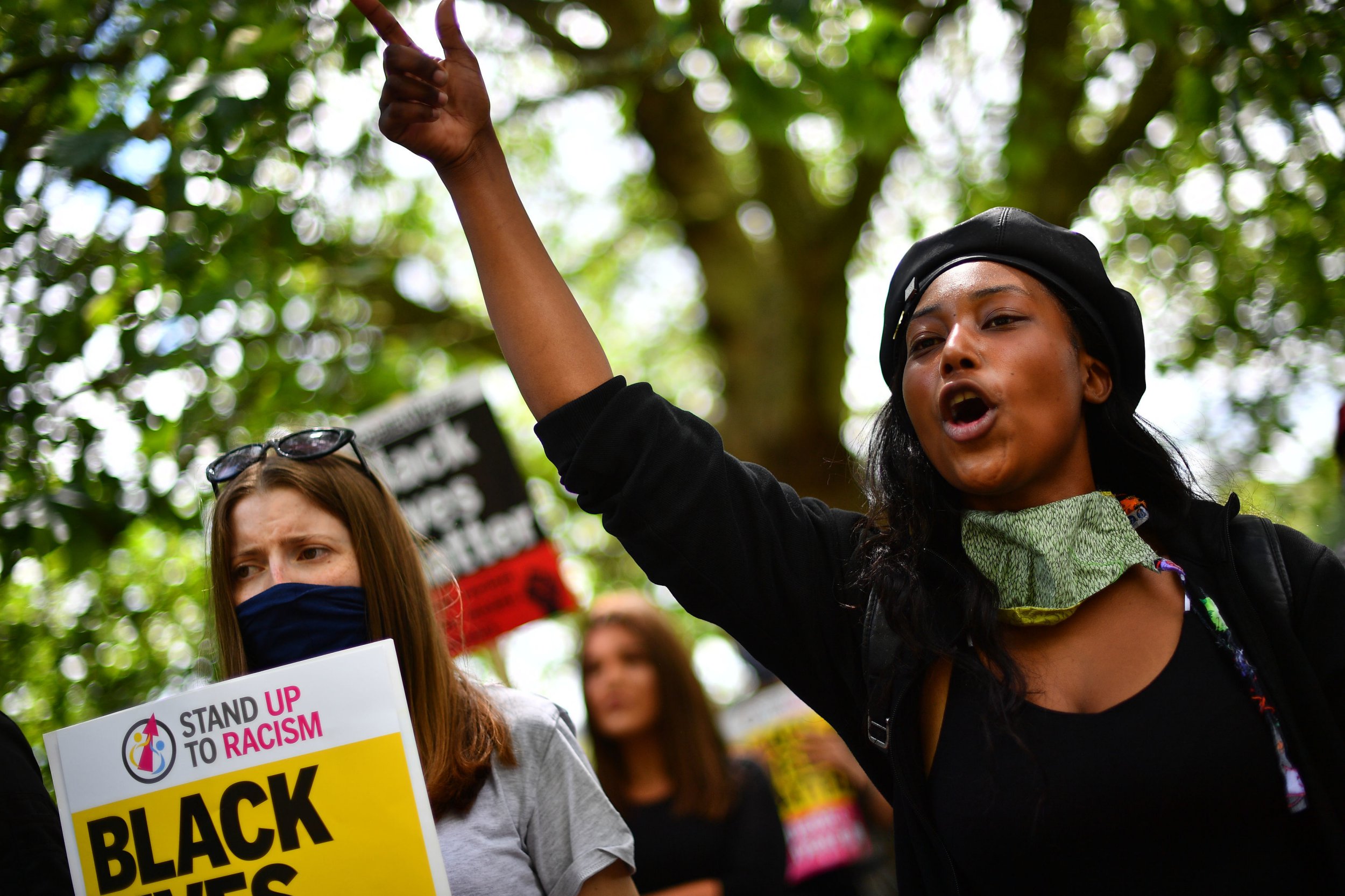 An 18-year-old man was in court for the first time this morning over the shooting of black equal rights campaigner Sasha Johnson.

The 27-year-old activist was shot in the head at a 30th birthday party in Peckham, south London, on Sunday May 23 and remains in hospital in a critical condition.

Five males were arrested in connection with the incident on Wednesday. Four of them were released on bail yesterday until a date in late June.

Cameron Deriggs, from Lewisham, south London, was charged with conspiracy to murder and appeared at Westminster Magistrates’ Court this morning.

Wearing a grey zip-up hoody and blue jeans, the defendant did not give an indication of plea.

Prosecutor Carol Udenze told the court that police do not believe Ms Johnson was the intended victim.

District Judge Michael Snow remanded Deriggs in custody. He will next appear at the Old Bailey on June 25 to confirm his plea.

Several members of Deriggs’s family, including his parents, were present in the public gallery.

Ms Johnson had been among 30 guests at a silent disco in the back garden of a home in Consort Road when four men in dark clothing burst in through a side gate and shots were fired, investigators said.

Detective Chief Inspector Richard Leonard, of the Metropolitan Police, said Ms Johnson was shot in the ‘ensuing melee’ before the suspects fled.

Ms Johnson, a mother-of-two, is a prominent member of the Black Lives Matter movement and a founding member of the Taking the Initiative party which launched last year.

She graduated with a first in social care from Oxford Brookes University, and was well known for her activism in her community.

On Monday, a vigil was held by supporters in Ruskin Park in Denmark Hill – close to the hospital where she is being treated – to pray for her to pull through.