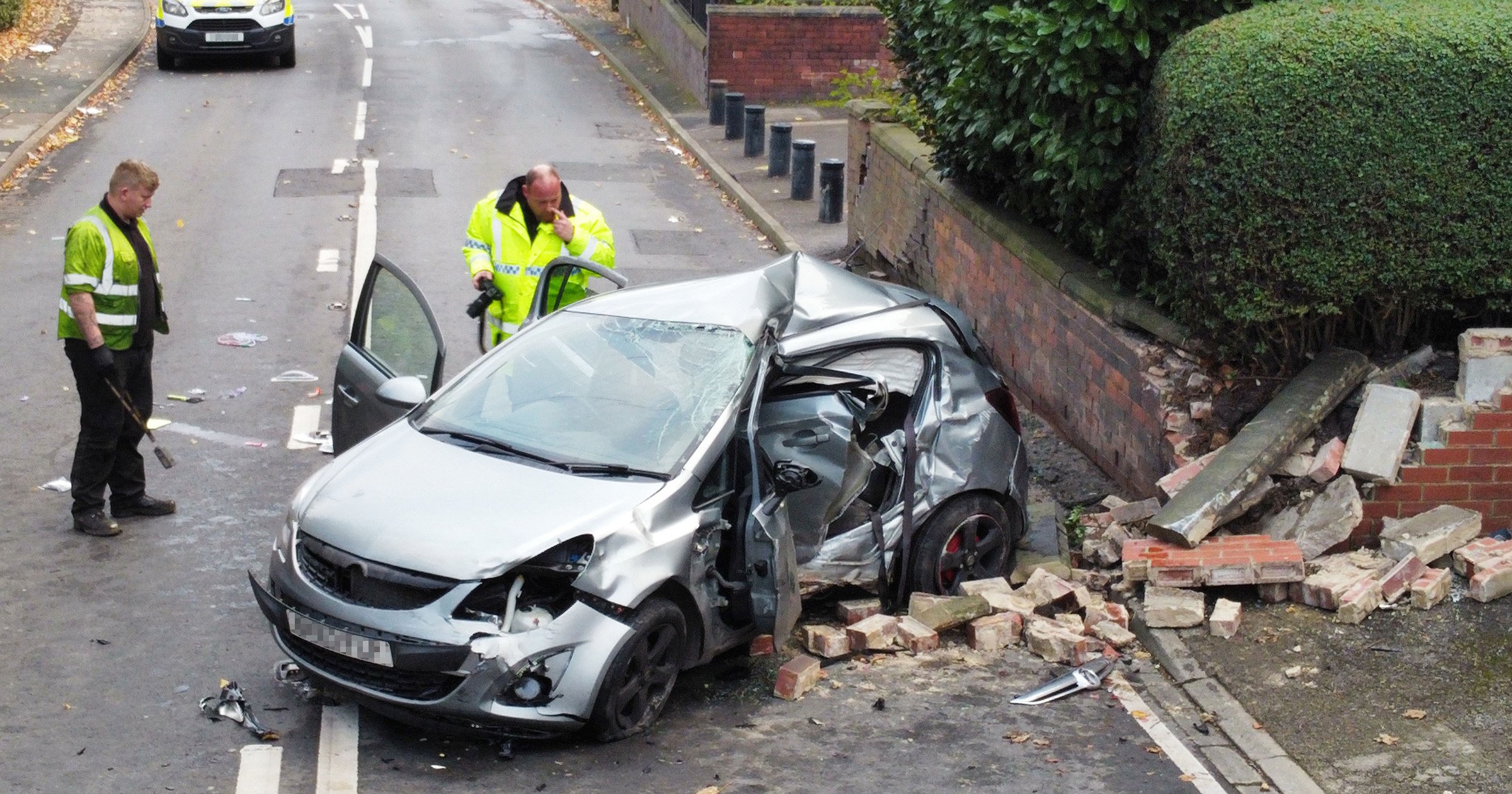 A man was killed in a road accident while sitting in a car with a driver who was allegedly drunk or on drugs.

The driver, a 19-year-old teenage girl, was arrested after her silver Vauxhall Corsa collided with a parked car and a wall in the early hours of Saturday morning, at around 1.19am.

She had been driving her and a friend away from Horbury, near Wakefield, in West Yorkshire, when she lost control of her car as they turned a bend near Northfield Lane.

The 20-year-old man sitting in the passenger seat was rushed to hospital with serious injuries where he later died.

The driver was charged with causing death by dangerous driving and drink/drug driving offences. She is still in custody.

The road has been closed while officers investigate and workers start recovery works.

The Police have asked anyone who saw the deadly crash to come forwards, especially if they have dashcam or CCTV footage.

Investigators want to know how the Corsa was being driven before the collision.

Detective Sergeant Paul Lightowle said: ‘This has been a very serious incident in which a young man has sadly lost his life.

‘Specially trained officers will be speaking with his family and we are appealing for witnesses to the collision.’