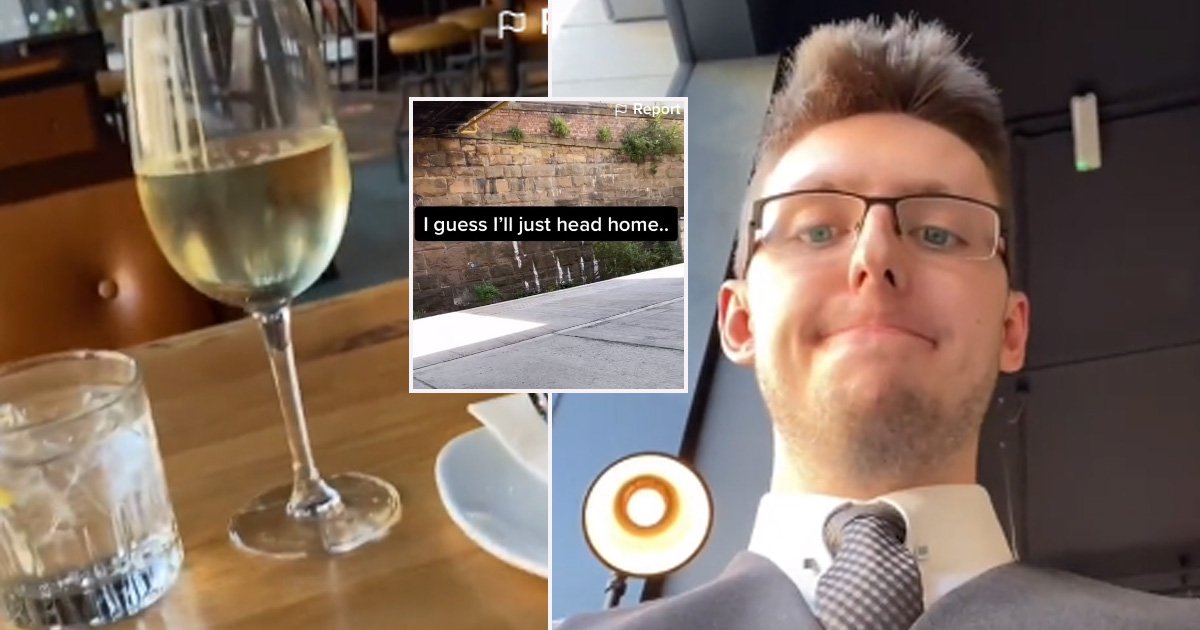 The internet has rallied behind a man who travelled for three hours to his first date in two years but ended up eating alone after being stood-up.

Craig Moffat, 21, set off for Aberdeen from his home in Edinburgh full of anticipation but had his heart broken earlier this week.

He made the 90 mile journey between the two Scottish cities by train, treating himself to a first class ticket.

In a TikTok video chronicling the experience, Craig said he had been single for two years but was ‘finally’ going on a date.

‘I can’t wait, I’m so excited,’ he added, posting video of the countryside rolling by from the train window.

Dressed in a waistcoat and tie, he then posted a clip of himself arriving at a posh-looking restaurant 20 minutes early while waiting nervously for his date.

He then showed himself looking disappointed with the caption ‘It’s been 35 minutes and she still hasn’t shown up.’

The video continues with clips of Craig’s solo meal and dessert followed by a round of shots just for him.

It then cuts back to the station platform with the caption ‘I guess I’ll just head home…I was really looking forward for tonight.’

He posted the TikTok with the caption: ‘Maybe it’s not time to get back out there just yet…’ and the hashtags ‘heartbroken’ and ‘all women are the same.’

But fellow TikTok users have refused to let him get despondent by posting heartfelt messages to try to cheer him up.

One person said: ‘She doesn’t deserve you mate, you’ll find the one.’

Another commented: ‘Dude – I know you were excited but you’ve dodged someone that would make you really unhappy in the end. You deserve better.’