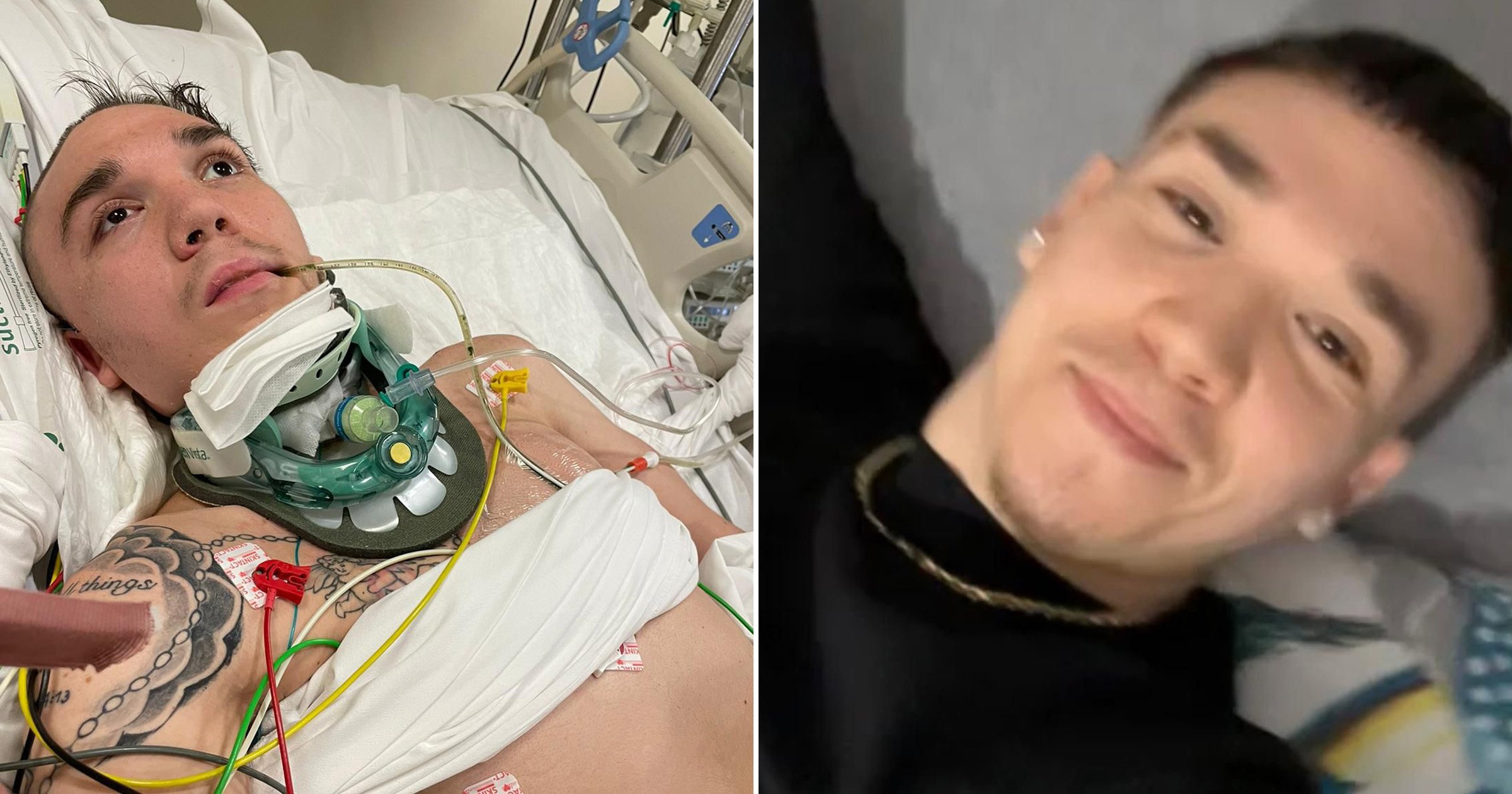 Andre Franco, 22, was on holiday in Ayia Napa with friends when they decided to go out on a rented buggy after drinking heavily.

The driver took a bend too quickly and Andre and another friend were thrown off the back seat.

Andre’s godmother, Susana Costa, said: ‘The fine details are still a bit hazy because the boys he was with, they panicked.

‘They were inebriated, as you can imagine at that time in the morning in a place like that… they panicked, because they saw blood, and I think they just freaked out.’

Andre’s friend only received some scratches – but Andre, of Camden in north London, cracked his head open and had major swelling to his brain.

He was taken to Nicosia General Hospital after the group called the emergency services immediately.

A friend called his mum, Isabel, to tell her about the crash.

‘I don’t know the feeling,’ she said. ‘I think I had no feelings at all because I’m scared to have feelings. I didn’t panic, I was like stuck.

‘I just remember Susana was next to me, and I said: “Andre’s had an accident,” and then I passed the phone to her because I couldn’t talk.’

The pair flew straight to Cyprus with Andre’s dad, Carlos, arriving shortly after.

Susana said: ‘What we were told, you start to let your imagination run wild a little bit. So we pictured the worse case scenario, obviously, when we got there. We were expecting something horrible.’

The former Gospel Oak FC player has undergone several major operations and had had part of his skull removed to allow space for his brain swelling.

He has been unable to walk or talk since the accident and may not make a full recovery.

Susana said: ‘At the moment the doctors are not telling us much because they don’t really know. At this point it’s touch and go.’

But they hope Andre is starting to improve after receiving a call saying he is becoming more active.

Susana said: ‘Even though he’s still intubated and on and off he’s animated, moving his legs, arms, his body. But it’s still early days to know for sure.

‘We’ve seen some expressions in his face which could be classed as a smile I suppose. I don’t know if it’s just wishful thinking or what it is, but he does answer us, yes or no.’

Isabel has set up a GoFundMe page to help raise money to get Andre home.

Specialist medical aviation to get back home could cost between £15,000 and £32,000, depending on whether he recovers enough to be able to sit up for take-off and landing.

Isabel has set up a GoFundMe page to help raise the money to get Andre home.