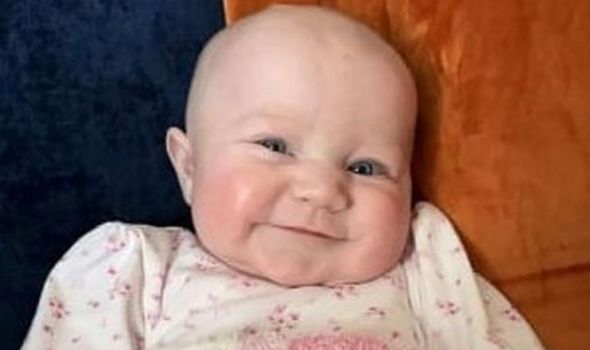 Police dashed to an address in Intake, Sheffield, on Saturday December 18, 2021, after receiving a phone call from a member of the ambulance service, who had attended the property and found tiny Avery gravely unwell. The tot was rushed to hospital, but medics were unable to save her.

South Yorkshire Constabulary said today a 24-year-old man was arrested in connection with her death and has since been released on bail, while enquiries into the tragedy continue.

A spokesperson for the force said: “Police were called at 9.54 am on Saturday, December 18 (2021) to a house in the Intake area of Sheffield following reports from the ambulance service that a baby was in cardiac arrest.

“The girl was taken to hospital where she sadly died.

“Enquiries into the incident remain ongoing and a 24-year-old man has been arrested in connection with the incident and has been released on bail.”

Her mum said: “She was very giggly, very smiley and she’s got bright big blue eyes.

“From the day she was born I always called her beautiful, so every time she was sat on the settee or in her bouncer I’d tell her how beautiful she was and she’d always smile and make her cooing noises.”