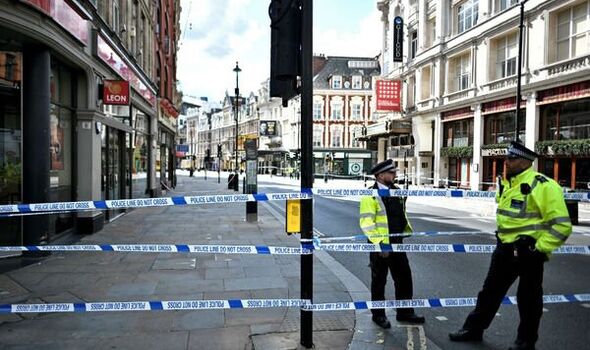 A man has been charged after two police officers were stabbed in Leicester Square on Friday, September 16.

Mohammed Rahman, 24, from Westbourne Park Road, was charged with attempted murder, grievous bodily harm with intent and possession of a bladed article, the Metropolitan Police has said.

The male officer is expected to make a full recovery.

The Metropolitan Police put out a statement which said: “A man has been charged by detectives investigating the stabbing of two police officers in Westminster on the morning of Friday, September 16.

“Mohammed Rahman, 24, of Westbourne Park Road, W2, was charged on Saturday, September 17, with attempted murder and Section 18 GBH with intent.

“He was also charged with assault (ABH) and two counts of threatening a person in a public place with a bladed article. These charges relate to three other police constables.

“In addition, he was charged with robbery and possession of a bladed article.

“Rahman will appear in custody at Wimbledon Magistrates’ Court on Monday, September 19.”