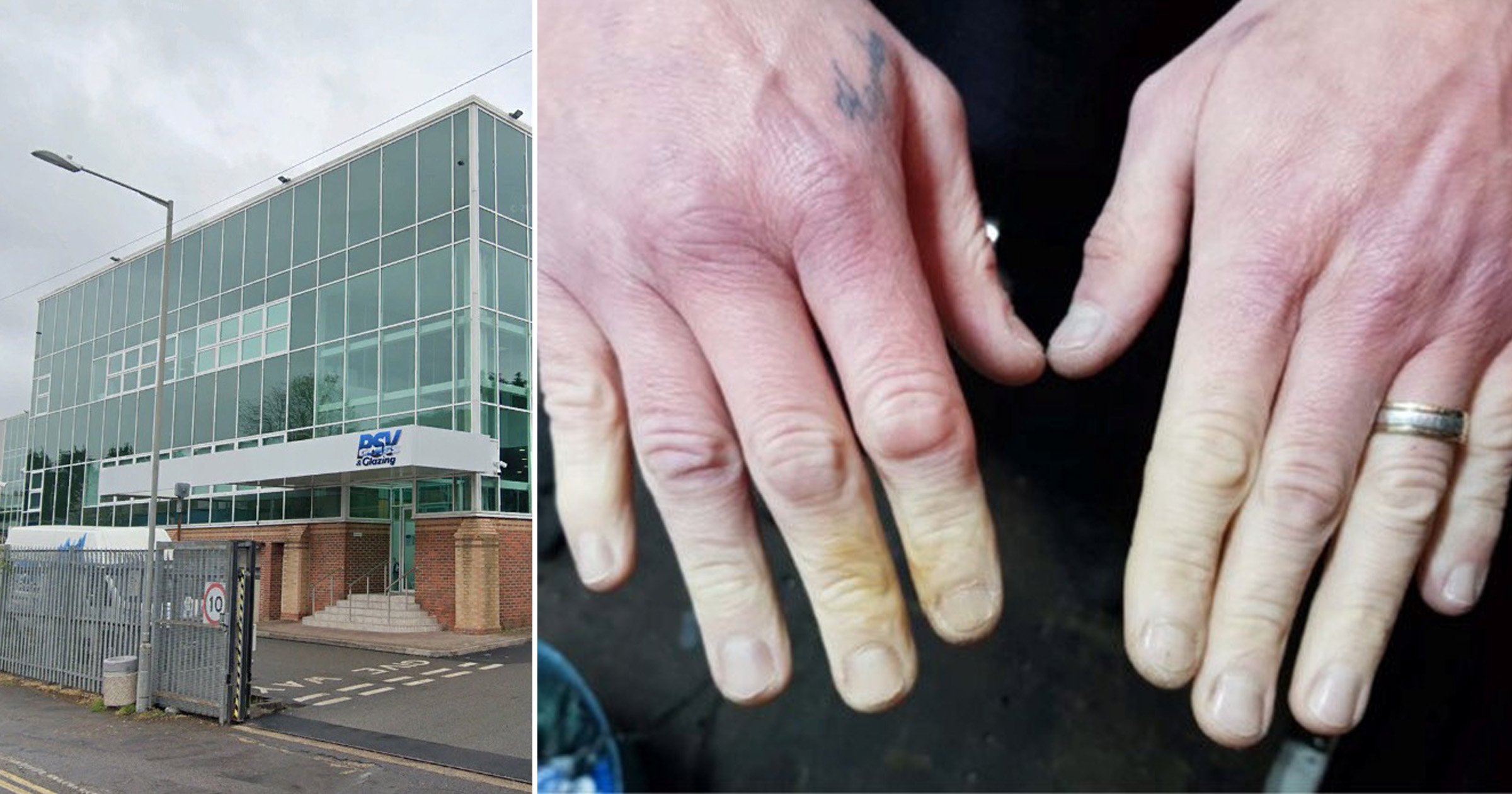 A man has received a £100,000 payout after a glazing firm he worked for was fined for breaching health and safety laws.

The life-changing condition has left the dad-of-two suffering from ‘vibration white finger’ which leaves him struggling to do everyday tasks.

Jamie, from Rotherham in South Yorkshire, used cutting tools while working for PSV Glass and Glazing.

He is one of more than 20 people diagnosed with the condition to take legal action against the firm.

A court ruled the company failed to ensure the safety of staff who used a Fein cutter – a handheld tool that vibrates – and hit them with a £200,000 fine.

Jamie said: ‘When carrying out the cutting work, the Fein cutter had to be held in both hands and there was always a pressure and expectation to use it due to time restrictions.

‘It’s no surprise to me that a number of other fitters I worked with have also been diagnosed with HAVS.’

Jamie started working for PSV as an installation technician in April 2013.

The firm is based in High Wycombe, Buckinghamshire but has depots in the East Midlands and Manchester, where Jamie was based.

While working for PSV, Jamie used a Fein cutter ‘on almost every job’ for ‘at least an hour to an hour and a half at a time’.

He began suffering from whitening of his fingertips in late 2015.

Around two years after starting at the business, Jamie complained of pain while gripping the cutter, as well as persistent tingling.

In mid-2018, he completed a health surveillance questionnaire and was sent for an occupational health medical in February 2019.

As a result, he was told to stop working with the tool.

Reading Magistrates’ Court heard the firm failed to adequately control the risk to its employees from using vibrating tools.

A Health and Safety Executive (HSE) investigation found that the company failed to adequately assess the risk to employees from exposure to vibration.

It did not monitor the use of the Fein cutters and had not implemented measures to control exposure, it was found.

There was also no tool maintenance programme to make sure tools were working effectively to ensure vibration levels were kept to a minimum.

Jamie said: ‘Before developing HAVS, I used to enjoy carp fishing but I’ve had to give that up now due to my hands.

What is Hand Arm Vibration Syndrome?

According to Patient.info, Hand Arm Vibration Syndrome (HAVS) causes changes in the sensation of the fingers which can lead to permanent numbness, muscle weakness and bouts of white finger.

‘Simple tasks, such as driving, gardening, and even washing up, are a real struggle now, as is just about anything that involves using my hands.

‘Sadly, I know that my condition is likely to affect the rest of my life, but there is nothing I can do about it. I’m just grateful that the settlement will ensure I have the financial stability I need.’

Alex Shorey, the specialist industrial injury lawyer at Irwin Mitchell representing a number of those affected, said: ‘We represent many people in their 30s and 40s who have gone on to develop HAVS they believe as a result of using this specific tool during their employment with PSV Glass and Glazing Limited.

‘HAVS has a severe effect on a person’s daily life and future employment prospects.

‘Sufferers go on to develop a loss of feeling, pain and a lack of fine motor skills in their hands which results in them struggling to work, particularly within the same industry.

‘In addition, the condition often deteriorates over time and there is currently no cure.’