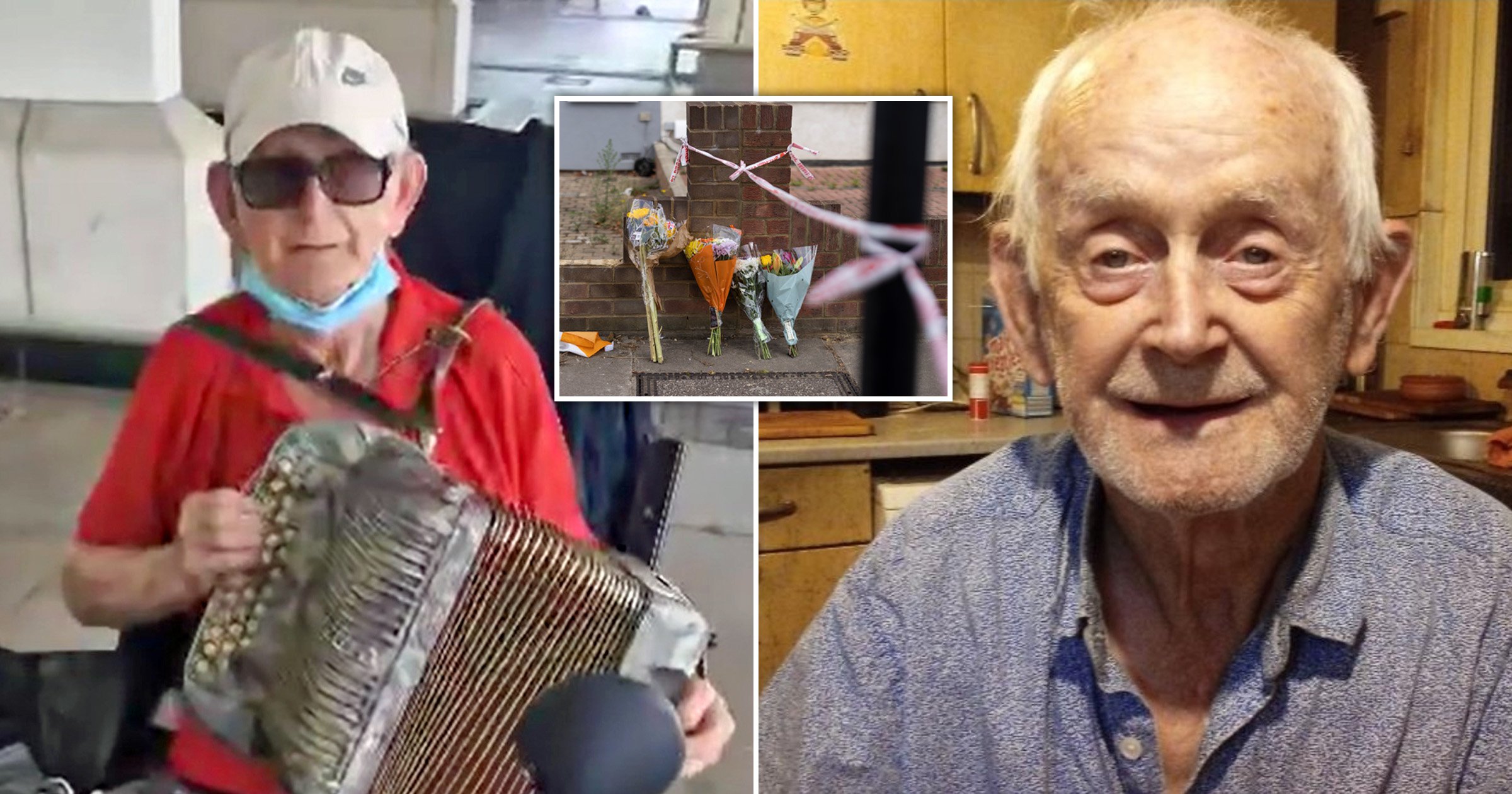 A man has been charged with murdering 87-year-old Thomas O’Halloran as he rode a mobility scooter in west London.

He is accused of stabbing Mr O’Halloran to death at around 4pm on Tuesday, next to the busy A40 in Greenford, west London.

The pensioner managed to travel about 75 yards on his scooter to Runnymede Gardens and flagged a member of the public down for help, but died at the scene.

Originally from Ennistymon, Co Clare, Ireland, Mr O’Halloran was known as a local busker who was raising money for Ukraine.

He’d been seen playing his accordion with a makeshift blue and yellow collection box strapped to the frame of his scooter.

Mr O’Halloran was one of six people to be murdered in the capital in just four days.

Byer was arrested at an address in nearby Southall, west London in the early hours of yesterday.

Investigators are not looking for anyone else in connection with the killing, and the victim’s family have been informed.

Anyone with footage of the incident can share it with the Metropolitan Police by uploading it here.