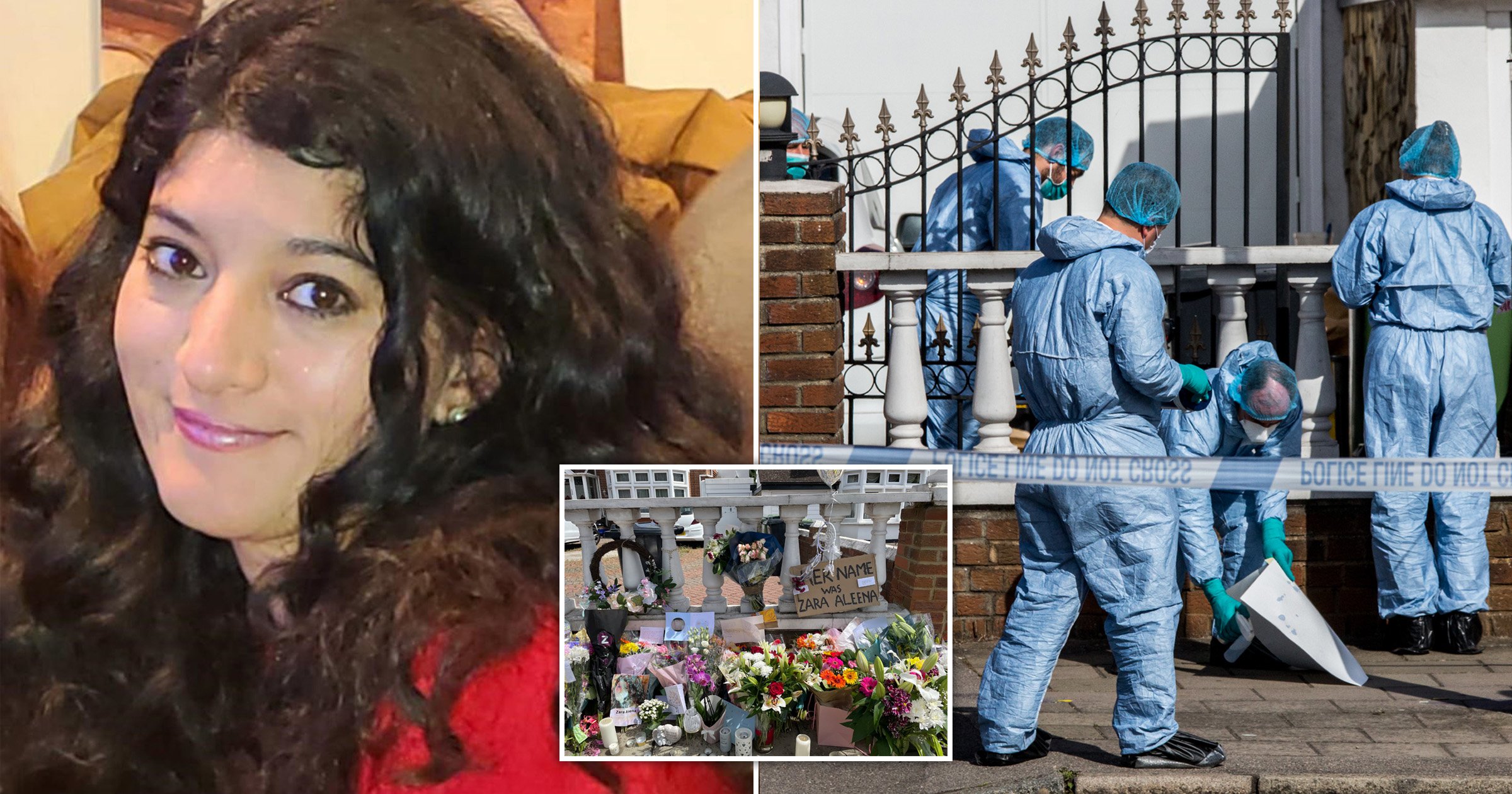 A 29-year-old man accused of murdering Zara Aleena has been remanded in custody.

He is accused of killing the 35-year-old as she walked home from a night out along Cranbrook Road in Ilford, London in the early hours of Sunday.

McSweeney has also accused of robbing Ms Aleena of her mobile phone, keys and handbag, and attempted penetration without consent.

Zara’s family, some of whom have been in court this week, said an ‘insurmountable’ void had been left in their lives.

‘She walked. Zara believed that a woman should be able to walk home’, they said.

The law graduate had been found with traumatic injuries by members of the public on Cranbrook Road.

She was just ten minutes away from her home.

He was seen covering his face with his hands ahead of the hearing before sitting back in his chair, and spoke only to confirm his name and date of birth.

The 29-year-old will next appear at the Old Bailey on September 30 for a plea hearing.

Friends and family have paid tribute to Zara over the last five days.

Her friend of 17 years, Lisa, said they were meant to meet over the weekend but had to rearrange.

In a tribute on Facebook, Lisa shared a screenshot of their final text messages which show a photo of a sunset.

Lisa said she spent most weekends with Zara and described feeling ‘completely broken’.

‘I am shocked, I am angry, I feel sick to my stomach,’ she said.

‘We were meant to be together this weekend but I had to cancel and arranged to meet next weekend.

‘She was just a kind soul, the sweetest girl, she could never harm a fly’, Sabina’s friend Sophie told BBC News.

She added: “Always polite, always bubbly, the sweetest girl that you could ever meet really. So much going for her.”

The University of Westminster said Ms Aleena was a law graduate who last year gained a postgraduate diploma in legal practice.

A spokeswoman said: ‘We are shocked and deeply saddened by the news that our former law school student and graduate, Zara Aleena, has lost her life in such a tragic way. Our thoughts are with Zara’s family and loved ones at this dreadful time.

‘Zara was awarded the LLB with honours in 2011 and the postgraduate diploma in legal practice in 2021. She is remembered clearly and fondly by all who taught her. She was a warm, gentle and open young woman, popular with both staff and fellow students. She would often go out of her way to help others.

‘We have pastoral support available for our students and colleagues affected by the tragic news.’

Zara’s death comes less than a year after primary school teacher Sabina Nessa was murdered by stranger Koci Selama as she walked home through a London park.

A court heard how Selamaj drove to London from his home in Eastbourne to carry out a premeditated attack on a woman after being spurned by his estranged wife.

And earlier this year, 23-year-old Ashling Murphy was attacked and killed while out jogging.

The Irish primary school teacher’s death, like that of Sabine Nessa, prompted fresh debate about violence against women.

Vigils were held throughout the world calling for change.

She was a joy to all of us, her sparkling eyes and the curly, jet-black hair. Her glorious laughter and her sweet, smiling voice. Her tiny frame embodied a passionate spirit and indomitable energy.

Zara was brought up by the whole of our family. She was our love in human form. At the age of five she said she was going to be a lawyer. Shrieking with joy when she spotted the birds as a child – she would giggle and make us laugh. She was always the bigger person in any situation. She was authentic and refused to try and impress anyone but she impressed us. She was the rock of our family. Zara was stoic and held it all together and never complained. She glued our community together.